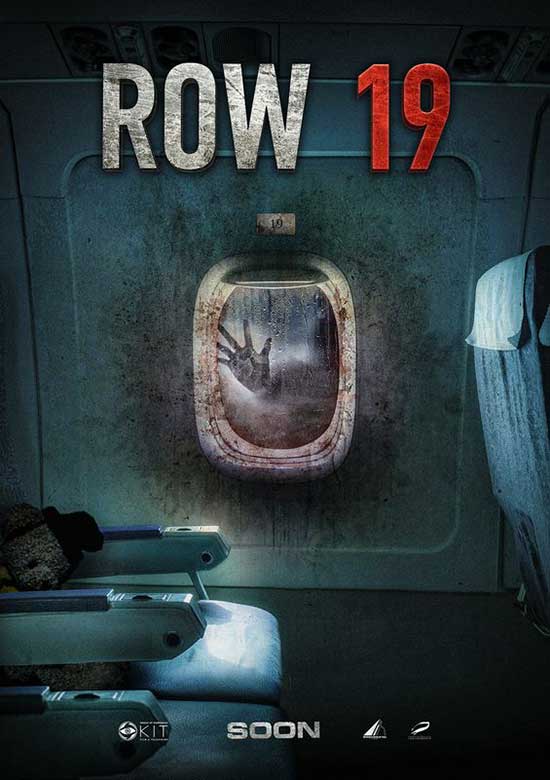 A young female doctor with a 6-year-old daughter is on a night flight caught in a terrible storm. In a half-empty cabin, she faces unexplained deaths of her fellow passengers, loses her grip on reality and relives the worst nightmare from her childhood.

Katrina is a young mother who needs to take a flight during a horrible winter storm as all other flights are being cancelled. The needs of a child, inclement weather, and a flight staff who seem otherwise occupied are taxing her already overstressed mind.

She is stressed because, as a child, Katrina and her mother also took a late flight during a horrible storm. That flight ended up crashing and killing everyone on board, except Katrina.

It doesn’t help that the few passengers on the plane consist of a veteran with PTSD, a grumpy old couple with issues about flying, an agitated business man, a weird hipster who won’t stop drawing, and flight attendants who seem seconds away from committing violence against their charges.

As the flight continues and the weather worsens, the passengers begin suffering from deadly accidents, and the plane itself begins to break down due to the harsh weather conditions.

Meanwhile, Katrina is slowly losing her grip on reality, shifting from the past to the present, all while seeing ghostly figures reaching out for her or hiding just beyond her line of vision.

If you watch a LOT of horror films, you probably have a good idea where the story is going. “Row 19” depends an awful lot on tired tropes and visuals done a million times. (Please stop showing people twisting in weird ways unless there is a legitimate REASON for it to happen!!!) Horror fans watching this will have it figured out within minutes of the film’s beginning.

Even with the film rehashing tired themes and such, “Row 19” has a bigger problem — the dialogue.

This is a Russian film, originally in a Russian dialect. To bring it to the USA for distribution, the distributor had two options: Subtitles with original audio or dub the whole thing into English.

The distributor here, Well Go USA, put a dub track on “Row 19”. A dub track is fine as most folks who prefer dubbed movies are far from being major perfectionists about the dub being perfectly blended with the actors as well as sounding good to the ear. Thank heavens for that because this dub track is hampered by poor blending as well as very stilted phrasing. Some of the sentence structure and phrasing leads one to believe the translation was done by someone with a Russian dictionary and little knowledge of the flow of the Russian language. 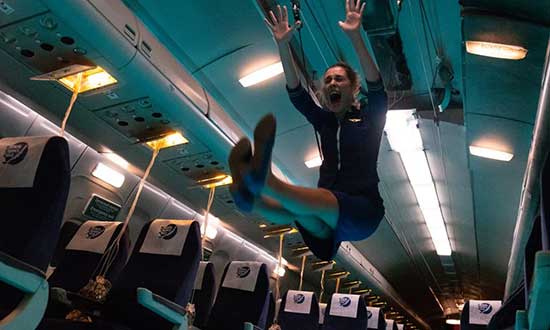 The actors in the film do seem to be doing decent jobs. The physical interactions go smoothly, and the facial expressions do not give any indication of overacting, underacting, or awkward delivery of any of the performances. Even the two little girls in the film seem to bring solid acting chops to the film. Unfortunately, as mentioned, if you end up watching the dubbed version, you will need to make yourself focus on the actors on the scene unless you want to think the film has all the substance of a dreary radio play.

Even with the problems “Row 19” has, the film is a serviceable little film, once again perfect for your parents, grandparents, and/or other friends and family who do not go in for hardcore frights. It has a positive ending, little in way of serious violence (other than one person bursting into flames), and little else that might result in freak outs, family drama, and months of expensive therapy. 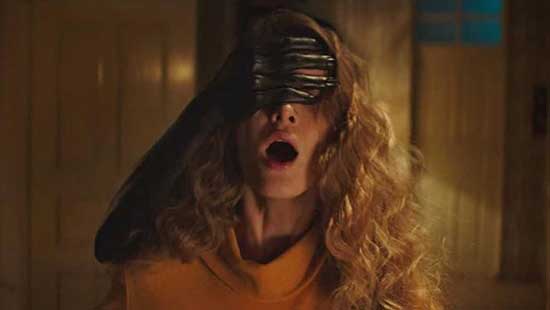 “Row 19” is another of what could easily be a made-for-cable movie from The Lifetime Channel. It has a certain amount of spooky stuff, a little time travel, moral messages about judging and helping others, a fairly appealing cast, and a reasonable tension build-up before an emotion-laden climax. If you have to cram a horror movie into an upcoming family event, you could do worse than choose “Row 19”.