Home | Articles special | Is Horror Stuck in a Rut of Remakes?

Is Horror Stuck in a Rut of Remakes?

If you were to look at the cinema listings and filter out the superheroes and minions, you might see a trend in horror remakes. Candyman is back, Michael Myers is back, Leatherface is back. All we need is Freddie (again), and we could say we got the old band back together.

These horror remakes don’t even need to be explained as a quick cash grab working off of nostalgia. We know the wrap by now. We’ve seen the live-action remakes of old animated classics; we’ve seen the “meh” to “cringe” takes on gaming properties. You might even say we’ve been mining nostalgia for long enough that it’s getting nostalgic.

But it’s a bit much. Is Hollywood running out of ideas? Are directors stuck in a rut of adding more realistic CGI, better blood and calling it a day? We explore here. 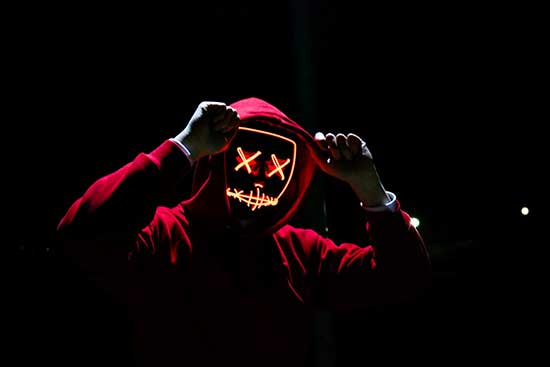 We’re in an age of horror finally bringing something new to the table rather than an excuse to put your arm around a date. Horror has become very introspective and otherwise disturbing. Did anyone come out of Get Out thinking about the smack on the head with a ball that Chris landed? The most blood you see in the movie. No, you remember the horrifying fact that you’ve probably said one of the ignorant comments from the garden party scene.

And Get Out was the start. Suddenly horror was thoughtful, full of meaning, designed to be picked apart more like a fantasy epic or bringing something else to the table, like laughter, in the case of Freaky (starring GGPoker Master of Ceremonies, Vince Vaughn). Other films that would fit this would include the other Jordan Peele project, Us, the massive metaphor for toxic relationships Midsommer, the film you couldn’t eat popcorn in, A Quiet Place, and the latter Purge films.

And then there were others who would at least attempt this introspection, even if they missed the mark, like Mama, Old, or Lamb.

These movies might be good, but there is no way you can deny, especially looking over the past cinematic year alone, that there is a lot of 80’s and 90’s horror remakes coming back. The Candyman, Texas Chainsaw Massacre, Halloween Kills, were all released in 2021, bringing iconic villains back to the 21st century with the general consensus of a hearty shrug. They weren’t awful, but not worth recommending either.

Now that they appear to have run down the list of 80’s classic horror movies, it seems producers are looking to Old Hollywood for inspiration. We’ve already had The Invisible Man, but other titles in production

Bride of Frankenstein, An American Werewolf in London, Jekyll, and Nosferatu are all in various stages of production and set for release in the next couple of years.

The Invisible Man is the middle ground between these two directions that horror movies can take. An iconic Old Hollywood IP was modernized in a style that not only didn’t destroy everything the IP stood for but made it even more horrifying. You literally can’t see 90% of the violence happening in the movie, and yet you feel it. It offers an element of relatability that makes it especially horrifying. Narcissistic relationships, stalking, domestic violence are ideas that too many of us can relate to, more than a lonely guy having an experiment go wrong and sitting in his hotel room trying to fix it.

If more of these movies take older movies and inject them with horrifying reality, I would say that’s a job well done. We won’t sleep for a week.