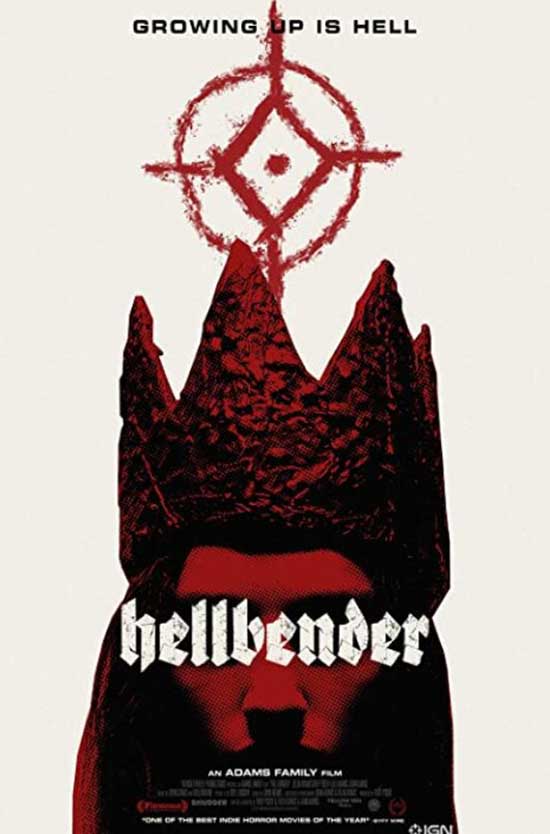 A lonely teen discovers her family’s ties to witchcraft.

“Hellbender” (2021) begins with a witch being hanged and then shot in the head multiple times before she launches into the sky as she bursts into flames.

Okay, movie, you have my attention.

The movie shifts to Izzy and her mother. They live in the mountains, far from civilization. They perform Goth rock tunes with Izzy on drums and the mom on bass. They don’t use any cell phones, TVs, radios, or computers. They dine on moss, bark, pinecones, berries, etc. 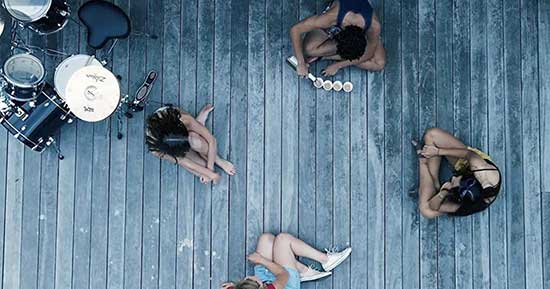 It seems that Izzy, like her mom, is part of a line of witches who wield great power and work in flow with nature. The teenaged girl has been blind to her heritage as her mother worked to keep her child from the world by living in isolation. Civilization finds it way into their lives through meeting a lost stranger, an event that causes Izzy to seek out other people living in the mountainous area.

When she participates in a drinking game with new-found friends, Izzy consumes a live worm. She had never tasted flesh before. The incident is the beginning of a massive change in the lives of Izzy and her mother, as well as a few unfortunate people and a good number of woodland critters.

If you want traditional horror with the usual body count and buckets of gore, “Hellbender” will not scratch that itch. The horror is more personal as the film attempts to give equal sympathy to both the mother and Izzy. The mother wants to protect the world, her child, and herself by keeping her child ignorant of her powers. Izzy is a young woman who craves a larger life, unaware of how different she is from the rest of the population. 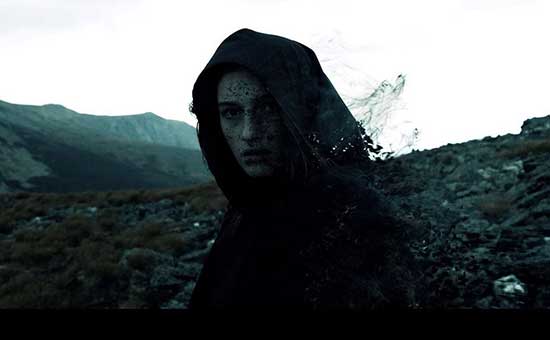 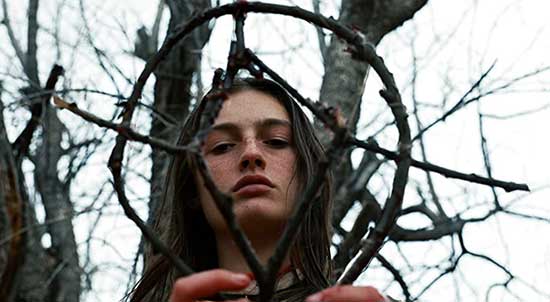 “Hellbender” is low budget, but the film embraces the lack of budget, utilizing few locations, LOTS of scenes in the forest, and a minimal cast. In fact, the bulk of the cast consists of the folks who wrote, directed, produced, and edited the film, as well as handle the photography and music.

Low budget movies that sound like vanity projects usually suffer on many levels (Yes, we are pointing at “The Room” to prove the point.). Here, these people are all part of a family in real life, and they have rather impressive talent. The mother and daughter, Toby Poser and Zelda Adams, actually have a band, and their music, used in the film, is pretty interesting, as it enhances the dream-like visuals. (You can find some of it on YouTube under Hellbender.) The camera work and editing give the film a look that feels expensive while lovingly framing the characters and props in a naturalistic fashion. 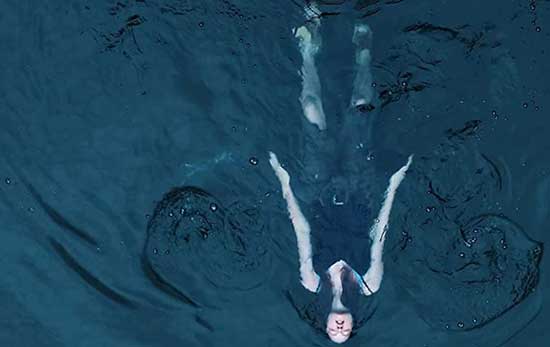 One of the best things about “Hellbender” is that you can see the film as having many different meanings, depending on your mood that moment. At face value, it is a story of a child kept from knowing who they are and how that never works out too well for anyone. Seen another way, the movie could be about a parent’s fear of losing their child to the world as she comes of age, and the child’s need for growth beyond the family. The film could be viewed as a commentary on generational conflict as the mother appears to be Gen X and the daughter is Gen Z, and their attitudes on using their inherent powers are at odds. Without giving away too much, there is the angle of the mother knowing she will be replaced by her child as the tradition dictates so she keeps the daughter ignorant as a way to save her own life.

“Hellbender” (2021) is a film that improves with multiple viewings. First time through can be a bit awkward with fantasy and reality blurring together. Once you know the ending, the additional viewings will make previously casual scenes take on MUCH greater meaning and reveal better insight into the characters. Worth checking out if you want a visually intriguing and multi-layered film that spins its meager budget to its advantage. Just don’t look for jump scares and guts hanging from the trees.