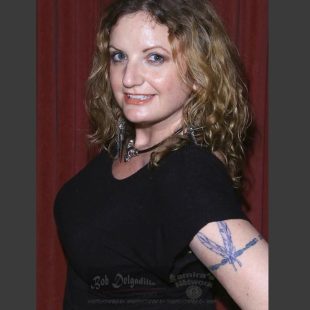 How did you come up with the story of Black River?

To make a long story short: Several years ago, I was visiting my family in Ireland. My cousin and I were walking in a grassy area, and he pointed off to the distance and said there was a Viking burial ground there. He proceeded to tell me a ghost story about the area.

A few years after that, my friend, Sebastian Carrillo, and I were drinking a couple of pints of Guiness at a pub in Santa Monica. We were thinking of different story plots for an animated film. He’s an animator and visual effects artist. I just remember taking a sip and saying Vikings and he said “Yaa! Vikings!” And most of our conversation after that consisted of, “Ya! Vikings!” I honestly don’t remember the whole conversation.

Then a few years after that, I sat down and wrote a story based on Vikings invading Ireland.

Dublin means “black pool.” Dublin, Ireland was once a Viking settlement. So, I named the story “Black River.” 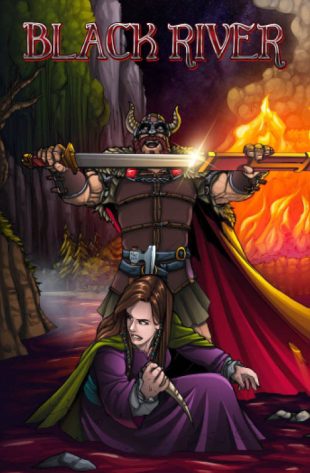 Why make it into a comic book?

The story was originally written as a short, animated script. There was some interest in the script by a couple of companies, but life happened. I didn’t think about making it into a comic book until after I moved out of Los Angeles. I sent the script to Jason Dube at Scattered Studios to see if he thought it would make a good comic and he liked the story. A couple years after that, I was diagnosed with a small unruptured brain aneurysm. I had some extra cash and decided to have Jason and his team proceed with making the story into a comic book. My musician friend Martin DeBourge also sponsored the first issue of the comic book to help finish it. So, the comic book became a bucket list item. 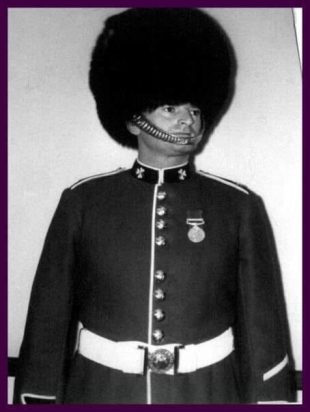 This book is dedicated to Patrick Richard Whelan. Tell us how his story is linked with the story of Black River?

Patrick Richard Whelan was my father. He passed away in 2000 from a major coronary attack. He had just turned 60. My father was born in Clonmel, Ireland but joined the British army when he was younger. He was an Irish Guard in the British Army for 22 years and served in small, British involved wars.

My father was the person who got me into horror films and war films. He used to tell my sister and me ghost stories about Ireland and England. 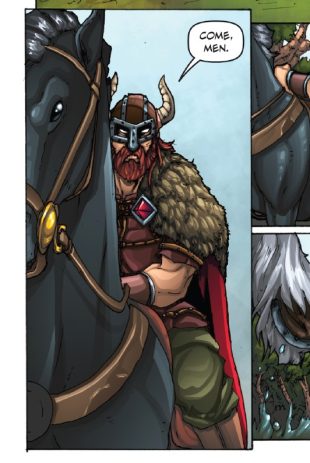 What can you tell us about the Brain Aneurysm Foundation?

The Brain Aneurysm Foundation is a non-profit organization that helps raise awareness and funds research for brain aneurysms. A lot of people don’t realize they have an aneurysm until it ruptures. Or some have their unruptured aneurysm discovered due to other medical conditions that require an MRI or CT scan. Mine was discovered because I was having bad migraines with aura. My doctor had an MRI done of my brain and the unruptured aneurysm was seen on the scan. I came across the Brain Aneurysm Foundation when I was researching the medical condition. Information you find online about the condition varies. There’s not a lot of information about people living with an unruptured, aneurysm that hasn’t been clipped or coiled. Therefore, I believe more awareness needs to be made for the medical condition and more research needs to be done about the condition. The foundation has an advertisement in the first edition of the comic book to help spread awareness.

You can find more details about the foundation and how you can help on their website – www.bafound.org/

Are we going to see more issues of Black River?

I do have a second issue planned for Black River. I just need to raise the funds to get it made. The original animated script was cut in half to make an issue #1 and an #2 comic book. The first issue of the comic book is more of an intro to the second issue. The second issue will touch more on supernatural events and will have more gore in it. I do have a story idea to continue with the series, but I’ve been too busy to write anything creative.

How can people get Black River?

I will be posting updates on the Black River Comic Book Facebook page – www.facebook.com/BlackRiverComicBook.

Let’s talk horror. What is your favorite horror film and why?

My favorite horror movie is Clive Barker’s Hellraiser. I always liked the character design in the film and the story. The practical effects are great, too. Pinhead is such a great character. He’s evil and likes to inflict pain. He’s also oddly attractive with all the pins in his head. Pinhead’s back story is revealed in a later movie showing that, as a human, he served in the British Army as Elliot Spencer. My dad was also in the British Army but didn’t have pins in his head!

Puzzle boxes are so much fun to play with and how could someone not like watching people having their soul torn apart?

How does Black River fit in the world of horror comics?

Supernatural events and blood splatter gears Black River towards the horror genre. The first issue teases horror and supernatural events. The second issue has more horror elements to it like more blood, gore, and weirdness. Or at least the comic book version of gore. Blood splatter is a little different in films.

Do you aspire to create other horror comics?

I am interested in creating more comic books. They’re honestly easier to make than a film. Jason Dube and his team at Scattered Comics are extremely talented people. So, I know the comic book will look good. I just have to see where my creative brain takes me next. 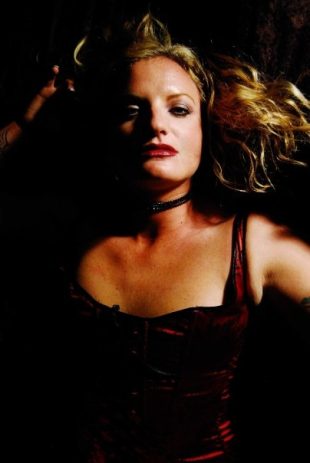 Are you working on any other notable projects?

I’ve been helping one of my long-time friends, Marjorie DeHey, with some paperwork for her new film, Immortal Thieves – The Bloody Heist. It’s a supernatural thriller involving thieves. She wrote and produced it. I’m almost done with the paralegal program at Pasadena City College. So, I’ve been doing my legal internship with Marjorie. She’s been an attorney for several years.

Other than that, I’ve been working in indie film licensing and programing at a small independent television station in southern California called KVVB TV.  It’s an over-the-air local television station that can also be watched on Roku, Amazon Fire TV Stick and on the KVVB TV website. I like working with independent content providers and advertisers. I sometimes help with our own original content doing camera work, editing, or whatever my boss or a director needs help with.