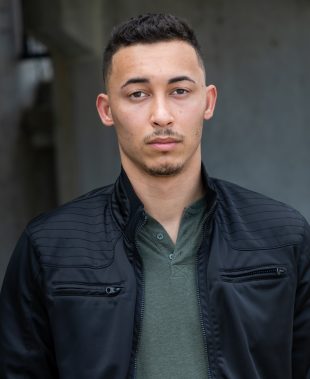 How did you get attached to HARVEY?

– Ranelle Golden, our writer/producer/co-director, mentioned my name to Johnny Alonso and they both made a mutual decision to cast me as Harvey. Ranelle has mentioned multiple times that she wrote Harvey with me in mind.

Tell us a little bit about your character, Harvey?

– Harvey is a bad attituded pessimist but has a good heart underneath all the baggage that covers it. Harvey loves the people he loves and hates the people he hates; he is an extremist when it comes to his relationships with people.

How was it working with the directors, Ranelle Golden and Johnny Alonso?

– Ranelle and Johnny were both trusting of my decisions and choices as an artist and were both receptive of my questions, concerns, or statements. It was a two-way street every day on set and that is something I am grateful for as an actor.

– My favorite scene was the scene with Harvey’s mother where he snaps at her and takes the beer back and leaves. It was a moment of emotional purging for Harvey and his mother happened to be the one there to receive it. 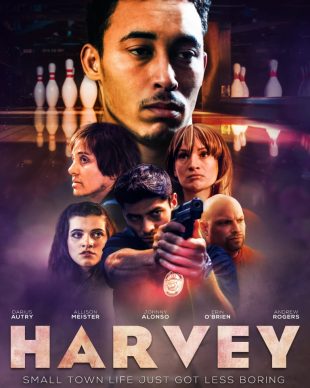 – The strict schedule that we had to follow under strict circumstances. We had to use the bowling alley at 5am and be done by 12pm. We had a lot of shots to get done and there was a lot of pressure on everyone.

– The bowling alley was such a unique set. There was a lot that we could do visually that helped the aesthetic of the film. Our Director of Photography and Editor, Shannon Lanier, had a blast taking advantage in the location where majority of our film resides.

– Paranormal Activity. I grew up watching them all! 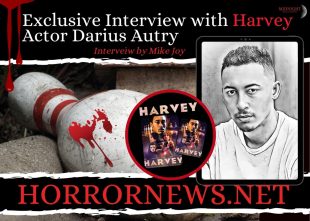 – I tried it out in college, and it ended up elevating my quality of life making me an overall happier person. I was originally a finance major and changed my major to drama in order to pursue my newfound dream, to be respected by the best as a great artist.

– Denzel Washington and Leonardo DiCaprio. They both bring so much creativity to the table, but also do it in a naturalistic and comfortable way. Their approach to the work aligns with who I am and what works for me.