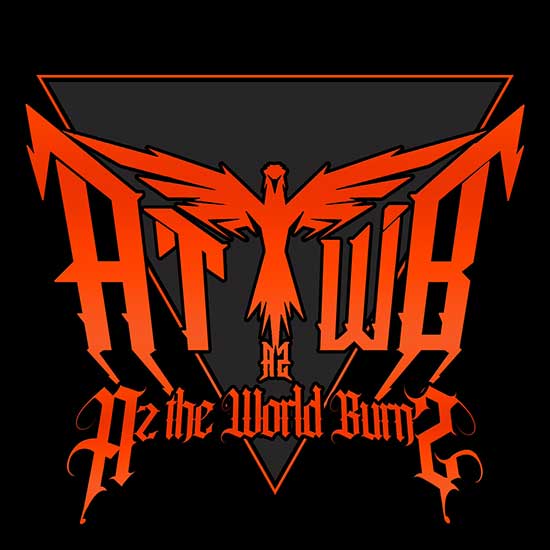 Tucson, AZ based, metal harmony band AZ THE WORLD BURNZ has released the official music video for their debut single, “End of Suffering.” With the single produced by Elias Tannous (CRAZY TOWN), “End of Suffering” was directed by Louie Cohen (EPIDEMIC MEDIA), and was written in tribute to late local musician and friend Jesus Manuel Ramirez, Jr.

“That night, off in the distance, I overheard the triumphant sound of a horn, whilst wandering across what remained of a scorched, Southwestern wasteland. As the blanket of darkness covered the ash-filled desert, appearing before me was a large phoenix, with fiery scarlet wings and bold streaks of golden feathers. With enormous wingspan, I watched it rise up to the heights of towers, illuminating the smokey, night sky. Also, emerging from the flames, spawned four horsemen who would ride forth through the cities as a group, transcending the musical arrangements of the times into a unique crossbreed of genres fusion infectiously adorned by many nations. It was at that moment, I knew the end wasn’t near. In fact, it was right here. It was the end of one era and beginning of another. And as for me, this meant the “End of Suffering”.” – Local Tusconian

Az The World Burnz emerged from the ambers and onto the music scene shortly following the sudden death of a member in their music community, Jesus Manuel Ramirez, Jr. In honor of their late friend, their debut song “End of Suffering” was birthed, trailblazing into existence a first-of-its-kind, multi-faceted, quartet harmony group. In collaboration with Elias Tannous, from the 9-times platinum band, ‘Crazytown’ (best known for their international hit “Butterfly”), their new single reaches out to the listener who’s ever experienced losing a really good friend. Due to release on February 4, 2022, “End of Suffering” brings an enthralling uniqueness of sound that unifies the fusion of metal, soul, and rap into a refreshing blend of harmony that could end all wars. Also known as A-T-Dub-B, this Tucson-based music group seeks to collaborate with artists/bands in various genres including metal, hip-hop, EDM, rock and country. Packing that much diversity of sound, the music world will definitely want to hear more from them.