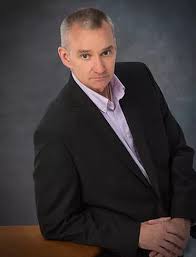 What inspired you to write The Clearing?

The idea for this book came from a true story. Several years ago, I saw a screen shot of an old newspaper article about a dog that carried a human arm out of the woods. As a horror writer, I thought, man, that’s a great opening for a novel. I started doing some research on it, and the story only got weirder.

The arm belonged to Jeanette DePalma, a sixteen-year-old girl from Springfield, New Jersey who went missing in August of 1972. She was last seen hitchhiking in the Springfield Township and her body was later discovered in the Houdaille Quarry. On September 29th, the Elizabeth Daily Journal ran a story with the headline “Girl Sacrificed in Witch Rite?”

The article claimed the investigation was focused on witchcraft and Satan worship, and that DePalma’s death may have been a sacrifice performed as part of a Satanic ritual. There were claims of crosses made from tree branches and other occult symbols found near the body. Keep in mind, this took place almost a decade before the start of the “Satanic Panic,” and a year before the release of The Exorcist, so this was pretty groundbreaking stuff.

Do you flesh out characters before you start writing the story?

I don’t. When I start a new story, I often just have one scene in my head, maybe even one character, and go from there. I am the extreme definition of a “pantser.” No outlines, no character sketches, just…ideas. The characters take shape as I write. Someday I’ll learn how to outline.

What is your writing process like? How many hours a day do you sit down and write?

My writing process is pretty ad hoc. I often jump from one project to another or drop everything to write a short story that just popped into my head. The time I write varies. Sometimes it’s only a half hour or forty-five minutes. Other times it can go several hours. I do participate in National Novel Writing Month every November and have managed to write fifty thousand words several times during the annual November challenge.

Why do you gravitate to writing horror?

I’ve been asked this question a lot, and I still don’t have a great answer. I grew up watching horror movies – the old Universal monster movies and the B flicks on Creature Double Feature on Saturday afternoons. I always loved reading mysteries but favored the ones that had a supernatural aspect to them. When I was thirteen, I picked up a book off the spinner rack at a local Woolworth’s. It was all black with the embossed face of a child and a single red drop of blood. It was, of course, Salem’s Lot. Once I started reading that, I couldn’t stop. And I was hooked.

What are your favorite works of horror?

I’m not sure we have time for this conversation! It’s no secret I’m a huge Stephen King fan. IT is my favorite horror novel. King called it his “final exam on horror,” and I think that description sums it up pretty well. Other favorites are Boy’s Life by Robert McCammon, Summer of Night by Dan Simmons, Turn of the Screw by Henry James. More recent favorites are Goblin by Josh Malerman, Pen Pal by Dathan Auerbach, and anything by CJ Tudor.

What powers your creativity?

Caffeine, mostly. I guess I’ve always had a very active imagination. It’s great for writing but not so great for anxiety. I do read a lot, in almost every genre as well as non-fiction. There’s no shortage of ideas spinning around in my head, it’s the time to write all the stories that’s lacking for me.

Do you have a favorite character in The Clearing?

Great question, and one that I would probably answer differently each time I’m asked. One thing I’m very proud of in my work is my character development. I try to make every character as real as I can. That means the protagonists aren’t always good, and the bad guys might not be as bad as they seem based on their actions. Hannah is the main character and the obvious choice for a favorite, but there are aspects of Ashley and Jake that I love. Even Mrs. Cheevers really came to life for me, especially in book two.

Did you ever write yourself into a corner and what is the trick to get out?

This happens more often than I like to think about. Because I don’t outline, I often end up with timelines that don’t make sense or a character’s action that goes against his or her arc. I don’t think there’s a “one size fits all” cure for getting out of those situations. Sometimes, it’s as simple as changing a few dates when events occurred. Other times, it’s a lot more work. I’ve had to go back and rewrite every scene a character appears in to make sure his/her actions make sense with where the character ultimately ends up.

What message would you like to give the readers of The Clearing?

I usually don’t set out to write a book with a specific message. Often, as I write, the characters’ actions define the theme or tone of the book. The Clearing is really a book about friendship and kids just trying to survive that awkward time between childhood and being an adult. I’d like readers that age to see they’re not alone in going through tough times, whether it’s relationship struggles with their parents, fitting in at school, first boyfriend or girlfriend, or the loss of a parent. There are others feeling the same way and it will get better.

What’s next for Tom Deady?

I’m just wrapping up the first draft of the sequel to The Clearing, and I’m close to finishing the sequel to an earlier novel, Eternal Darkness. I’ve also got a nonfiction work related to Stephen King that I’ll be pitching soon. And I’m kicking around an idea about a more mainstream novel or novella. 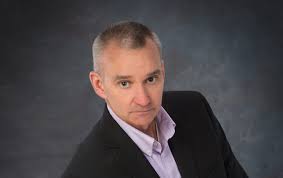 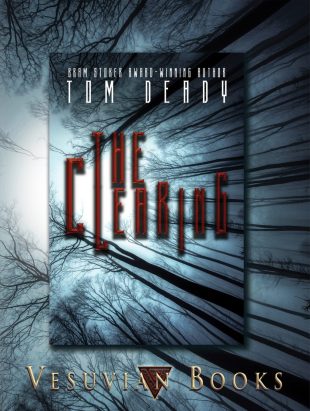