Directed By Bron Theron and Also Starring Jason London, This Supernatural Thriller Has A Huge Twist You Won’t See Coming 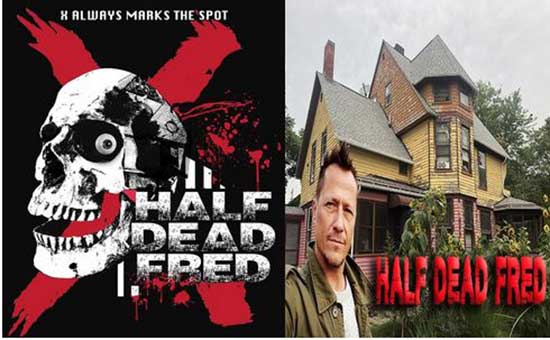 Half Dead Fred, a film by Bron Theron starring Corin Nemec (Parker Lewis Can’t Lose, Stargate SG1, The Stand) and Jason London (Dazed and Confused, The Rage Carrie 2, Man in the Moon), is set to begin filming in Flint, Michigan this fall.

Described as a cross between The Sixth Sense and China Town, the story revolves around Freddy Nash (Nemec), an alcoholic who was involved in a tragic accident that claimed the life of his young son. Following these horrific events, Freddy is able to see and communicate with spirits. Using his new found abilities, Freddy becomes a medium detective. His work brings him to Flint, Michigan to investigate the mysterious murder of the caretaker of an abandoned estate. It soon becomes clear that something very sinister and supernatural has occurred in the old house, and Freddy’s investigation takes some very unexpected twists and turns.

LA based writer/director Bron Theron, who has been traveling to Flint since 2017 working on murals with the Flint Public Art Project, felt an instant connection to the community and its residents. He was inspired to shoot a horror movie there after reading about strange instances that have occurred in the book “Haunted Flint,” written by the film’s producer Joe Schipani, who also has a small part in the film playing a character based on himself. The film is also produced by Flint documentarian Jessica Revoldt. It’s very important to the team to involve Flint residents and local businesses and are looking to cast as many actors from Flint as possible.

Corin Nemec states “I’m really looking forward to Half Dead Fred, a great film noir/thriller to be filmed in Flint, Michigan and playing an alcoholic medium detective. Will be a classic!”

The film’s cast and crew participated in Flint’s Comic-Con this past weekend and the movie is set to release in 2022. For updates and ways you can get involved, follow @HalfDeadFred on Facebook and Instagram.