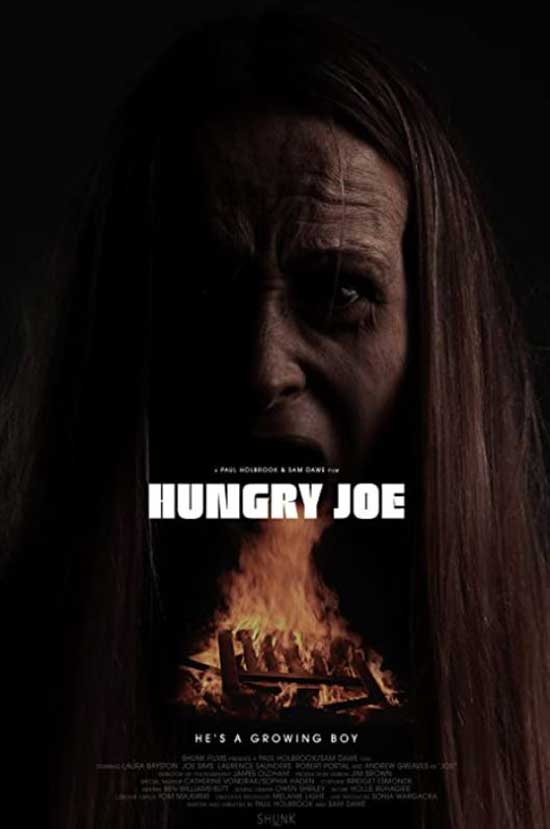 A single mother struggles to bond with her apathetic child, born with an insatiable and increasingly inhumane appetite.

Laura and Craig (Laura Bayston, Joe Sims) are starting out on their life together. A new marriage, a new house, and soon a baby on the way. Life is sweet and it only gets better…

Yea, no. I don’t do those kind of movies.

See, when the little bundle of joy arrives, he seems to have an eating disorder. That is to say, he eats everything. And I mean EVERYTHING. Food, bar of soap, garbage….he just can’t get enough to eat ever. 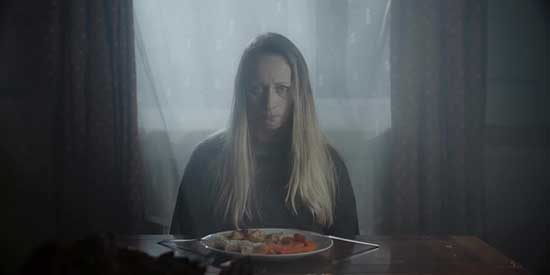 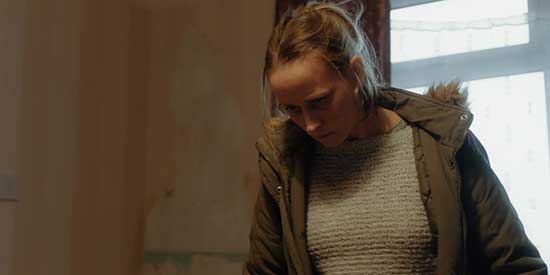 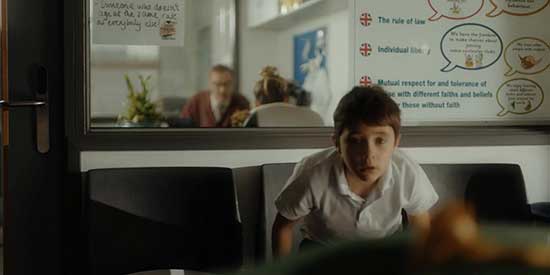 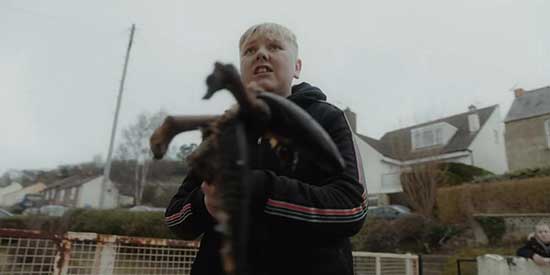 Laura gets all the usual condescending advice but no one seems to see what the real problem is. Eventually, it destroys her marriage, her life, her faith, and she finds herself alone with this mess. And as young Joe grows older, his appetite only gets larger.

There is a lot to unpack in this film. First of all, the way Laura gets treated by everyone, talked down to, essentially accused of failing her child, only makes things worse. Anyone new to the baby game has probably experienced a bit of this – everyone telling you how you SHOULD be doing it, like they know everything and you’re an idiot. No matter how hard Laura tries to explain the real problem, no one listens. Pretty frustrating, I would think.

Ms. Bayston is so incredible in this film.  She does such an amazing job of showing us how the weight of this nightmare is slowly killing her. Joe is played by a succession of young actors, those actors  being George Morgan, Taylor Sweet,  and Andrew Greaves. All of them do a good job but the real heavy lifting is done by Mr Greaves.

Also, if you are a fan of British television, this thing is a parade of cameos by faces you will find familiar.

Oh and if you are one of those people who hate the sound of people chewing…I have some bad news for you….