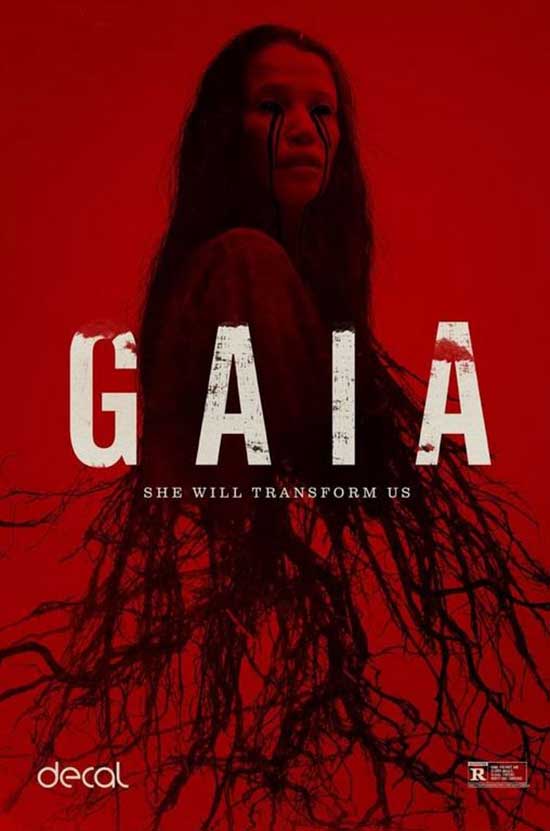 An injured forest ranger on a routine mission is saved by two off-the-grid survivalists. What is initially a welcome rescue grows more suspicious as the son and his renegade father reveal a cultish devotion to the forest.

I cannot say that I have ever dosed on ‘shrooms for altering my mind, but I get the feeling a few people behind the making of “Gaia” may have.

Not meant as a slight or an insult to those folks. The whole movie pretty much kicks off with a couple of back-to-nature guys saturating the air with mushroom spores, and the rest of the movie has an altered reality feel with a few seriously trippy scenes with ominous lighting.

A simulated psilocybin adventure by way of John Borman’s “The Emerald Forest”, perhaps? 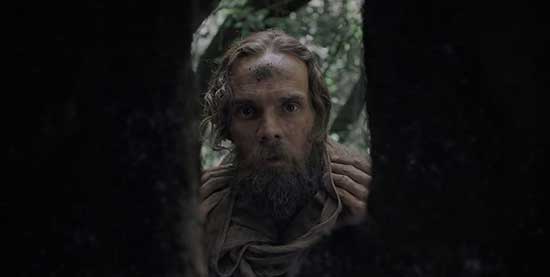 Gabi and Winston are checking up on various cameras deep in the wilds of a lush forest/jungle somewhere in Africa. Even the freaking wilderness isn’t safe from surveillance cameras. As they row down a stream to the checkpoints, Gabi is flying a drone over and through the trees.

Suddenly, she sees a person standing amongst the foliage. Instead of noting the location, Gabi figures it is perfectly reasonable to fly spinning blades right in the person’s face and then the drone goes dead.

Thinking a city girl with some wilderness training will be fine, she opts to wander through the dark surroundings to find the drone. Winston tries to talk her out of it, but the script says otherwise so off she goes. 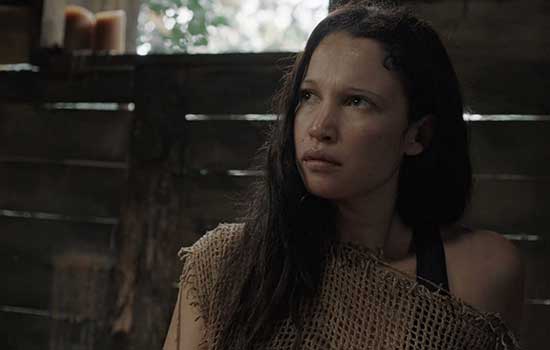 Soon, she is injured by one of the many traps the nature boys have set up. Hobbled by her wound, Gabi finds a shack in the forest. Disregarding personal space and privacy, she pushes her way in.

You guessed it! The place is the home of the two dudes in the woods. Meet Barend and his son, Stefan. They have been living in the wild since Barend’s wife, dying from cancer, wished to return to the little house where she and Barend had their honeymoon.

While living in the wilderness, Barend realized that the land was more than just dirt, trees, and water. He recognized it as a cohesive living being. A being that was preparing to reclaim what Humankind had taken from it.

At the beginning of the film, the main characters of Gabi and Winston leave a sour taste in your mouth. Gabi invading someone’s personal space with a dangerous drone and lack of concern for the property of others coupled with Winston, supposed a seasoned wilderness ranger, dropping everything that could save him and panicking at every noise in the tree line. We are supposed to connect to these people? 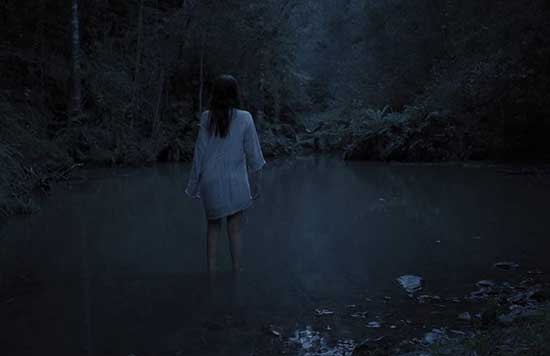 Gabi keeps pushing the wonders of technology onto Stefan when he seems quite content in the forest. When she starts showing him alluring selfies she took, you have to start wondering about her moral stance and why would someone so addicted to technology would want a job working in the wilds.

Berend, a former professor, realizes that no matter how hard we move away from Nature, in the end, we are all reclaimed in one way or another, and that Gaia/Nature/Earth is prepped to assert Itself in ways humans will not understand. He worships and prays to this entity and serves it well.

Instead of taking those two opposing ideologies and forcing them to confront each other, the film instead opts to devolve into body horror and making Berend into just another person with a crazy obsession. Trying to appeal to the lower common denominator derails a film that showed the potential for a serious mind-melting conclusion along the lines of Peter Weir’s “The Last Wave”. 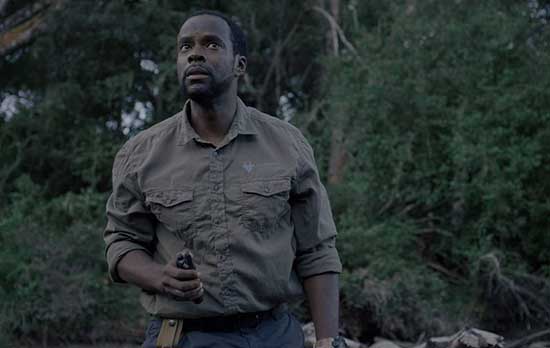 On the plus side, the performances are uniformly good. Even Anthony Oseyemi (Winston), who has the smallest role of the major characters, makes his character more inviting than Gabi, who is in nearly every scene, and given his repeated annoying missteps, that is no simple feat. Carel Nel as Berend makes his character sympathetic before the script dumbs the role down to obsessed lunatic. Alex van Dyk plays Stefan as the innocent without making him seem backwards or clueless.

The photography and environment are clearly the stars of this film as the camera captures the beauty and the horror of living in a primeval world where you do not dominate — you coexist and survive only through acceptance of the way Nature functions. Even shots of mushroom spores floating through the air take on an ethereal beauty. 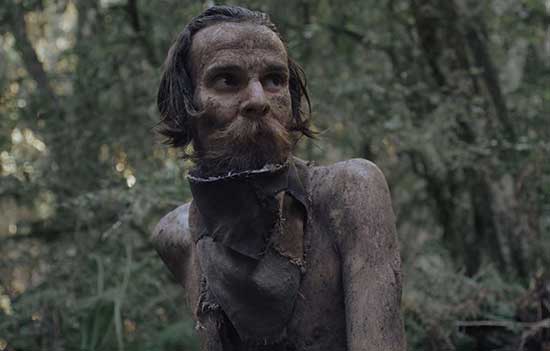 For fans of the video game “The Last of Us”, you may be happy to see the Clicker creatures faithfully recreated for the rather pointless horror scenes that feel forced into the film. If that is what would draw you to this film, then you will most likely be bored out of your mind as they only get a few minutes of screen time while the rest of the film is people talking in a room. 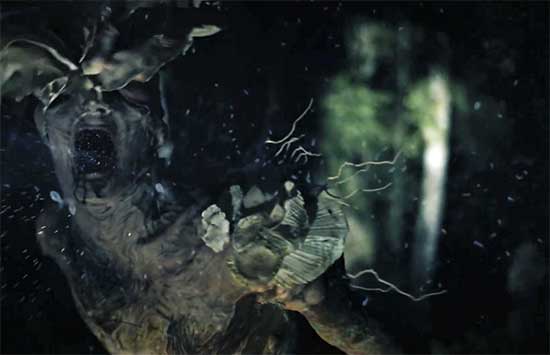 “Gaia” is a beautiful-looking, well-intentioned movie that brings up valid concepts that seem very relevant to certain things going on in our current world, but instead of seeing these ideas through to the end, the film gives in and offers up an ending that panders to standard horror film tropes. A misfire that may be worth checking out if you want some interesting thought candy before the whole thing wrecks the ending for a simplistic resolution.