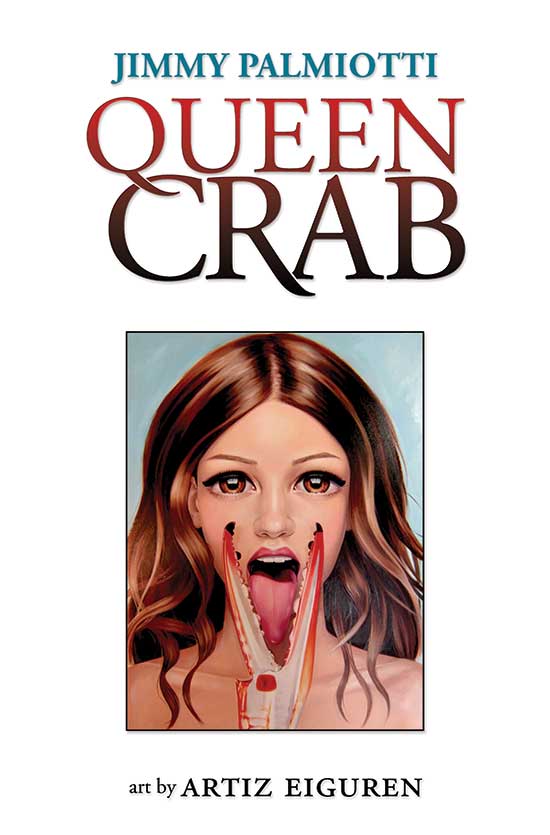 “Queen Crab” follows the adventures of Ginger Drake, a seemingly normal Brooklyn girl navigating her way through a life that seems to always be way out of her control. After being pushed off a boat by her husband, a mysterious underwater encounter leaves her with giant crab claws. As Ginger struggles to get back to a “normal” life – if that’s even possible -she also tries to exact revenge on those that put her in this position. “Queen Crab” is a timely story about real empowerment, full of twists and turns.

“‘Queen Crab’ is an edgy mix of the take-charge attitude of ‘Booksmart,’ the joyfully unexpected revenge of ‘Promising Young Woman’ and it’s all served up with the eccentric humor and quirky backdrop of a Carl Hiaasen novel,” said Ohad Ashkenazi, CEO of MiLa Media. : “We rarely come across such an original, cool and timely IP such as Queen Crab. The minute we read the novel we knew it must be introduced to a wide audience”.

“My frequent writing partner Craig Weeden and I are excited to work with the crew at MiLa Media to bring ‘Queen Crab’ to the screen” says Palmiotti. “I cannot wait to show the world what we have in store with this original and edgy take exploring the themes of empowerment, revenge, and redemption.”

The series, set in NYC and Florida’s Everglades, will be produced by Ohad Ashkenazi and Phil Newsom of MiLa Media.

MiLa Media is an NYC-based production studio that creates, develops, and produces thought-provoking entertainment in every type of media, ranging from feature films to social media short forms. Some of MiLa Media’s past projects include the feature thriller “Every Time I Die” now airing on NETFLIX, and “Waiting for Godot,” a co-production with The New Group and John Ridley’s No Studios, starring Ethan Hawke and John Leguizamo.