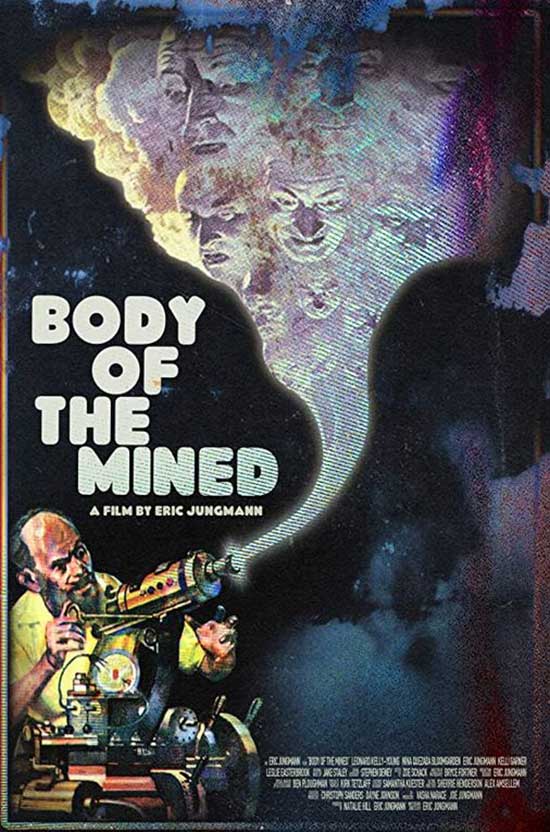 A quiet, young woman moves into a new building and meets a reclusive engineer at the brink of completing a bizarre, extraordinary machine.

Eric Jungmann (Not Another Teen Movie) directed, wrote, and stars in Body of the Mined. Ben (Leonard Kelly-Young) is doing experiments and then we meet Victor (Eric Jungmann).

Victor and Mallory (Kelli Garner) are causing chaos and messing with everyone. I have a feeling this isn’t going to turn out well for Victor.

And, it gets worse, oh lord Blu. It turns out, Ben has a secret. This was a fascinating story. It was something different. It goes to show that you never really know your neighbors. What a wild psychological film.

Make sure to check out Body of the Mined.