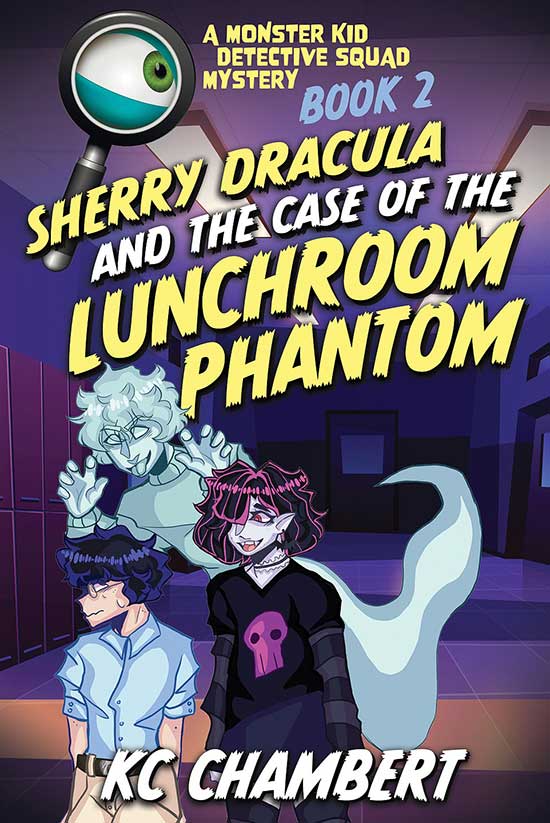 Check out BOOK #2 in the MONSTER KID DETECTIVE SQUAD series!

Sherry Dracula is a young, headstrong vampire in Frightsville, and when her friend Kenny, who is the lunchroom monitor at Frightsville Middle School, tells her that someone (or something) is stealing food at night from the cafeteria, she teams up with him to stop the thief and catch them red-handed.

Except things take a wild turn when they discover that a mysterious phantom may somehow be involved! Can Sherry and Kenny gather enough clues to figure out what’s really going on and save the school’s failing lunchroom program before it’s too late

Out now in Paperback and Kindle
Castling Books/Castle Bridge Media