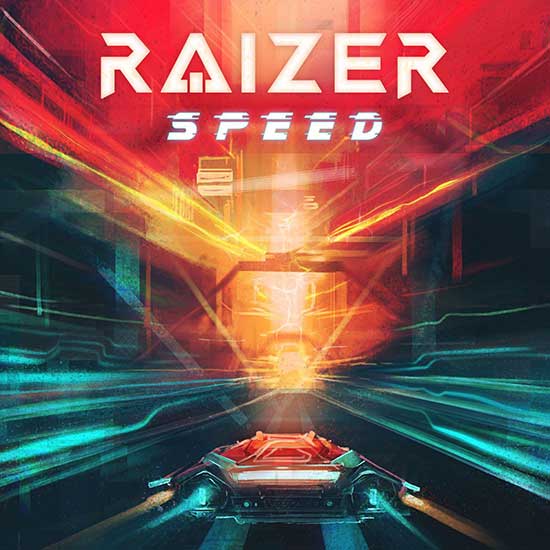 Raizer’s signature blend of drum and bass with modern rock rips through the speakers on the group’s latest creation, “Speed.” The song’s deep rhythmic groove perfectly supports catchy guitar riffs and a powerful vocal performance for a track with repeat playing power.

“As a child, I was a participant in a police chase. My uncle sometimes took part in street races. I really wanted to see one because I was a fan of Formula 1 and NASCAR and my Uncle took me to one. This day he did not participate. In the middle of the race, the police came and we had to drive off at a crazy speed! This was a day I remembered for the rest of my life and inspired me to create this song.” – Raizer

“Speed” is out now on all platforms from independent electronic rock label FiXT.

The rise of Raizer begins in Eastern Europe, as four human-beings fight to survive the future apocalypse. The only weapon at their disposal – the electronic / rock music hybrid music they’ve created to push back the encroaching alien invasion and ignite the hearts and minds of the last remaining members of the human resistance.

Each track from Raizer can best be described as a battle of musical styles in a high energy onslaught of bombastic synths, biting guitars, uplifting melodies, and resonating vocals that come together and deliver the optimism to stand up in defiance and the energy to make you dance, jump, and most importantly – fight. With an arsenal ranging from driving synth-wave, volatile drum n’ bass, anthemic rock and roll, caustic metal riffs and breakdown, and so much more – whatever kind of invasion you’re facing down, Raizer is the soundtrack to your survival.