He wields the feral pen of a perturbed, yet bleakly elegant romancer. Every single stiple painstakingly etched and strategically applied. Almost as if he’s signed a deal with the devil himself and knows his soul is endeared to the keeper of lost souls. These pieces are absolutely remarkable. They entail nearly thirty years of ink, sweat and fears. And fears…ah yes, they are  aplenty in this modest collection. Aquatic visages subdued by  lovelorn tragedy, circus freaks and swamp inhabitants (half reptilian/half human) vying for the decapitated heads of those who infringed upon their boggy marshes, and sordid demonic/skeletal hybrids luring ample bossomed mermaid harlots to their fate.
This is pointilism to the point of fatalism. 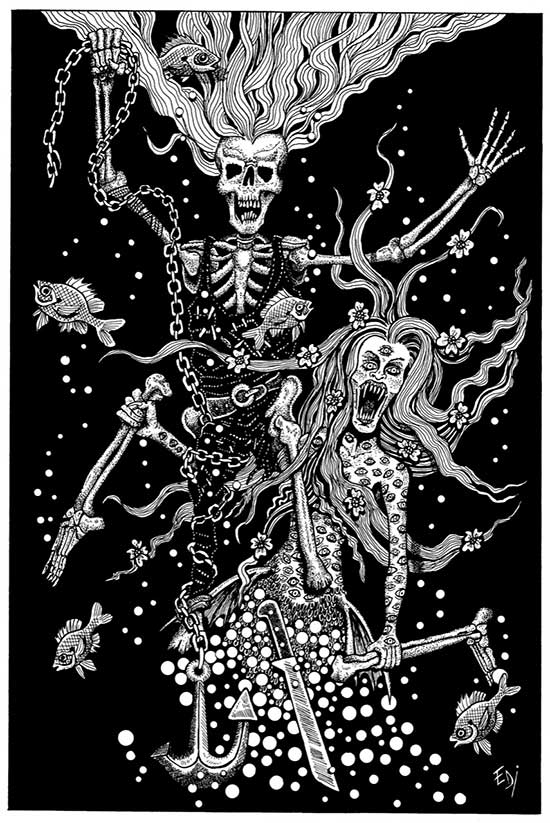 In one portrait alligators and murky seahags fight for survival upon perilous shores and maritime docks. In another a sultry lilith seduces onlookers with thoughts and intent more malicious than mere sexual conquest. In this realm of the fantastique your demented curator not only harnesses your inhibitions and tosses them to pasture, but quells your deeply hidden subconscious desires for atrocity. All held in the sway of harrowing vanity of course. The everlasting awe and wonderment of hypnotizing artwork lives on and courses supremely through the witch blood of Eyajo December Joseph. He is in excellent company too.

His ghoulish lineage and those to follow in his stead, have and shall inflict menacingly obscure, but delightful monuments of the supernatural for generations to come. Like every maverik, misfit and shadowy culprit living on the periphery of society, Eyajo December Joseph has cultivated his own separatist world. A dimension unlike any underneath heaven or above hell. A microcosm existing within eternity that is eternal itself. 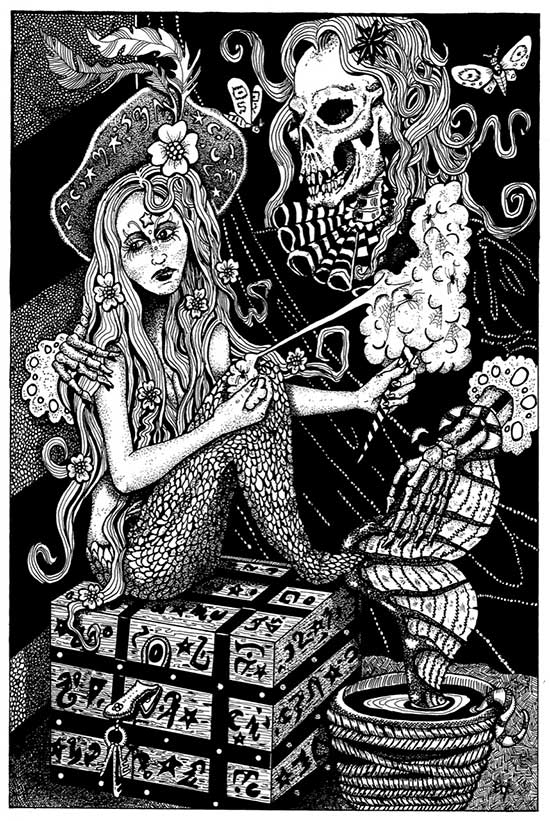 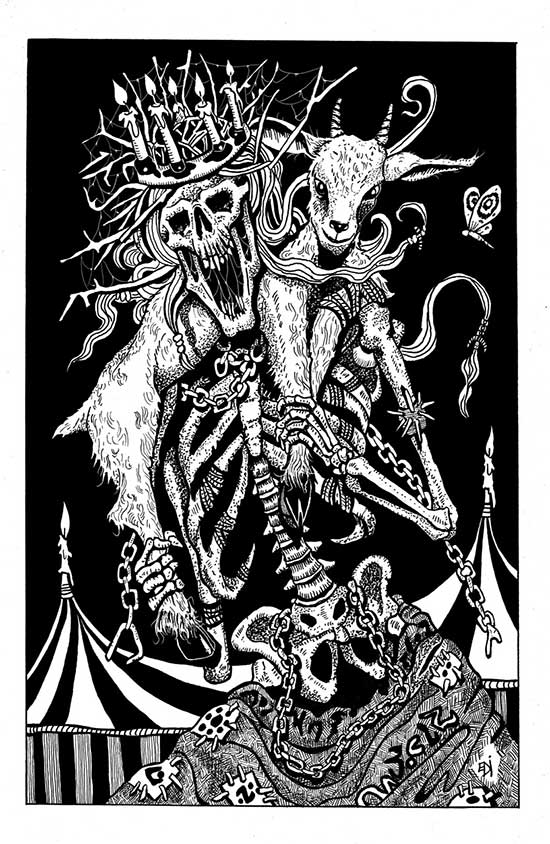 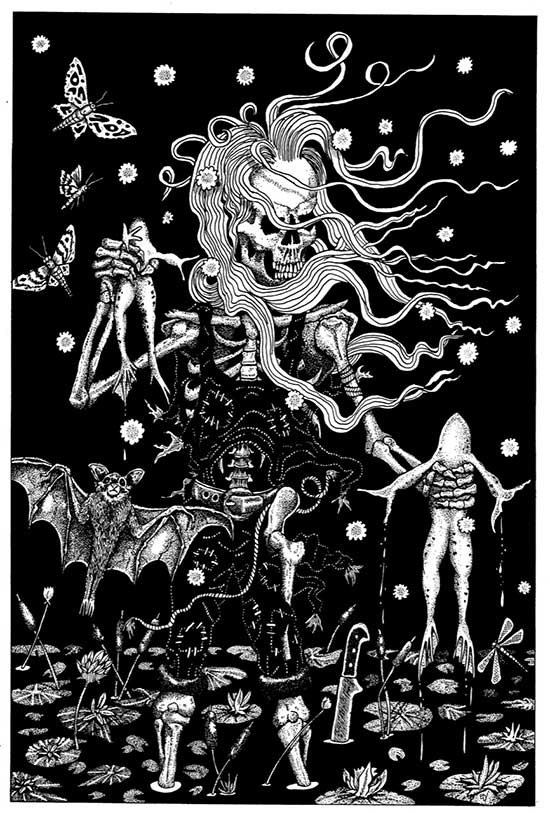 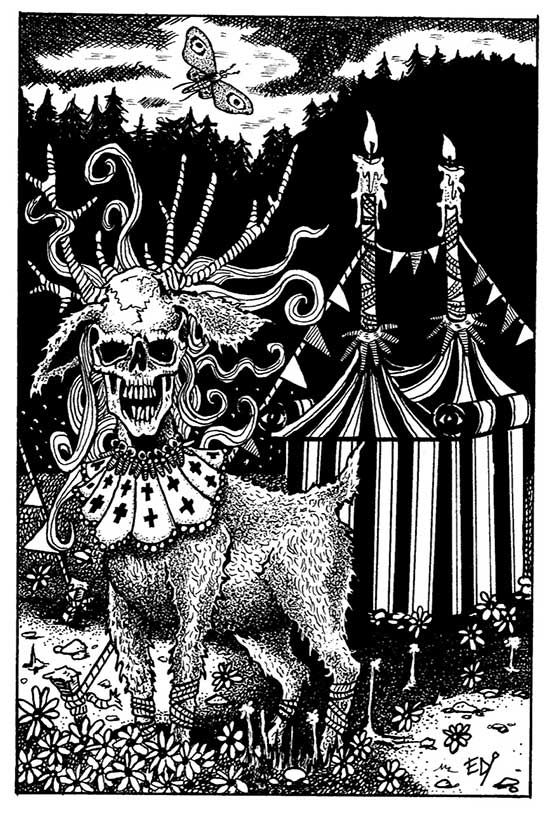 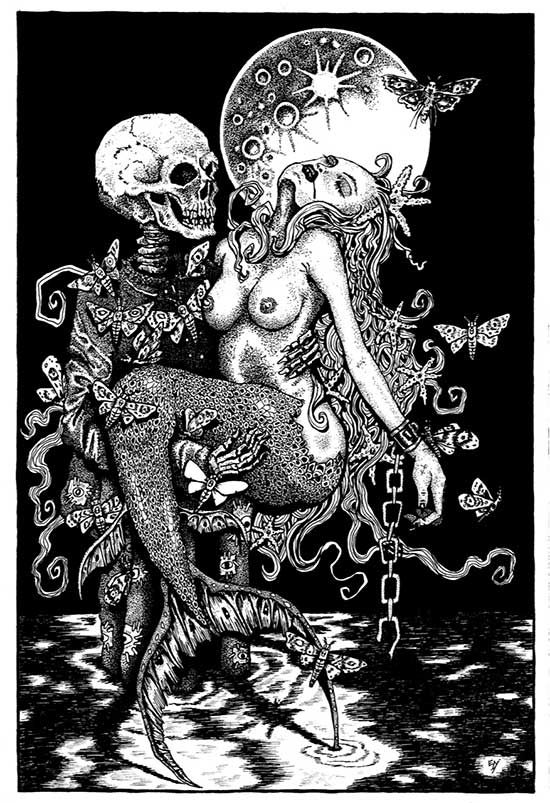 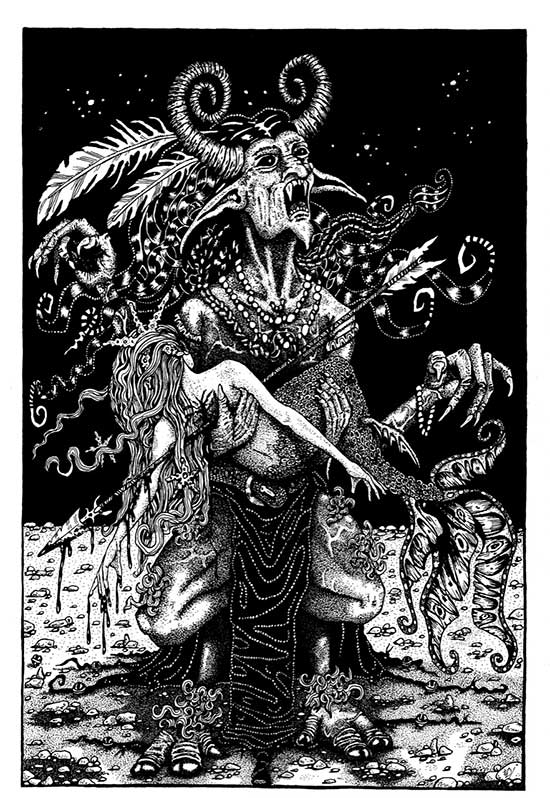 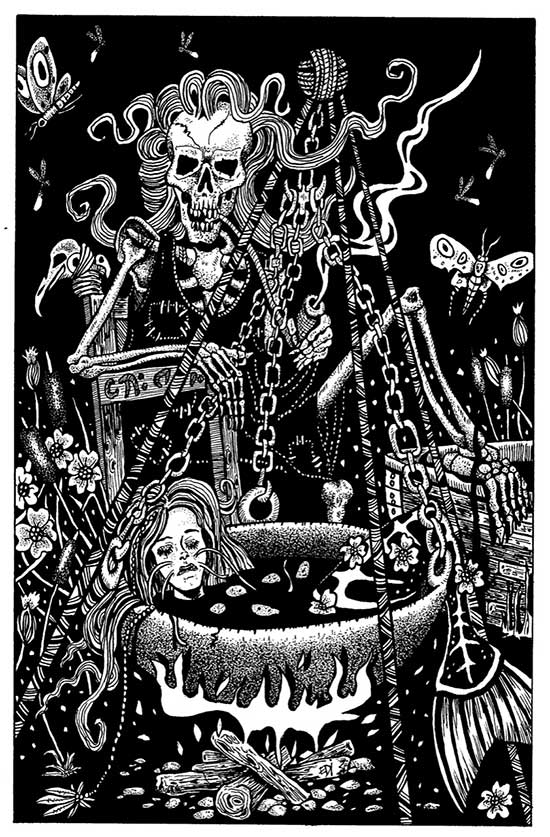