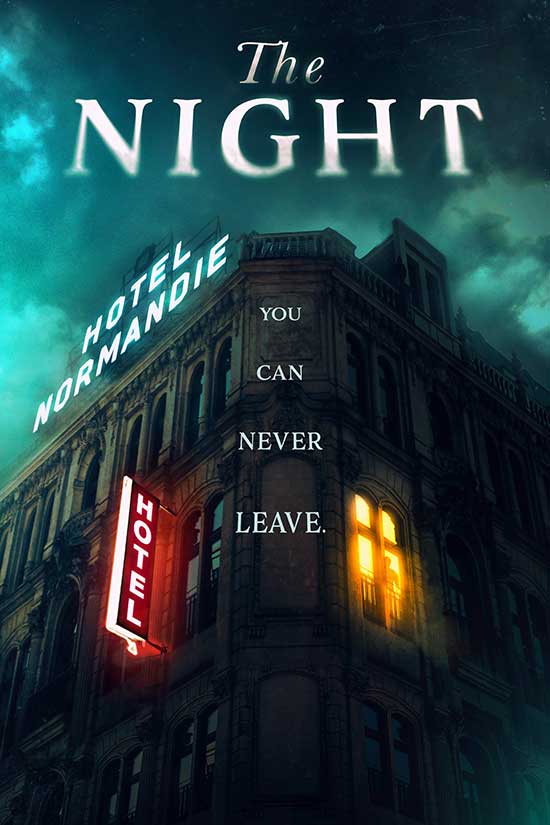 HOTEL OF HORRORS CHILLER SET TO SCARE AUDIENCES SENSELESS IN

THE UK AND IRELAND ON 2ND APRIL

“A terrifying twist on The Shining” – CONSEQUENCE OF SOUND

“Sneaks up on viewers and delivers a knockout final act”– VARIETY

You’ll be praying for check out time on 2nd April, as Vertigo Releasing announces the arrival of the fright-packed

A cross between The Shining and The Haunting of Hill House, THE NIGHT is set over a long dark night in a mysterious hotel, where a young couple are tormented by ghosts of the past. An outstanding debut feature from writer/director Kourosh Ahari, featuring fantastic lead performances from Shahab Hosseini (A Separation), and Niousha Noor (Here and Now), the film is soaked in dread and delivers some genuinely hair-raising horror moments.

THE NIGHT is filmed in an LA hotel actually alleged to be haunted, which makes The Shining’s Overlook seem positively welcoming; Ahari’s nerve-jangler is a brilliantly gripping and nightmarish vision by a masterful new talent – with an ending M. Night Shyamalan would kill for.  If you were glued to Netflix’s The Vanishing at the Cecil Hotel, be sure to make your reservations now for a night with THE NIGHT. You’ll jump right out of your complimentary bathrobe.

Synopsis: After a night out with friends, an exhausted married couple, Babak (Shahab Hosseini), Neda (Niousha Noor) and their baby take shelter in the grand, but eerie Hotel Normandie. Throughout a seemingly endless night, mysterious disturbances ruin their night’s rest as Babak and Neda soon realize they’re locked-in with a malevolent force that hungers for the dark secrets they’ve kept from one another.

With The Night, director Kourosh Ahari made history for being the first U.S. produced film to receive a license for theatrical release in Iran since the revolution. The psychological thriller follows in the footsteps of The Shining, luring viewers into a hotel that is both ominous and inviting, where the ghosts of the past still linger around each corner. The terrors that linger in the corridors are more real and terrifying than any movie monster in a mask. The Night will make you never want to spend a night away from home again.