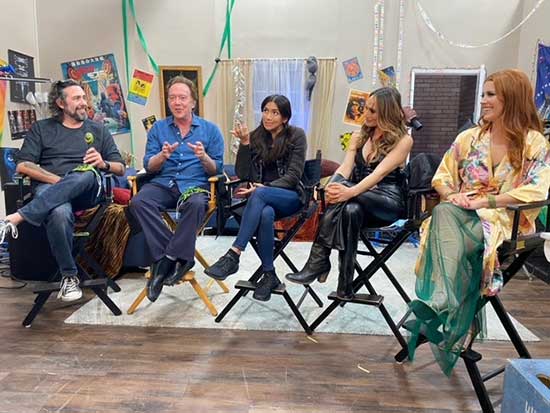 Did you love the Evil Bong franchise? Your favorite character, who first debuted in Evil Bong 666, is going on his own mad misadventures in The Gingerweed Man, a new comedy adventure offshoot from Full Moon Features that just wrapped production!

Directed by Brooks Davis (The Macabre), The Gingerweed Man runs a successful dispensary delivery service, catering to a wide array of wacky clientele. But when he gets charged with protecting little Baby Buddy, a mysterious super strain weed dude that is wanted by every bad vibe in the city, mad misadventures follow!