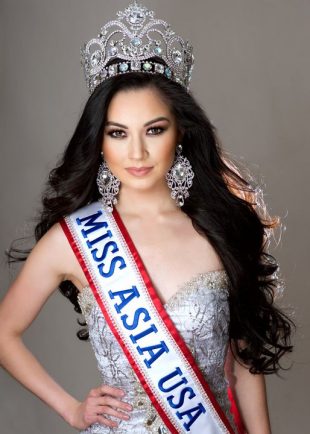 As an actress and former Miss Asia USA, Ashley Park has appeared in TV shows such as Rosewood and Days of Our Lives. Her recent emergence as an independent horror producer, however, is turning heads in a completely new way. Eager to explore the darker corners of her imagination, Ashley took a leap of faith by producing and starring in the micro-budget feature film STAY.

HNN: It’s hard to imagine that beauty pageants and the horror industry have much in common.

AP: Oh, you would be surprised! Like most presentational things, there is a dark side. Being involved with pageantry was a wonderful experience, but subconsciously, I’m sure I was already dreaming up a story that combined beauty and horror!

HNN: What motivated the leap from pageantry to producing?

AP: I came to Los Angeles to pursue acting. Winning a national title was not part of the original plan, but I’m so grateful for the experience. I played a dark character in the neo-noir film Los Angeles Overnight, and then managed to get killed in a creative way on another movie… so maybe I sensed a trend developing! 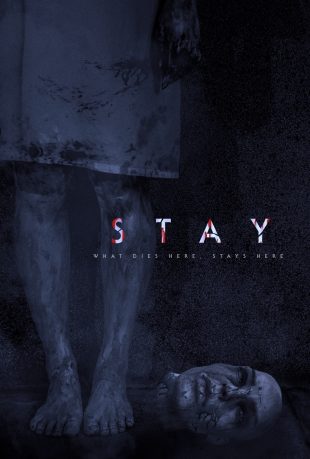 HNN: Was STAY your first project as a producer?

AP: No, I produced a short film about domestic gun violence called Surviving Theater 9. It was accepted and screened at the 2018 Tribeca Film Festival. That project was made in a more traditional way in terms of camera, crew and locations. The cast was also very experienced. 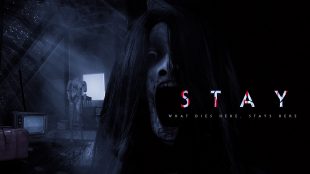 HNN: How did that differ from producing STAY?

AP: STAY was a real experiment in terms of storytelling and its filmmaking approach. My partner at Ghost Machine Pictures, Brandon Walker, wrote a screenplay that could be shot with minimal technical requirements. Because we were making a micro-budget project, we filmed in places we already controlled or had reasonable access to. This approach also meant doing a variety of jobs, including playing the lead role myself.

HNN: Was it always the plan to act in this movie?

AP: Only in a supporting role, originally. Brandon wrote a nice part for me that, in theory, should have allowed me to balance producing duties with acting. Unfortunately, it became clear that the only way to complete such a small production was for Brandon to cast a lead actress willing to work unlimited hours… for free. That meant me! 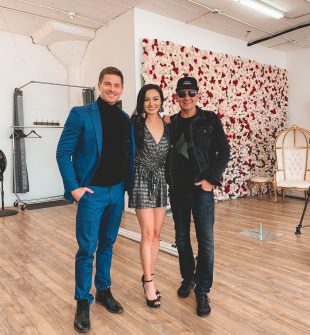 HNN: Who else appears in the film?

AP: It was so important to find the right actor to go on this journey with us. It required someone who could improvise, operate a camera occasionally, and participate in a day-to-day experimental process. When we met Jesse LeNoir (Project Runway), it was obvious he was the person to play the role of Julian. We also had the pleasure of working with Dre Davis, who is best known for her recurring role on Pretty Little Liars. She is quirky, intelligent and fun to spend time with.

HNN: How would you describe the movie to horror fans?

AP: STAY is about an ambitious girl trying to make it as a fashion model. After getting her big break, she moves into an upscale Manhattan loft, but the freshly painted walls only cover up the building’s dark history. After moving in, Olivia’s grip on reality begins to slip away and she finds herself in a shocking battle for her soul. 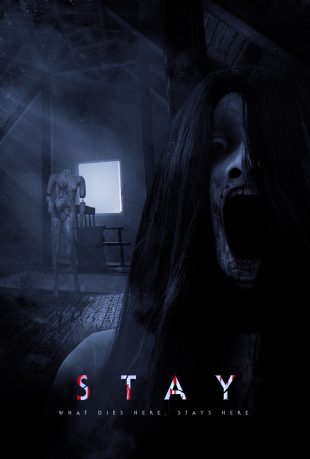 HNN: Is this a found footage film?

AP: This story is told in a Vlogger style that is not specifically “found footage.” It’s more of a video diary gone off the rails.

HNN: Where can people watch STAY?

AP: The film will be available on Amazon Prime in March. We also plan to do a physical release later this year and will include features about our journey into micro-budget filmmaking. 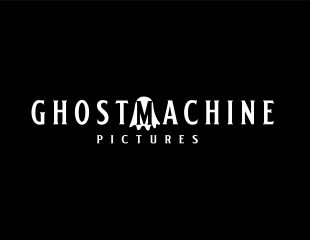 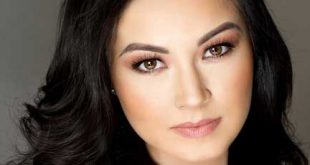