“The remix captures the song’s intricacy and aggression while adding cinematic layers to give it a flavorful enhancement.” – Metal Insider 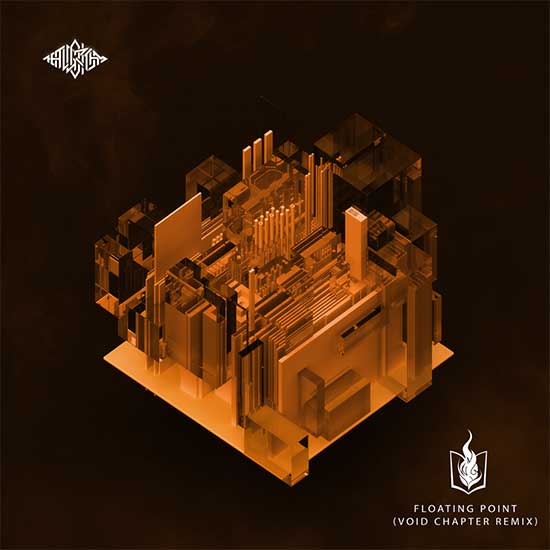 Up-and-coming electronic rock group Void Chapter takes on one of The Algorithm’s most iconic tracks with this brand new remix of “floating point.” Capturing the intricacy and aggression of the original while adding layers of cinematic atmosphere, this version celebrates the source material while reimagining it in Void Chapter’s bold style.

Void Chapter’s remix of The Algorithm’s “floating point” is out now on all platforms from independent electronic rock label FiXT.

Apparently, I have to write something here so people have an idea of who I am. Well. My name’s Rémi Gallego, I’m French, I’m 26 years old, I live in Köln (Germany) and I’m mostly known for my award-winning electronic producer name ‘The Algorithm‘.

So, what happened? It aaaall started during a rainy night on the first full moon of the month, a cold breeze ran into my neck as I was drinking a fine Bordeaux in front of a fireplace. Well, yeah, ok, not exactly like that.
I was born in Perpignan in 1989, I had a happy, normal, childhood listening to Daft Punk and Iron Maiden while studying science and guitar. I played in a few metal bands (Sons Of Chaos, Dying Breath, Floating Wood) but quit them all as I chose to focus on my study in networks and computer science. I shortly missed playing music and this is when I began to cultivate my interest about music sequencing and computer music in general.

I started the project The Algorithm in 2009 on Myspace, and my inspirations at the time were mostly driven by a need for controlled chaos and randomness. 2 years and 2 demos later, I played my first live show at Euroblast Festival using a single midi controller APC40 and I initiated a label contract with Basick Records, which led to the release of the debut album Polymorphic Code in November 2012. I met Mike Malyan, drummer from Monuments, at the same period and we played our first live show together in February 2013 at the Camden Barfly.

While progressively playing more shows more often in Europe, Australia (Big Day Out), Japan, Nepal, Israel, and many other countries. I also wrote music for the world’s biggest sports TV channel ESPN, video games like Super Mutant Alien Assault or Hacknet, produced a lot of remixes of bands like Born of Osiris, Igorrr or Daft Punk, and helped shape the production value of musician and bands all around the world.

After the release of the second full album Octopus4 in June 2014, Jean Ferry from Uneven Structure replaced Mike Malyan on drums, I got endorsed by Keith McMillen, Line 6 and I picked up an Aristides guitar, all of this with a general goal to bring more musicianship and humanity to the mechanism of the computer music of the future.

In 2016 I joined Celldweller’s label FiXT and released my third full length album Brute Force in April. This was followed by tours in Europe, Canada, and China as well as Festival shows at Graspop Metal Meeting, Brutal Assault, and many others.

End of 2016 and early 2017 Brute Force got two DLC expansions with the titles Brute Force: Overclock and Brute Force: Source Code. These DLC are a journey through the dark and warm corners of the Brute Force concept. Writing an album with a consistent atmosphere sometimes means some ideas have to be left off or just cannot be exploited to their fullest. More than a collection of tracks that didn’t make it on the album, these EPs are an extension, another perspective on the Brute Force story.