Everyone’s favorite titan anime is back. The fourth season of Attack on Titan is setting the stage for the final battle between the Survey Corps and the nation of Marley. In the latest segment of the manga, it will feature the toughest battle the group has ever faced. Because the Survey Corp is barely standing in the first place, the insane odds that the team is alive should be taken into consideration.

As the team preserves into the next chapter, the final challenge against Marley will be the scariest quest we have ever seen. For now, only the subbed version is available to watch. Eventually, the dubbed version will come out months later.

Setting Up The Scene (Spoilers)

Eren Jaeger has gone insane. Not the kind of insane after you win big at the live casino in the UK, crazy either. Jaeger has undertaken the full power of the Founding Titan and attempts to eradicate everyone in the world that doesn’t have Indian blood. With a new Survey Corps created after losing tons of lives during the battle with the Beast Titan, Armored Titan, and Colossal Titan, the new team aids Armin and Mikasa in the final fight.

As the Titans and Indian soldiers descend upon Eren, Jaeger owns a special trick in the back of his mind. Eren can resurrect and control any of the former Titans that make up the original Nine that died in the past. This power forces the Survey Corps to battle an impossible fight. Not only does this take a physical toll, but also an emotional one as well as having lost friends like Ymir, Bertholdt, and other fallen comrades. While the Survey Corps tries to put up a good fight, it’s clear this is not a battle that they can win.

There are only a few episodes left in Attack on Titan’s manga, so fans are left wondering which character could be killed off next. It’s clear this is the final battle despite the Survey Corps getting both Annie and the flying Titan, and Armin taking over the powers of the Colossal Titan. The way this show goes about business, we shouldn’t expect a happy ending.

The Appeal To Attack On Titan

For starters, it is a solid anime with a great plot. The first three seasons take us through the evolution of Eren, a young, hothead that wants to be in the Survey Corp one day. He watched his mother get eaten by a Titan, while his father had many secrets of his own when it came to battling the Titans. We find out that the Titans are just these mindless creatures that took over the Earth during an apocalypse. There is much more to the story, including family bloodlines, politics, and love.

There is plenty of fighting in the story as well. There are way too many near-death experiences for the characters. That’s not to say that some characters you grow fond of perishing in gruesome ways. All in all, this is a great show that is now streaming on Adult Swim. 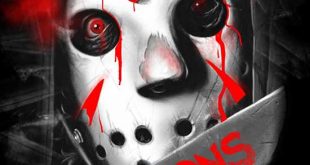