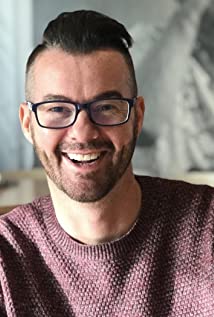 Film has always been a medium that excites me, I love how film can transport you into any world and the impact film has on its audience long after the credits. I partially love horror films as it can really tap into our fears. I love not only scaring people but to changing them too. In film I get to tell my stories which really excites me.

I was fortunate to deliver my intended vision around 95% this was because when I wrote the story it came from a place of experience. This spiritualist won best script in the New York film festival because it knew what it was and what it wanted to say, I knew what levers I needed to pull to realize the performance potential. This film had to have relatable and likable characters so crafting them with real dialogue and complexities was key.

Also, by housing the story in the manner, one isolated location helped me understand visually how this narrative could play out, I wrote each scene knowing which room this would play out, the movement around the house and the flow of the long shots were considered for its intended impact. 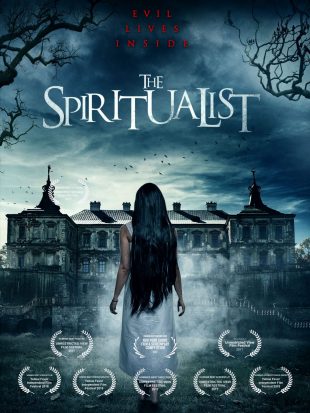 My favorite day on set was the day of the séance, I mean who does not love a good seance in a horror movie, I knew I wanted to create a seance that stood out and felt more sincere than what has previously been portrayed in horror films. As someone who is very spiritual, I did not want to do this sequence a disservice.

This scene was always intended to play out in one long take, as if the viewers were sat in the room with us, I did not want the edit to interrupt the flow and interrupt the moment.

I allowed a full day to rehearse and film this complex sequence that last 16 minutes in the film. I had to craft out the moments which had to be caught on the camera, so the rehearsal was as much for the dop as it was for the performers, and it is the only scene where the full cast were in the same room. We got to workshop the group dynamics and understand the conversations that were not bought to the table. I know also that this is where the films really step’s up a gear in its storytelling and pace, emotionally we got to see peoples fears and backstories too.

There was a day we had for contingency shooting, and this allowed me to add a couple of extra scenes. Fortunately, that day the lake by the manner froze at dawn, I felt that we only ever saw the mother in the grip of her illness, I wanted to film a tender heartfelt sequence between her and her daughter Laura. I enjoyed directing them by the frozen lake in a spontaneous improvised sequence which provided a greater depth and backstory to their relationship

Most of the film had to be filmed in the dark as the film had to be lit from the moonlight alone. Lighting for moonlight sequences does set many challenges and to do this effectively you do need many discreet lights. But we were fortunate to have had a great DOP , Amarjeet Singh. With his expertise and innovative approaches, we managed to win best cinema photography at the yellow fever independent film festival

The key to standing out from other horror films is it needs to be authentic and have purpose. This film was created from a real-life horror of seeing my loved one start changing and living in an altered reality. Its one of the scariest things ive survived. I wanted to highlight the fear and isolation you can feel when dealing with mental health issues.

I felt most proud directing the scene between Bafta Nomee Julie T Wallace and the spiritualist Caroline burns Cooke, where we realise, they are both ostracised from society from the lack of peoples understanding or compassion to their altered realities.

one with the gift of being the spiritualist and one dealing with mental health issues.

Seeing their performance and on screen chemistry was my highlight as they bought the purpose of the film to life in a raw unapologetic way.

They all have the ability to give knew perspective whilst chilling you to the bone.

The 80’s was the rise of the slasher films and a great time for the independent horror films. I feel all y favourite horror memories and horror icons came from the 80’s and are as much of a fixture today.

Ive been shooting some found footage horror films called paranormal farm over the last couple of years where I play the lead actor, ill be shooting part four in LA once restrictions are lifted. Parts one two and three are on amazon.