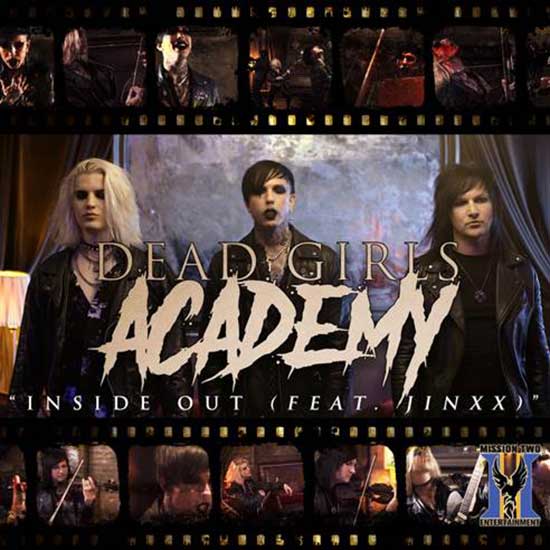 “The song is about the ups and downs of a new relationship,” frontman Michael Orlando reveals. “I always say you don’t truly know a person until you live with them. I know so many people feel trapped during this pandemic, with their immediate family, or like in my case, a significant other. We all handle stress in different ways and many times those ideals clash. Even though you love that person whole-heartedly you can end up in heated arguments that almost end everything on the spot. It’s incredibly sad how stress and anxiety can ruin such a beautiful thing like love. I know some people are not so lucky and hopefully time can heal those wounds.”

“When (guitarist) Craig Pirtle and I were in the process of creating this song, we knew we wanted a film score/soundtrack-type feel to help define the song. Craig is also an amazing piano player, so we basically sat down and wrote this song on spot with the mindset of incorporating piano and violin with rock guitar. I didn’t need time to think about the lyrics on this one, they just poured out of me! It’s always amazing when songs write themselves and there’s no need to manipulate them to fit any sort of storyline, and that’s what you get with ‘Inside Out.’”

On bringing Black Veil Brides guitarist Jinxx into the mix, Orlando adds, “I was very familiar with Jinxx and his talent for violin when we toured with BVB and my former band Vampires Everywhere back in 2010. His style and mystic uniquely blended with the DEAD GIRLS ACADEMY aesthetic. It’s always nerve-racking sending a body of work to a different musician to hear and critique. Luckily it all worked out and Jinxx did a fantastic job adding his style and injecting a deep sorrow the song was missing.”

Earlier this year, DEAD GIRLS ACADEMY released their sophomore album Doves In Glass Houses, which was accompanied with several music videos – “This Is War,” the not-safe-for-work “Addicted To Your Heart,” and “Agonize.” Orlando goes on to add, “For ‘Inside Out’ I wanted to try a new approach and asked my longtime friend Randy Edwards to come in and give his interpretation of the piece. We’ve worked together before and he has a great eye with his new-school meets vintage vibe. It was extremely difficult timing out this music video due to the pandemic and filming around Jinxx being in the studio with BVB. It took some hard work and finesse but it all worked out great!” Along with drummer Zachary Moore, DEAD GIRLS ACADEMY teamed up with three vastly different producers to create Doves In Glass Houses – Malcolm Springer (MATCHBOX 20, FEAR FACTORY), Kris Crummett (DANCE GAVIN DANCE, SLEEPING WITH SIRENS), and Nick Sampson (WE CAME AS ROMANS, POLYPHIA).

“A fight-ready heavy rock anthem” – PLAY TOO MUCH

“Hard rockers with a touch of glam, goth and charisma” – INSANE BLOG 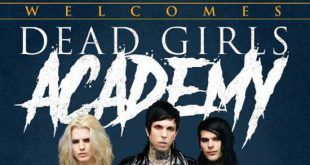