SLEEP. WALK. KILL., a new vision in terror from filmmaker Justin Miller, is set for release in August, 2021. Last Exit Films has released a poster and trailer for the upcoming indie horror movie. 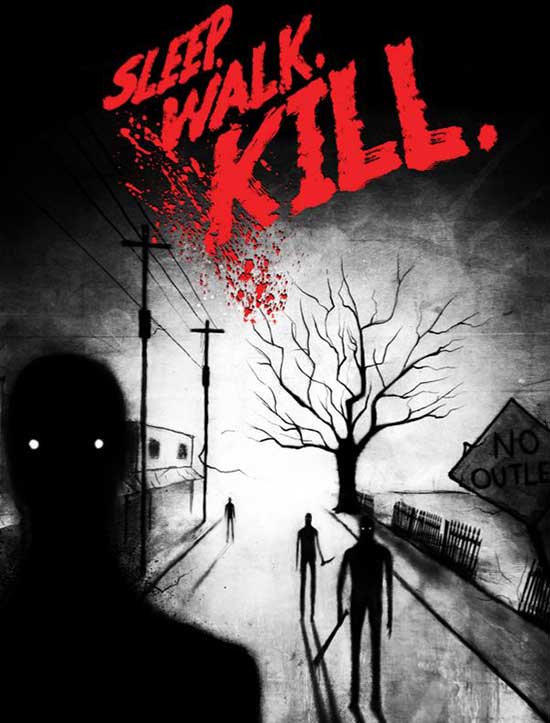 In a quiet suburban town, a group of neighbors must survive the night when their friends and family become sleepwalking monsters.

If you sleep, you become one of them. News reports tell of an earth-shattering sound heard along the entire East Coast. Nobody knows where it came from. Nobody knows what it means. That night, people start walking in their sleep. And killing in their sleep. When the screaming stops and the blood dries up, the ones who are left have to work together to stay alive. Heads will roll, eyeballs will fly, but for Edgar, hell is still just other people. His ex-wife, his parents and all his neighbors are hiding out at his house. And they’re even worse than the flesh-eating sleepwalkers.

Written and Directed by Justin Miller