Home | News | PANIC BEATS – February 2021 Release – A shocking tale of vengeance from beyond the grave!

PANIC BEATS – February 2021 Release – A shocking tale of vengeance from beyond the grave! 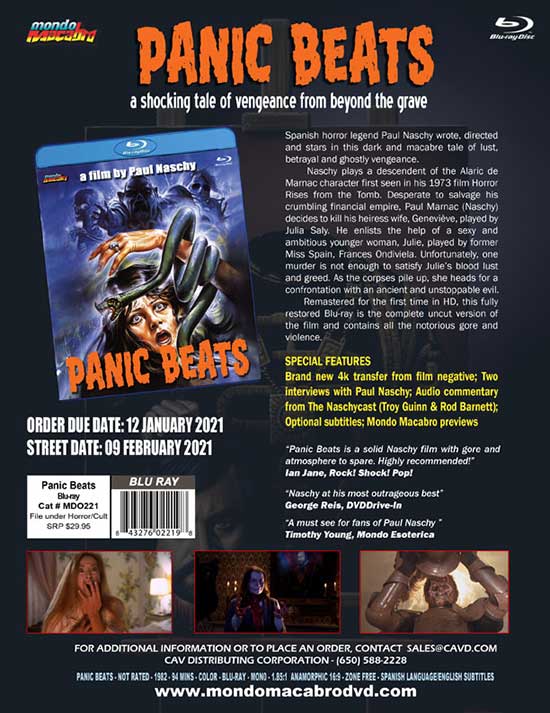 Spanish horror legend Paul Naschy wrote directed and stars in this dark and macabre tale of lust, betrayal, and ghostly vengeance. Naschy plays a descendent of the Alaric de Marnac character first seen in his 1973 film Horror Rises from the Tomb. Desperate to salvage his crumbling financial empire, Paul Marnac (Naschy) decides to kill his heiress wife, Geneviève, played by Julia Saly. He enlists the help of a sexy and ambitious younger woman, Julie, played by former Miss Spain, Frances Ondiviela. Unfortunately, one murder is not enough to satisfy Julie’s blood lust, and greed. As the corpses pile up, she heads for a confrontation with an ancient and unstoppable evil. Remastered for the first time in HD, this fully restored Blu-ray is the complete uncut version of the film and contains all the notorious gore and violence.