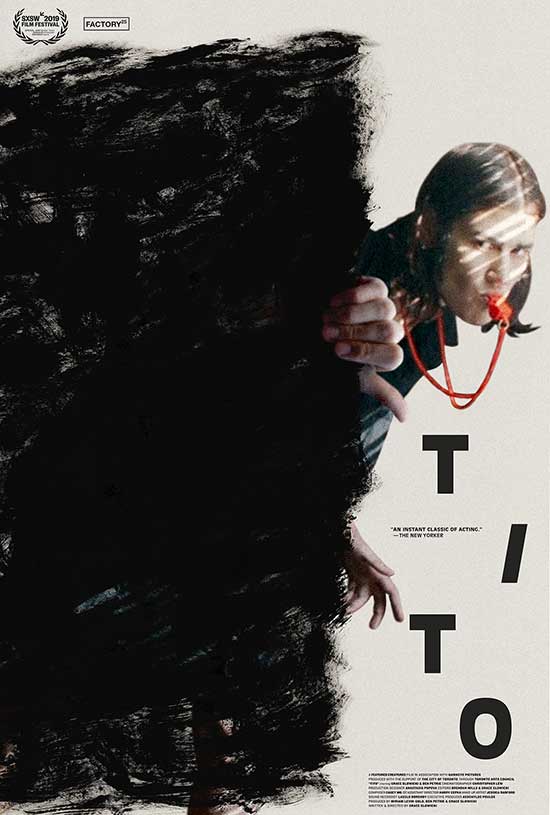 Factory 25 is releasing the SXSW award winning comedy Tito virtually in theaters starting July 10th. Grace Glowicki stars in her directorial debut mixing physical comedy, discomfort and laughs playing Tito, a character paralyzed by fear of the outside world until the arrival of a cheerfully intrusive neighbor.

Synopsis
Tito is trapped. With long black hair, greasy sideburns, and an emergency whistle dangling from his neck, he is so stricken with fear that he’s developed a hunch in his back. Any attempt to venture into the outside world is met with the threat of elusive predators who hunt him relentlessly. Starved for food and security, Tito’s terrorized existence threatens to overwhelm him – until the sudden arrival of a cheerful intruder, offering breakfast and protection…

Tito is a vision of predation, friendship, and fear, told through a wildly inventive and expressive new lens.

TITO TRAILER from Factory 25 on Vimeo.