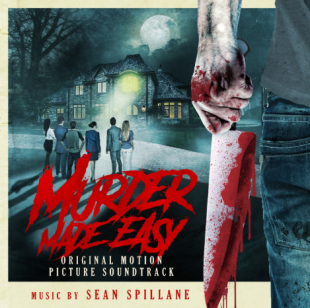 Of the soundtrack, composer Sean Spillane says: “Writing, performing and recording the score for Murder Made Easy was an absolute blast. In such a character driven story I used various genres of music to further reflect each character’s personality. In some scenes Jazz felt like a fun yet natural choice to allow for some rhythm and melody to seep in through the dialogue. Director Dave Palamaro’s collaborative spirit allowed me to explore musical genres that I hadn’t used in previous films and for that I thank him.”

Agatha Christie-inspired Murder Made Easy centers around best pals Joan and Michael, who invite their dearest friends over for a cordial dinner to discuss the passing of Joan’s husband, Neil. But as each guest arrives, dark secrets are revealed and murder is definitely on the menu.

Christopher Soren Kelly (Infinity Chamber), Jessica Graham (The Tangle), Shiela Cutchlow (The Wire, True Detective) Emilia Richeson, Edmund Lupinski and Paul A. Rose Jr. round out the cast. The script was written by Tim Davis, with Dave Palamaro directing and was produced by David Barnaby and Jessica Graham.

Composer Sean Spillane performed and toured with Sub Pop Records recording artist Arlo in the early 2000’s. Since 2010 he has scored several feature and documentary films, most notably The Woman directed by Lucky McKee. Sean also had the honor of having his music played on the International Space Station for the premiere of the documentary, I Want To Be An Astronaut, for which he composed the soundtrack. 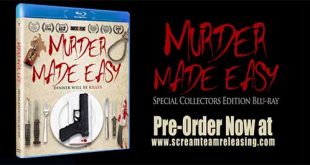 Murder Made Easy on Blu-ray 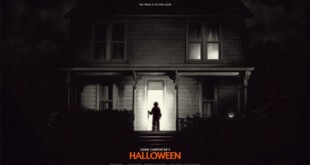 MONDO Celebrates Halloween With Some HALLOWEEN 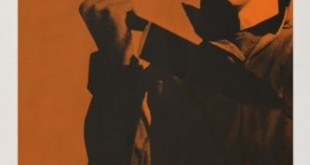