KimStim Announces the U.S. Theatrical Release
of the Chilean Film THE WOLF HOUSE
by Cristóbal León and Joaquín Cociña 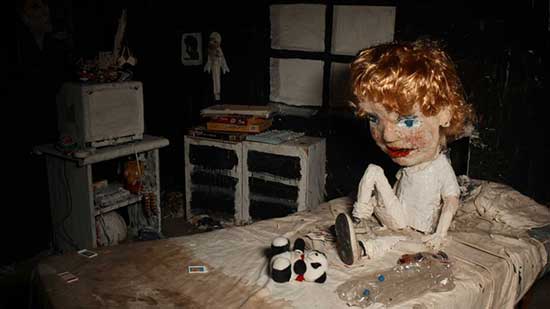 Winner of the Cinema Tropical Award for Best First Film,
the Stop-Motion Animated Feat Opens Friday, March 20
at Anthology Film Archives in New York, and on Friday,
March 27 at the Laemmle Glendale in Los Angeles,
Followed by Other U.S. Cities

KimStim is proud to announce the U.S. theatrical release of the The Wolf House (La casa lobo) by Cristóbal León and Joaquín Cociña. Winner of the Jury Prize at the Annecy International Animated Film Festival and the Cinema Tropical Award for Best First Film, the Chilean film opens on Friday, March 20 at Anthology Film Archives in New York City and on Friday, March 27 at the Laemmle Glendale in Los Angeles.

Based loosely on the grim case of Colonia Dignidad, a German émigré-run colony in post-WWII Chile that was revealed to have been used to imprison, torture, and murder dissidents during the Pinochet regime, The Wolf House is an animated feature film with a much darker foundation than most. As deeply disturbing as its inspiration would suggest, it is also a truly inspired feat of animation, its extraordinary craft and artistic vision fusing with its profoundly sinister themes to create an experience of exceptional power.

Using stop-motion animation to unfurl a never-ending series of transformations that play out as a single sequence shot, León and Cociña—making their first feature after a series of shorts—tell the grim fairy tale of Maria, a young woman who finds refuge in a house in the south of Chile after escaping from a sect of German religious fanatics. She is welcomed into the home by two pigs, the only inhabitants of the place. As in a dream, the universe of the house reacts to Maria’s feelings. The animals transform slowly into humans and the house becomes a nightmarish world.

Produced painstakingly over the course of several years, and filmed piecemeal within art galleries across several countries, in full view of the gallery-going public, The Wolf House masquerades as an animated fairy tale produced by the leader of the sect in order to indoctrinate its followers. It’s easily one of the most accomplished, transporting, and conceptually rich animated features to appear in recent memory. 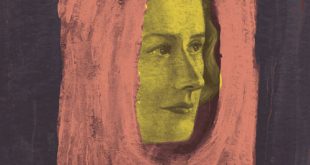 Virtual U.S. Theatrical Release of THE WOLF HOUSE, Opens May 15