It’s well-known that the United States has the majority share of the film industry, and when it comes to the horror genre, the country produces movies by the truckload. As horror is such a subjective genre, replaying the same tropes, and even just remaking older movies or extending franchises, can result in the scene seeming a bit stale.

Luckily, there are plenty of other nations weighing in on the horror genre, with their fresh takes on creatures, the supernatural, gore, and suspense providing a great experience to viewers. After all, the greatest element of the best horror films is the unknown and the unexpected, so where better to look for ultimate horror movies than overseas?

While Spain and the Korea Republic have certainly weighed in with some excellent horror films in the last decade or so, here, we’ll be looking at Great Britain’s stellar history in the horror movie genre.

The Brits have been great at horror through the years

When you think about what the British are good at when it comes to entertainment, you think of literature, their old-school games, sports like cricket, football, and rugby, and, of course, comedy. British comedy is so distinctive and popular that it has built its own legacy as a genre unto itself, with the general love of fun that the British boast delivering even more enjoyment than when they play tried-and-tested classic games like bingo.

Just as British actors have been doing over the last half-century and a bit, British horror movies are invading the genre with their often provocative but always colorful spooky stories. Without a template that’s proven to sell cinema tickets, British filmmakers have been exploring all regions of the horror genre, crossing over the realms of science-fiction, action, and, of course, comedy in their own way.

While they all differ a great deal, there are best British horror movies right now. 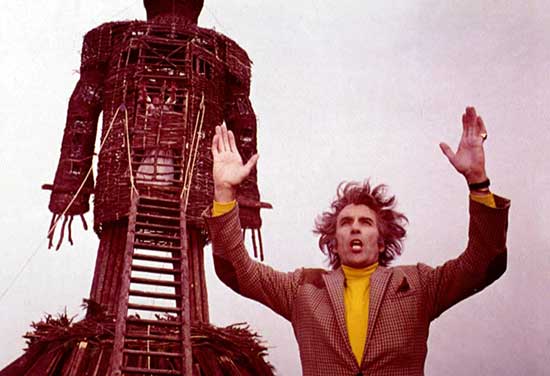 Robin Hardy’s The Wicker Man has gone down as one of the greatest horror films of all-time, perfectly demonstrating the art of the slow-burner in the horror genre. The late great Christopher Lee (The Lord of the Rings, Star Wars, James Bond, Hammer Horror’s Dracula) was so adamant of the film’s quality that he’d pay for critics’ cinema seats. As stated by The Guardian, The Wicker Man is a major influence on the horror and thriller genres, with its expertly-executed story of twists and turns that send the protagonist and the audience in the wrong direction until the horrifying conclusion.

Based on Henry James’ The Turn of the Screw, The Innocents has stood the test of time in the ever-subjective genre of horror. Where many modern horror movies attempt to build a story around jump scare set pieces, The Innocents creates a feature-length feeling of unsettling tension, which makes what is one of the greatest jump scares of all time, per Vulture, that much more impactful. For modern fans of the horror genre, The Innocents delivers a very different kind of sensation, one that you won’t particularly enjoy feeling during the film, but can look back on and think how impressive it is that the film could manipulate you in such a way.

Across film and gaming, zombies have become an all-too-common threat for the protagonists, but one of the first modern zombie horror movies through the door not only came from Britain but might also be one of the best that the sub-genre of horror has to offer. Up there with the likes of Rec and Train to Busan, 28 Days Later is credited for the revival of zombies in horror movies. Not only are the zombies fast – adding to the fear of them catching wind of the likeable cast – but the score adds to the intense nature of the horror flick. It also features one of the most truly scary and prolonged scenes of fear and threat in the horror genre, when they must make their way through a tunnel full of zombies. While the sequel, 28 Weeks Later, isn’t as iconic or impactful through the characters, it does do right by the original.

An American Werewolf in London (1981)

Billed as a horror-comedy, there’s nothing funny about the terrifying sight of the protagonist, played by David Naughton in one of his earliest roles, transforming into the scariest-looking werewolf in cinema. The director doesn’t pull any punches during the grotesque and painful transformation, with the resulting image being very difficult to shake for the viewer. In the year of its release, the Academy Awards brought in a new Oscar category for best makeup, which went straight to Rick Baker for the beast created in An American Werewolf in London. The film doesn’t just make you fear a potential encounter with such a creature, but also the process of actually becoming a werewolf.

The Woman in Black adheres to the tropes of your modern supernatural horror film, with Daniel Radcliffe coming in to try and rub off the Harry Potter typecasting. He puts in a good performance to carry the audience through what is, by modern standards, a somewhat toned-down suspense horror. The film is more about the build and chills that come from the protagonist exploring the halls of a dark and dim-lit house in the Edwardian era. It certainly doesn’t pile in wave after wave of scares, but there’s enough at the right moments to keep you on the edge of your seat.

It was impossible to run through British horror movies without bringing up this horror-comedy gem. The first of Simon Pegg’s and Nick Frosts’ ‘Three Flavours Cornetto’ trilogy, it has become a cult classic that perfectly molds the comedic stretch of slow-moving zombies with action and British humor. Many modern horror films are funny because they’re bad, but Shaun of the Dead is a tremendously funny film that happens to draw from horror to drive the story.

Those are the best British horror movies to see, but these titles are also great horrors in their own right.

While it has run away a bit, the first installment (1987) of the sprawling Hellraiser franchise is a superb and intense horror movie with incredibly unsettling visuals. The Devils (1971) needs to get a mention here for its controversial nature: it was so disturbing that the Vatican publicly condemned the movie.

In more recent cinema, Annihilation (2018) throws a superb cast of Natalie Portman, Jenifer Jason Leigh, Gina Rodriguez, and Tessa Thompson into a bizarre and dangerous anomalous zone, creating tension and very unsettling scenes simply through how refracted the place is compared to the real world. The scenes with the bear are particularly eerie.

To enjoy the best that British horror has to offer, check out any of these titles – if you dare… 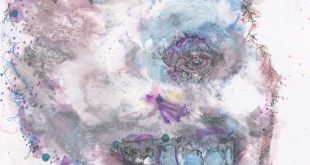 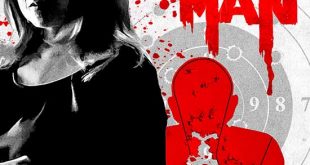 Camille Keaton breaks isolation to Cry for the Bad Man this May! 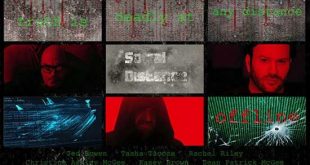 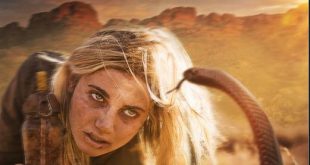 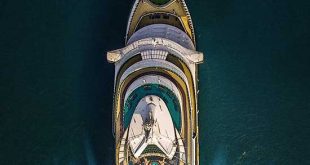