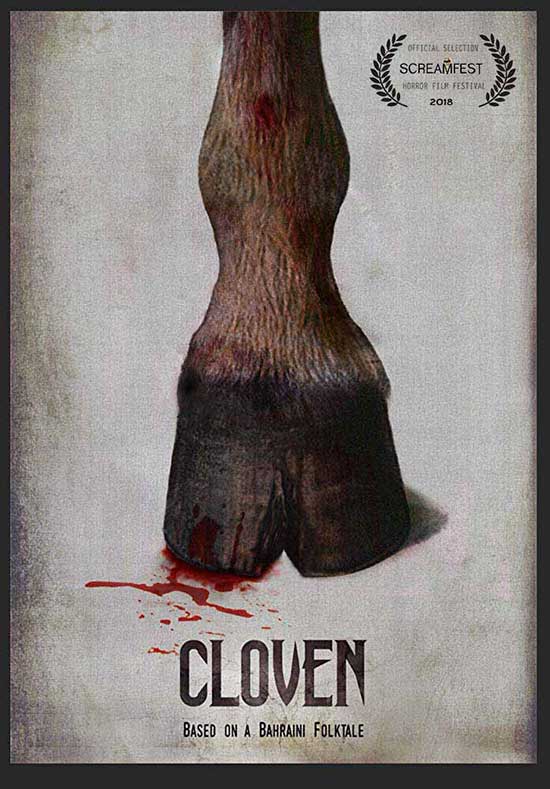 A short horror film based on a popular Bahraini folktale.

More short films, kiddies! Today we have CLOVEN, directed by Mohamed Fakhro. This film is from Bahrain, and is in Arabic with English subtitles.

Our story follows a man (Mubarak Khamis) driving alone on an apparently long journey. He drives from the day into the night, although his destination is never stated.

He passes an abandoned bus stop in the middle of nowehere, and sees a woman in a burka (Reem Erhama) sitting alone as if waiting for the bus. No bus will come, and the old man knows it, so he encourages the woman to get in his vehicle to drive her closer to town and an active stop. 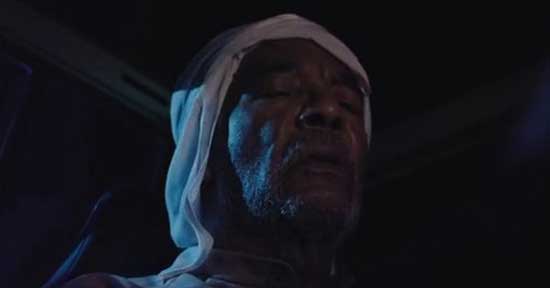 Alas, no good deed goes unpunished and our good samataritan is about to learn that lesson the hard way.

The film is based on a traditional folktale about a creature called Um Homar, or the Donkey Lady. Traditionally, she is known to hunt and eat children who do not listen when told by their parents not to open the door to strangers. The tradional version of the story shows she is very aggressive in this endevour. Now this version is a more modern update of the tale, based on a version that has her hitchhiking on a highway and gets into a car with teens too young to be driving. She is a cautionary tale, nonetheless. 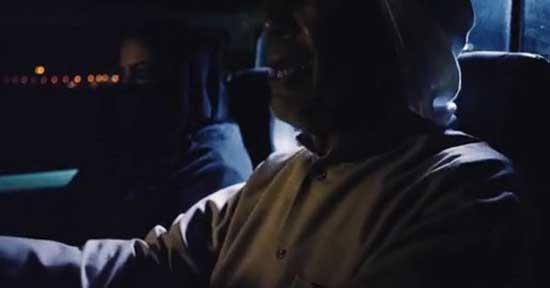 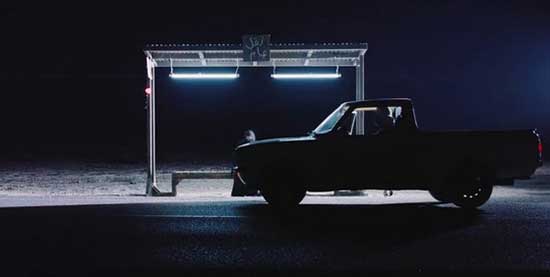 Everything about this film is so good. The cinematography is glorious. And for real, trying to shoot an entire story in the front seat of a car is a daunting task. So much respect for that.

The sound, the score, everything is just great. Its a short and simple story, not a lot of explaination is really needed to enjoy it.