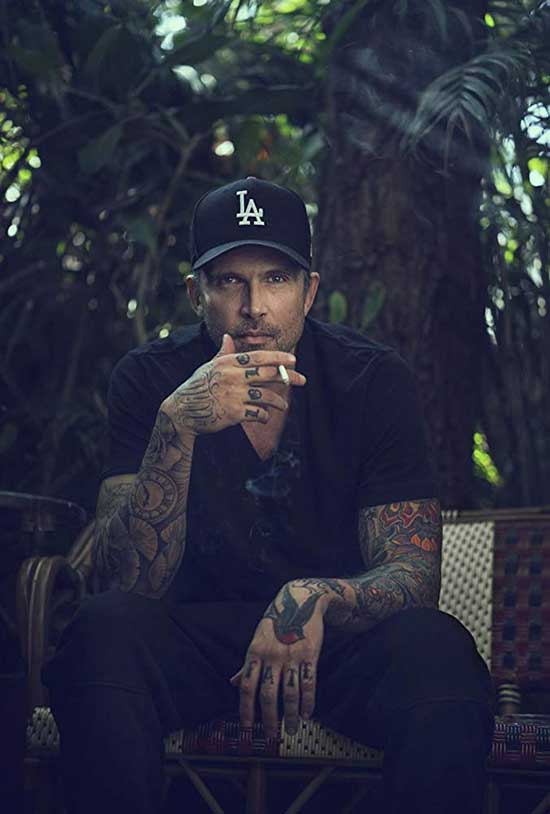 Hi Janel, How are you?

Hi Ashley, I am good. Thanks.

I watched Gothic Harvest and I loved it. It’s fun and different. 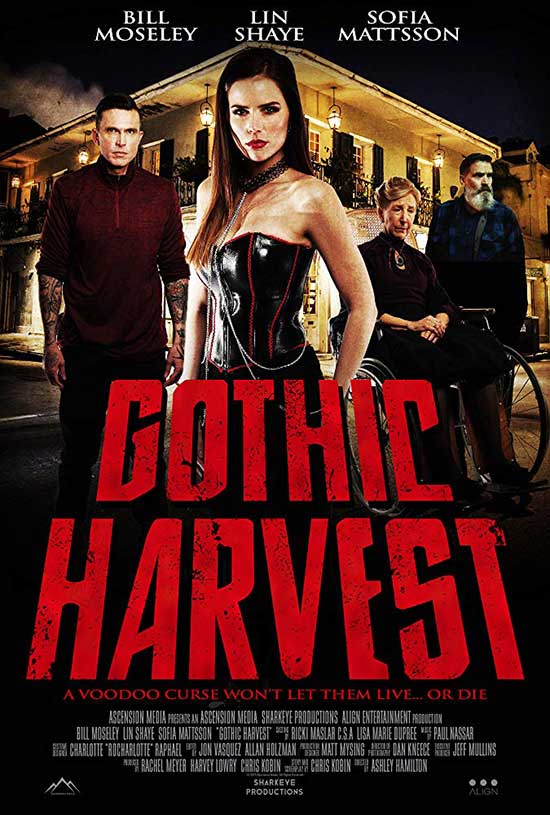 Why did you decide to direct Gothic Harvest?

Ashley- I know Chris Kobin, the writer for a long time. I grew acting and I love horror. I guess with a little bit of luck.

I grew up watching horror movies.

Ashley- I grew up watching that stuff too and it’s crazy to see how far the genre has come and to see how it constantly continues. It has its own path.

It did. It grew and I am always proud of the horror community. They are dedicated.

Ashley- Yes! You guys are hardcore. I love it. I was just in India and I was in a spiritual area and they were telling me to “be careful what you watch.” I was like, uh-oh! Am, I in big trouble, because I love watching horror movies. 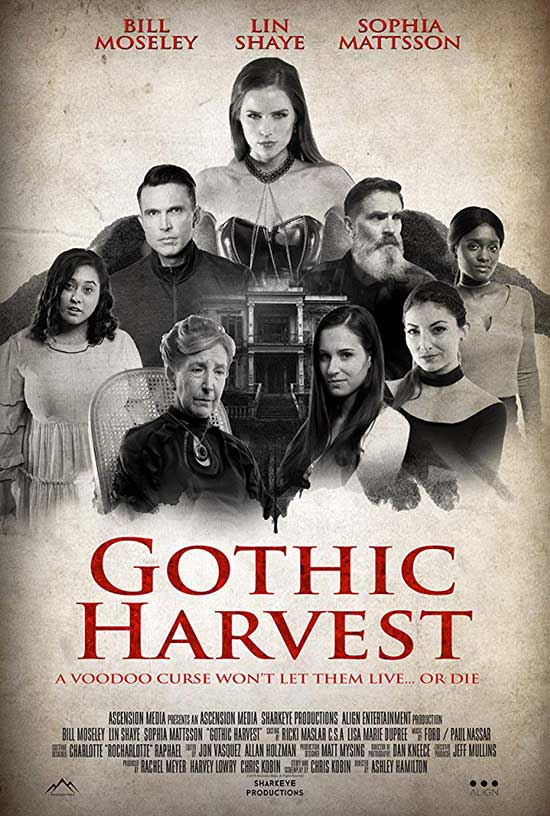 I sort of felt that way watching this movie! I was thinking, do I get the rosary beads out?

Ashley- Probably (laughing) what I liked about it was the aspect of having to think about life. We all think our life and to have to live forever with a family that you may not be so crazy about. That concept itself was crazy to me. It’s almost torturous that you’d never die.

Did you get to film in New Orleans during Mardi Gras?

Ashley- No, we didn’t film during Mardi Gras but we went back there and shot some stuff. It was great. We we’re debating on shooting here in L.A. or New Orleans. I said New Orleans from the beginning because there’s no way to cheat all the exteriors and the feeling of the place. There’s so much energy there.

Yes. What was it like directing this incredible cast? They do such a great job and Bill Moseley is funny and making the dad jokes.

Ashley- Yeah! Bill is hilarious. We we’re trying not to laugh because it was so funny. At the end of the scene when Bill is reading the dad jokes and I whispered in his ear and said, after you do the dad joke just go, oooppsss [cut out] and it was so funny. They didn’t put that in the movie but we had so much fun that night. It was really good to see that side of him. I enjoyed that, he was a lot of fun and went for it.

Lin Shaye is amazing. She is always on point. Griselda is such a good character.

Ashley- Thank you. Lin is amazing to work with. Lin is such an old school pro. Any note or adjustment that you could do in two seconds but she didn’t need anything. She is such a pro. Sofia was great too. I got lucky with a great cast. That’s what makes so much of it believable when you have a good cast. It’s not a bunch of crappy actors. 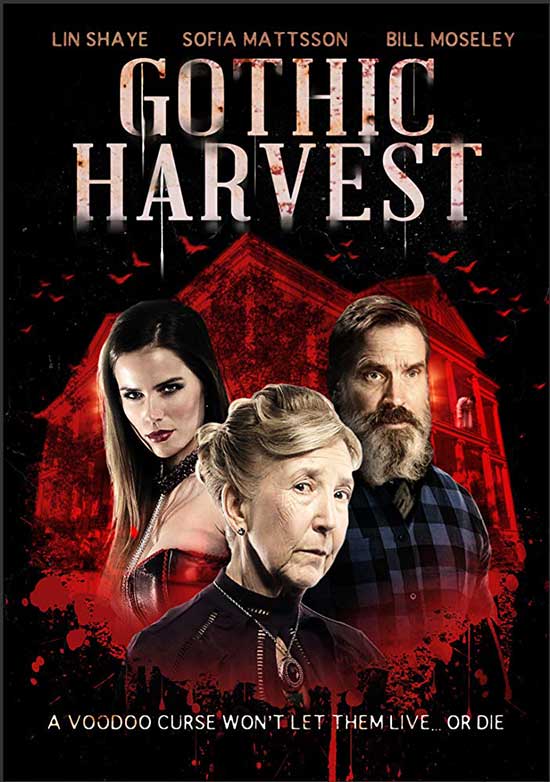 Was the preparation for you a little different since you are acting in the film and directing?

Ashley- No, not too much. I trusted Dan, the DP on performance stuff, I didn’t like to watch the performance stuff but then I got past that in my life. I know a lot of actors don’t like to watch themselves. I think it’s actually good to watch yourself so you see what’s working and what’s not working. Sometimes you do things that you think are working but it’s not working. It really helped me with that kind of stuff. The main prep was pre-production, our shot list, locations and where we’re shooting and then working with the actors. As a director and an actor… I feel like a director’s job is really like the host of a party, to make sure everybody is comfortable and having a good job.

Ashely- Yeah, if the party turns out shitty, everybody hates the host. So, you hope the party goes good.
I think the party was pretty good.

Do you think you will do a sequel or are you working on something different?

I was excited that you directed a horror film. I loved you on HBO’s “OZ” and I thought it was cool that you are in Gothic Harvest. It’s creepy, different and sort of keeps you on the edge of your seat.

It was good. It is a little unnerving and I did some yelling at my laptop.

It was driving me crazy but it’s so good. The on-edge parts of this movie. It puts you on edge!

Ashley- Hilarious! I am glad that got conveyed. I like when you can convey that and put people on the edge or where they’re just uncomfortable. I love that. You know what movie did that to me? It wasn’t a horror movie, it was a movie called, Animal Kingdom, an Australian movie, and they made a TV show about it now. If you ever get a chance, watch the movie. Guy Pierce is in as well, who I did Iron Man 3 with. Every time he’s on-screen you are on the edge of the seat for the whole movie. I love when that happens. It’s like what Hitchcock said, put a bomb under the table and the casts knows it’s under there, the audience knows it’s under there. It’s still scary but if you put a bomb under the table and the characters don’t know it’s there but the audience knows it’s there, it’s even scarier. That’s the kind of intensity you are conveying.

Yes. If you ever get a chance, Ashley you have to watch Alfred Hitchcock’s “An Unlocked Window.” It was part of the series he did. You never expect what happens! Its crazy good.

Ashley- Okay, yeah! “An Unlocked Window”, I’ll check that out.

What do you want to say to the fans that will be watching, Gothic Harvest?

Ashley- It’s hard to say one thing. I think that’s what great about movies is there’s a fanatic premise but people convey different things to themselves. People take different take away things from movies. I kind of like that. If you take all the horror stuff away, like I said earlier the uneasiness of a family that is stuck together. They have a lot of issues with each and they cannot die. I think that in itself is scary. 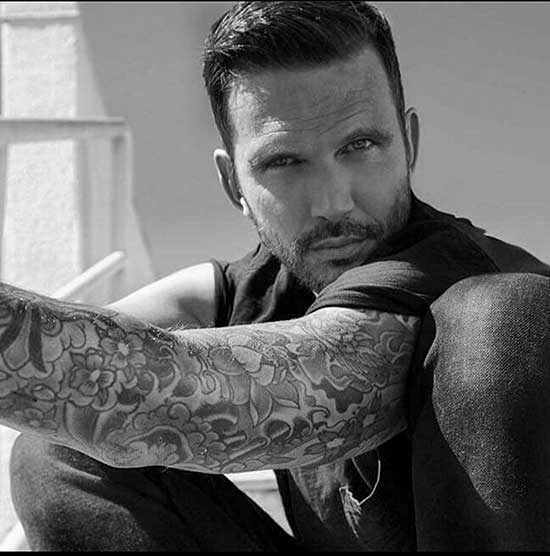 Yes, that sort of hits you hard. I watched Gothic Harvest about three times now.

Well, it’s different and it’s something we don’t see that often. I thank you for the time and it was great to talk to you. It is good to know you love horror like us.

Ashley- I think you do your best and you work on something and then you have to put it out into the world. It’s up to everybody else. When you’re attached to any kind of work, you don’t know. You always hope for the best. That’s the great think about art, everybody puts in their best job and then you have to turn it over and let it go. You raise a child and then let them go into the world. You let them find their way. Sorry for my weird analogies.

Not weird at all! They totally make sense to me. That’s a good analogy. I thank you so much for taking the time to talk. Gothic Harvest was a great movie.

Ashley- Thank you so much. Thank you for your time too. 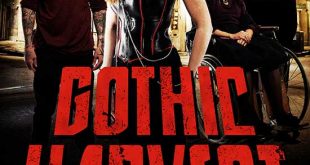