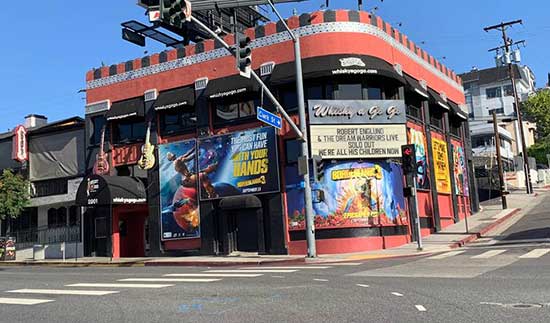 Billed as ROBERT ENGLUND & THE DREAM WARRIORS: CELEBRATING A NIGHTMARE, the event was organized as a benefit for DIDI HIRSCH MENTAL HEALTH SERVICES, a 501(c)(3) nonprofit organization dedicated to helping teens and transforming lives since 1942. The date of the show took on special meaning as it marked the beginning of National Suicide Prevention Week in the United States. Langenkamp remarked: “Wes Craven’s brilliant story puts a spotlight on the plight of kids in the suicide ward of a mental hospital.

Their pain and suffering throughout the screenplay speaks to the pain of many kids in our society. Their battle against Freddy is sadly similar to the battle kids with mental illness deal with every day, as they try to cope with the bogeymen in their lives.” Besides Langenkamp and Heiden taking to the stage to reprise their respective roles of Nancy Thompson and Will “the Wizard Master,” the cast boasted a number of returning players including RODNEY EASTMAN (Joey), BRADLEY GREGG (Phillip), PENELOPE SUDROW (Jennifer), BROOKE BUNDY (Mrs. Parker) – and, of course, ROBERT ENGLUND as the iconic “Man of Your Dreams,” Freddy Krueger. 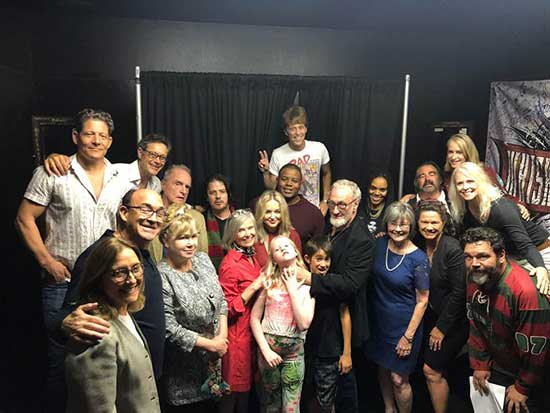 The ghosts of Freddy’s past victims were played by AUBREY GENESSE and ETHAN HEIDEN, both children of cast members – making this a true multi-generational event worthy of continuing the ELM STREET legacy. “Being in the same room with Robert Englund, the Dream Warriors, and all the other people who made NIGHTMARE ON ELM STREET successful was so gratifying,” stated Langenkamp of the reading. “All of us have a deep love for this franchise and it showed.” Heiden added: “This was a once-in-a-lifetime event that I was beyond grateful to be a part of… to get to read the script live with Robert, Chuck, Heather and the rest of these actors was literally a ‘dream come true.’ What a fantastic way to raise money for Didi Hirsch Mental Services.”

In addition to donating a major portion of the ticket sales, the organizers held a silent auction that included exclusive items donated by the cast and key supporters (including a guitar signed by Whisky A Go-Go legend ROBBY KRIEGER) to raise money for the charity.

About the overall fundraising, producer MATT. MURRAY stated: “While we’re still tallying our receipts, we anticipate that the overall donation to Didi Hirsch will be upwards of fourteen thousand dollars. We encourage all of our friends, family, and fans to continue to support this great cause and to help save the lives of those in need.” ROBERT ENGLUND & THE DREAM WARRIORS was made possible through the fiscal sponsorship of Aphilibism Incorporated, a 501(C)(3) dedicated to developing original theatrical work in a variety of media and sponsoring theater events for other charitable organizations.