Home | Travel to the Depths of the World’s Greatest Mystery in Global Premiere of ‘Loch Ness Monster: New Evidence’

Travel to the Depths of the World’s Greatest Mystery in Global Premiere of ‘Loch Ness Monster: New Evidence’

PREMIERING SUNDAY, SEPTEMBER 15 AT 8 P.M. ET/PT ON TRAVEL CHANNEL IN THE US

AND SEPTEMBER 15 AT 7 P.M. ON DISCOVERY CHANNEL IN THE UK 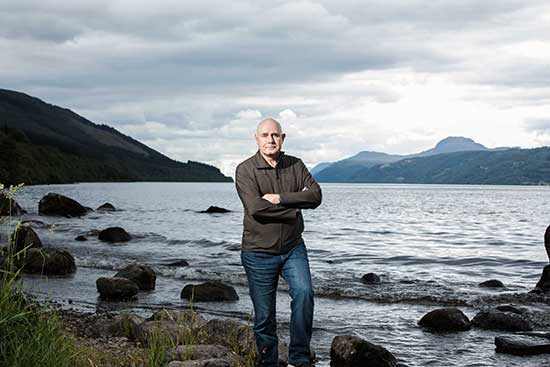 Tales of a monster lurking beneath the waves of Loch Ness have terrified people in the Scottish Highlands for centuries. Now, Dr. Neil Gemmell of the University of Otago in New Zealand, uses a cutting-edge scientific technique called environmental DNA (eDNA) to unravel this centuries-old mystery. Travel Channel has the exclusive first look at Gemmell’s high-tech monster hunt, carrying out experiments, talking to eyewitnesses and investigating the incredible history of the Loch Ness monster. The global premiere of the two-hour special, “Loch Ness Monster: New Evidence,” premieres in the United States on Travel Channel on Sunday, September 15 at 8 p.m. and in the United Kingdom on Discovery Channel on Sunday, September 15 at 7 p.m.

Gemmell and his team collected water samples from all over the loch, which were filtered for DNA fragments. If there’s monster DNA in the loch, Gemmell will find it. He’ll put the leading theories to the ultimate scientific test. Is Nessie a giant sturgeon or catfish as many contend? Could it be a new, undiscovered species of large eel? Is it a lost relic of the dinosaur era that captured the world’s imagination in the infamous, black and white “Surgeon’s Photo,” taken in 1934? Gemmell’s stunning evidence is sure to launch a new chapter in the search for the Loch Ness monster. On September 5, 2019, Dr. Gemmell and his team announced the results of their astonishing study.

“Our cameras have been behind the scenes capturing all of the drama and finally revealing that several leading theories can be scientifically dismissed. Now, the most thorough eDNA study of the loch in history will have its day in the spotlight,” said Matthew Butler, general manager, Travel Channel.

Professor Gemmell made it clear from the start that the monster myth was always, “the bait on a very large science hook.”

“Perhaps the most lasting legacy of this adventure will be that millions of people now know about the power of eDNA to understand, monitor and protect our environment.” Gemmell adds he hopes his recent foray to Loch Ness may inspire others to explore the world in this new way.