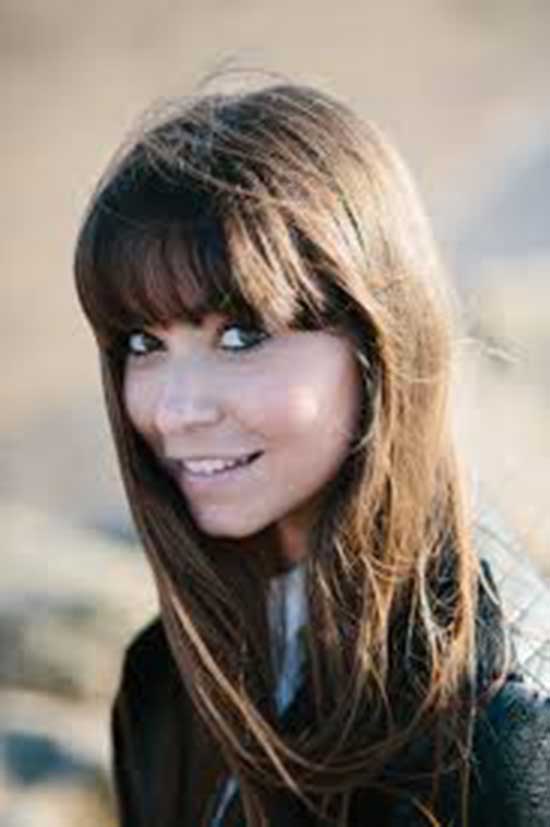 Actress Lyndsey Craine (“The Creature Below”, “Long Gone”) stars in the new film, “Book of Monsters.” She took time to do a Skype interview with Horrornews.net

Check out the interview.

Okay, First off, Thank you so much for taking the time to do this interview with Horrornews.net (me) tell me about the character Sophie and why you decided to take the role? You did an excellent job in BOOK OF MONSTERS

Lyndsey- Thank you so much! Sophie is turning 18, she’s a shy and timid girl who has had a tough life after losing her Mum at a young age and no one believing her as to what happened. Her best friends Mona and Beth decide to throw her a huge 18th birthday party which turns into a bloodbath as monsters descend on the party. Sophie throughout the film takes a real journey from timid girl to complete badass! As soon as I read the script I fell in love with the character of Sophie and as mentioned her journey that she takes and it was so exciting to bring that to life on screen. It was also an opportunity to play a real kickass female role which was just fantastic!

YEAH! I agree! She did kick ass and Sophie was my favorite character. This was such a great film. Because of everything going on in the movie. Did you face any challenges while filming?

Lyndsey- Ahh thank you!! This was my first lead role in a feature film so I felt very lucky to bring a character like Sophie to life! I think the main challenge we experienced was time, we shot the majority of this film in 13 days so getting everything completed was a challenge but just added to the excitement that the whole cast and crew experienced

Oh wow! And Congrats on that! You did a great job! 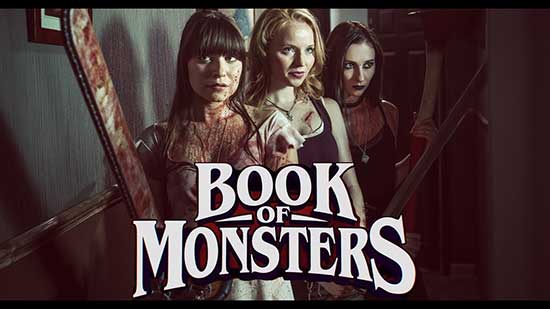 Lyndsey – Thank you so much! Working with Stewart was fantastic! He is such a dedicated and talented director that it was a real honor to be taking the lead role in his film. I have worked with him on some of his short films so I knew he had an incredible work ethic so I always wanted to do my absolute best for him and do justice to the role of Sophie. He has so much passion on set and off and I know that this will be just the beginning of an incredible career for him.

Awesome! – What was it like working with the cast? It seemed like you guys were friends forever!

Lyndsey- Yeah the whole cast were amazing! Michaela and Lizzie who played Mona and Beth are such incredible girls! They are fantastic actresses and I have learnt so much from them. We have become such good friends off set that it was very easy to translate that onto screen.

Lyndsey- I have just finished on another feature film called “Zomblogalypse” which is based around a bunch of people who decide to make a film during the zombie apocalypse! This actually started as a web series which you can find on YouTube. It was so much fun to film and I cannot wait to see it! 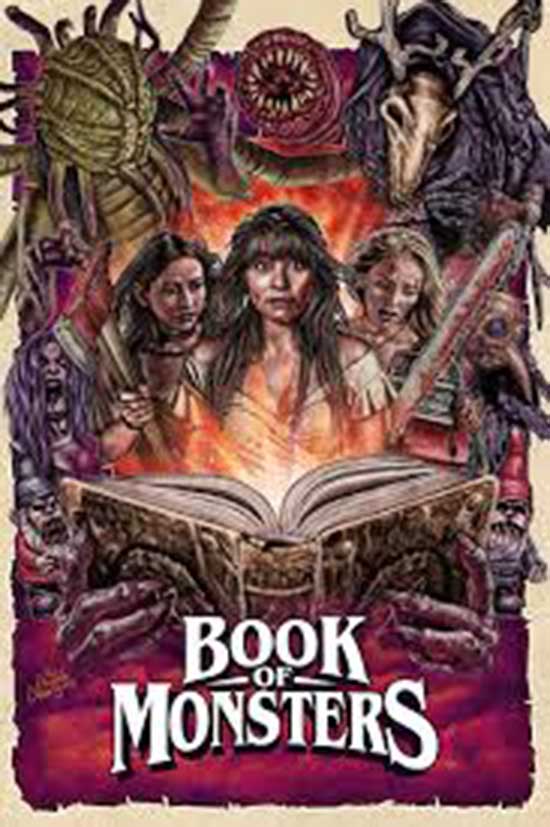 I cannot wait to see it! What would you like to say to the fans who will be watching BOOK OF MONSTERS and to your fans?

Lyndsey- I would never be so bold as to say I have fans at this stage in my career as I’m pretty much brand new to the industry but I just really hope they enjoy the film and have a real laugh watching it! I hope the audience really embrace Sophie and enjoy going on a journey with her. Also just a big thank you to everyone who has seen the film so far!

Your performances in Long Gone and even The Creature Below stand out!

Lyndsey- Ahh thank you so much, it’s really so kind of you to say and thank you for watching them! I shot Long Gone last year and again had such a brilliant time!

A favorite for sure. My last question is did you have a favorite scene from BOOK OF MONSTERS I guess without giving away a spoiler. I love the action and the fun and the book scenes were crazy good.

Lyndsey- Yes without giving away too many spoilers! I think all the action scenes were just fantastic and so much fun to film! I think it would be difficult to pick a favourite but being able to fight with a chainsaw was pretty awesome!

Lyndsey- Hahaha thank you! So much fun to film.

I want to say thank you so much. This movie is one of my favorites so far! You totally rocked and I cannot wait to see the next film

Lyndsey- Thank you so much!! I’m so glad you enjoyed it and it has been really lovely to chat to you!

Awww, it was an honor. You rock Lyndsey! Thank you so much for taking the time.

Lyndsey- Ah thank you so much!! It’s been brilliant! I will look out for it online! Take care and thanks again :) 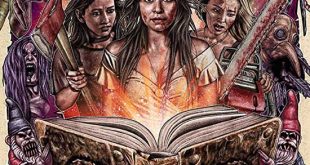 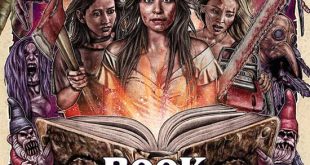 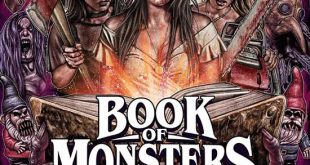