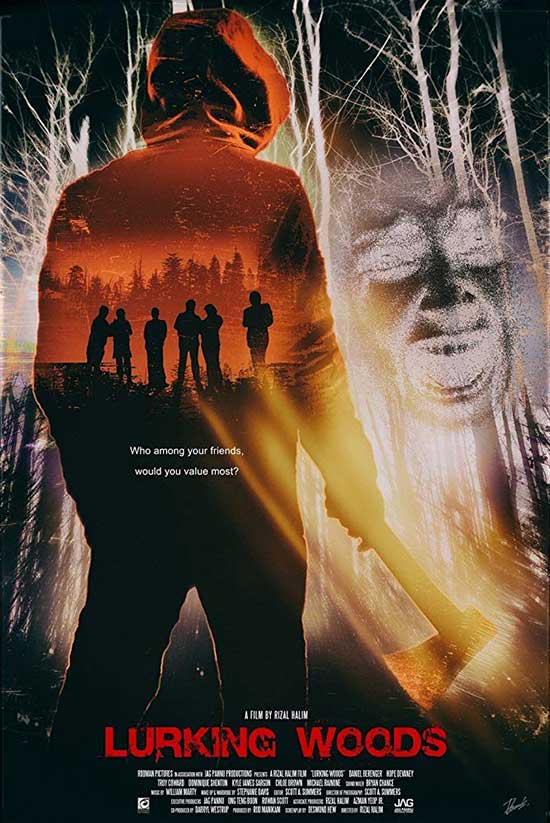 They have all agreed to spend a luxurious weekend away in a tranquil woods location together. The girls of the group have secretly organised a “seek and search” game that will result in which guy will end up spending time with which girl for the weekend. …. It is quickly discovered that not all seems to be fun and games in the peaceful neck of the woods. A masked person is lurking around in the woods and spying. Before too long the eerie masked person has appeared to have gone crazy and starts attacking the group individually.

We’ve got a new one for you all to check out that goes under the title of Lurking Woods. This “Australian Suspense Thriller” was directed Rizal Halim and released on 2015.

Lurking Woods, like many films of this genre today, center on the outing of a group of friends. The setting for this group of 6 resides in the outback at a getaway rental reserved in advance with the intention of a private gathering. The group of friends primarily consists of actor/characters: Mike (Troy Coward), Andrea (Hope Devaney), Scott (Daniel Berenger), Alice (Chloe Brown), Tim (Kyle James Sargon) and Arleen (Dominique Shenton).

Now it wouldn’t take much to guess that this group of 3 girls and 3 guys has some inclination towards weekend hookups, partying and romance. Though these matters all seems to get much more complicated with the arrival of a masked killer. In Scream-like fashion our killer wears a Halloween mask while moving among the shadows and picking them off one by one. So what makes this film any different than the rest of 100 films in the last few years that follow this premise? Well, not much except that its located in Australia and adds a special hookup game designed to match up couples based on traditional treasure hunting. Essentially though this better enables the film makers to better utilize their surroundings.

The film follows suite by keeping the dialog interesting while playing on the characters knack for potential hookups. The kills here are never really clever “per se” (Saw style), but appear to follow the roadmap of typical slasher style killings. Acting performances in the film feel natural rather than forced making the experience a bit more enjoyable that others I’ve seen this year. This of course setting the mystery for the “who is killing off the participants” to be the prime premise reveal for this story. Scenery here is kept interesting enough per use of the local surroundings combined by the dialog exchanges between actors.

“Lurking Woods” is a directorial debut for Rizal Halim who has used this project to gain entry into film making. Per use of a “Dragon” camera (sorry not sure what that is?), the filmmakers here have kept things low budget, simple and limited to a basic script that doesn’t rely too much on practical effects expense. I could easily see this as a bridge piece to go onto bigger budget ideas and more complex arrangements given the inclusion of more money, so while the film may not make the best of lists this year, it still represents the efforts of future filmmakers trying to gain leverage into the business.

Right out of the gate, I was at odds with “Lurking Woods” due to production issues. On one hand the cinematography and editing was professionally done, though the film suffers from serious sound issues. It’s not the soundtrack, (which I thought was done quite well), it’s is the audio recording that wasn’t miked properly containing an inherited noticeable hollow audio track that is most apparent in indoor settings. This oversight creates a big problem for the filmmakers who have may have to decide to re-shoot, use it, or overdub (which can be quite time intensive). I’m afraid this issue will haunt this production indefinitely unless a total re-shoot/recording is performed.

Other issues that felt odd to me is the hot tub scene with has 6 adults trying to squeeze into a tub built for 1. I suppose a viewer could spin this moment as a comedic moment, though I don’t think it was it’s intention. (Maybe a quick shot at a local hotel for this might have presented better?) 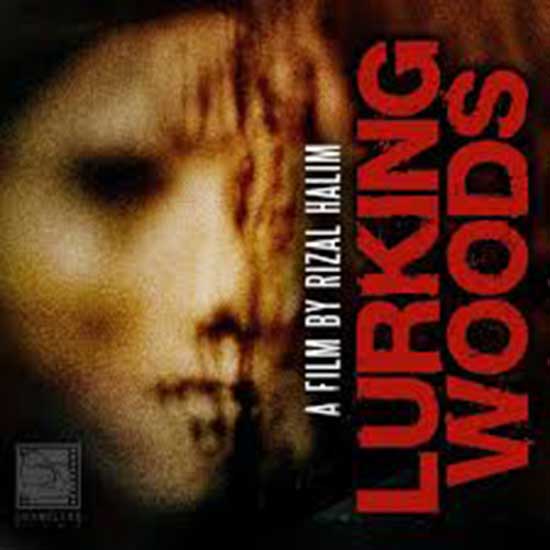 In all, like mentioned before, we are not really looking at anything new here that you haven’t seen before. I know that slasher fans in this genre will appreciate the formulas they have come to know, However I wouldn’t count on this one for putting Australia on the map (rather optioning for more intensity in films like “Wolf Creek”, “The Babadook” or “Lake Mungo”). In closing, have fun with it, and keep in mind that every production has starting point before trying new things!