Actor Andy Buckley has appeared in projects such as The Office, Odd Mom Out, Casual, Lady Bird and a little film you may have heard of, Jurassic World, to name a few.  Surprisingly he has never starred in a horror film, even though he is a huge fan of the genre. So when writer/director Chris Blake approached Andy about joining the cast of his latest horror film he couldn’t say no. The film, titled All Light Will End, follows a capricious young author (Ashley Pereira) hiding a dark secret. When she returns home for her brother’s graduation, she finds herself haunted by the past and tormented by grimly night terrors. In the below exclusive interview Andy and Chris discuss everything from their favorite horror films to which is more scary, brutal killings with gore or mental terror and the fear of the unknown.  All Light Will End is being released November 2 by Gravitas Ventures, you can
pre-order it here: itunes.apple.com/us/movie/all-light-will-end/id1435972559. 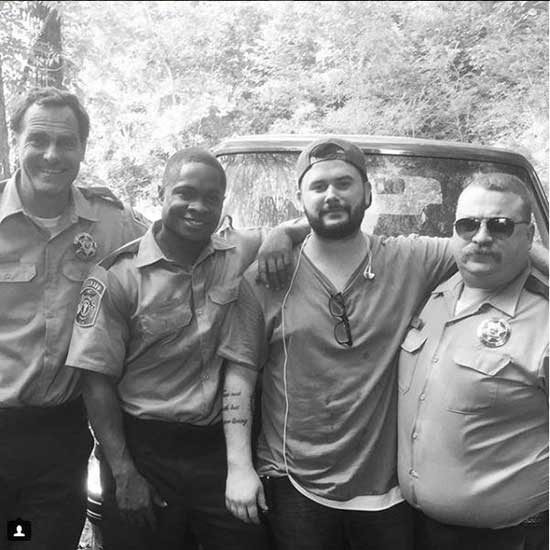 -After you read the script for All Light Will End what were some of your initial thoughts on the film?

I thought ‘that was a blast’ and thought it could be pretty scary and suspenseful. Thought it was going to be a lot of fun to make.

-You have done a lot of comedy in your career with roles in The Office, Veep and Odd Mom Out. What made you want to take on a role in a horror film?

-Can you tell us about your character, David?

A tortured though solid, quiet guy who has a great love for his daughter and internally holds the terrible past incidents of his family, we find out about in the 3rd act of the movie. He wants to protect his family.

-Are you personally a fan of horror? If so, what are some of your favorite titles in the last few years?

I am a fan, though I don’t actually get to see them much these days. Young kids so I’m seeing those movies. Soon though I’ll get back to them. But your classic Halloweens, The Shining, Psycho… loved Get Out. Night of The Living Dead to go way back!

-You were in one of the top ten biggest films of all time, Jurassic World. What was it like to be part of something that massive?

Pretty freaking cool! Luckily, I got that call because Colin is a huge Office fan and said, let’s put Wallace in a normal serious role. He’s a lovely good guy. And what a wild set to be on. My stuff was the house, the airport and airport hangar/evacuation center. But I went to the set a few days where they used huge shipping containers to build the main ‘pen’ for the Indominus Rex and it literally looked like it could hold one. And the pens for the 4 raptors – same thing – it was just incredible to see. The size and scope of everything. Start to finish it was just a super cool world/movie to be a part of… a luck phone call to get indeed! Thanks! 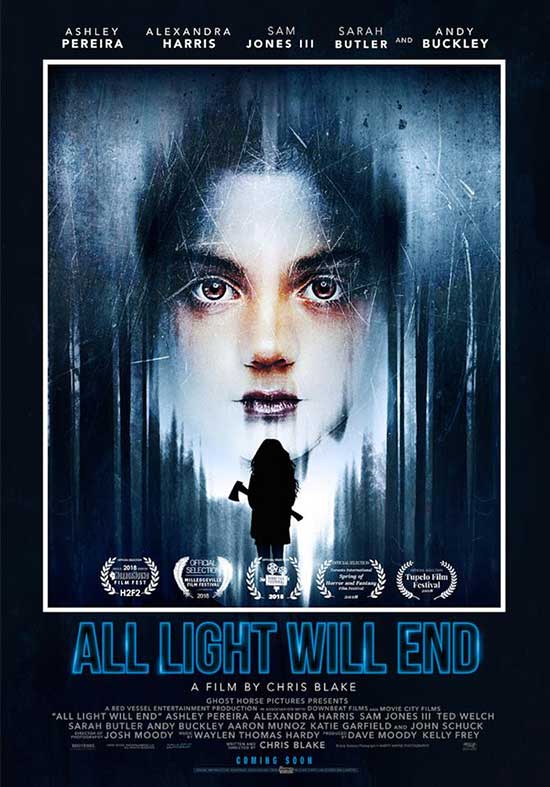 –All Light Will End comes out during a peak time for horror films. What do you think sets your film apart from other horror films?

Great question. You know, I hope what people find unique about All Light Will End is our approach to the genre. We didn’t initially set out to make a horror film, and yet the film found its place organically within the genre. I wanted to make a film about the character’s internal struggles and the unsettling paradigms that make up her mental construct. The script was written more like a drama with vibrant characters that happen to find themselves in a violent situation. I feel like we accomplished that, and I hope audiences find something fresh to love about our story.

–All Light Will End is your feature directing debut. Why was now the time to finally pull the trigger with this film?

I just felt that I had come to the point in my career where short films had served their purpose, and script revisions on other projects were paying the bills but weren’t necessarily satisfying my passion for storytelling. I didn’t know if I could raise the money to make a feature film. I didn’t know if I could sell the film even if I did. And I had no idea if anyone would be interested in being a part of the story I wanted to tell – thankfully, all three of those fears were just insecurities that I was fortunate enough to overcome. True independent filmmaking can be a lonely and soul-searching journey, but damn if it isn’t an incredible and truly gratifying experience.

-You both wrote and directed this film. If you had to pick one, would you be more drawn to write or direct your next project?

Oh wow – now, that is a tough question. I love writing a script from scratch. I love getting to know the characters and creating a world in which the rules and laws are whatever I decide. I guess, in a way, I enjoy playing God in the little universes I create. However, directing is another passion that burns deep. Working with actors, collaborating with other filmmakers onset, crafting a story visually from words on paper, is an entirely different high – finding a team that’s passionate about helping you bring your story to life – I wish it were something everyone had the opportunity to experience. If I had to choose, I’d probably prefer to direct — assuming it was a story in which I could easily immerse myself — something with a message – I think I’d choose to direct. I think…

-As a director what do you find more scary, brutal killings with gore or mental terror and the fear of the unknown? How would you classify All Light Will End?

I think there is a place for gore in horror – naturally – but I’m personally drawn to psychological terror and the fear of the unknown. I appreciate films/stories where we don’t know what’s going on or why. I like films where the story is focused on the characters and how they react/survive/endure the situations they find themselves in – Don’t get me wrong, I want Pandora’s Box in my films — that excites me –, but whereas most people want to know what’s in the box, I’m not really concerned with its contents. I’d rather imagine what’s inside and let that reflect in my characters and their journeys. All Light Will End bleeds firmly into psychological horror. 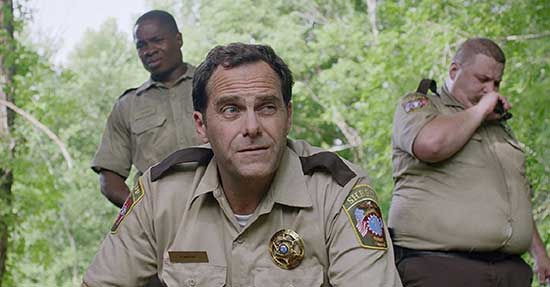 -With Halloween getting a new installment by Blumhouse, is there another classic horror film you would love to remake?

There’s this crazy surrealist David Cronenberg movie from the early 80’s called Videodrome — with James Woods and Debbie Harry – that I’d love to reimagine. I don’t think I could do it better – and my message would be different – but I’d love to sink my teeth into a modernized version and cast it entirely out of left field  – a cast no one would think of when looking at the script  – a female-driven version with like Emilia Clarke, Kaya Scodelario, Justin Theroux, and Mahershala Ali. I don’t know. I’m getting excited just thinking about it. You’ve got me thinking I should explore this. Maybe we should spread the word and voice it into existence.

Cronenberg is also author to one of my all-time favorite quotes, and I think it’s worth ending with —

“Everybody’s a mad scientist, and life is their lab. We’re all trying to experiment to find a way to live, to solve problems, to fend off madness and chaos.” – David Cronenberg 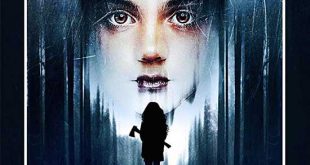