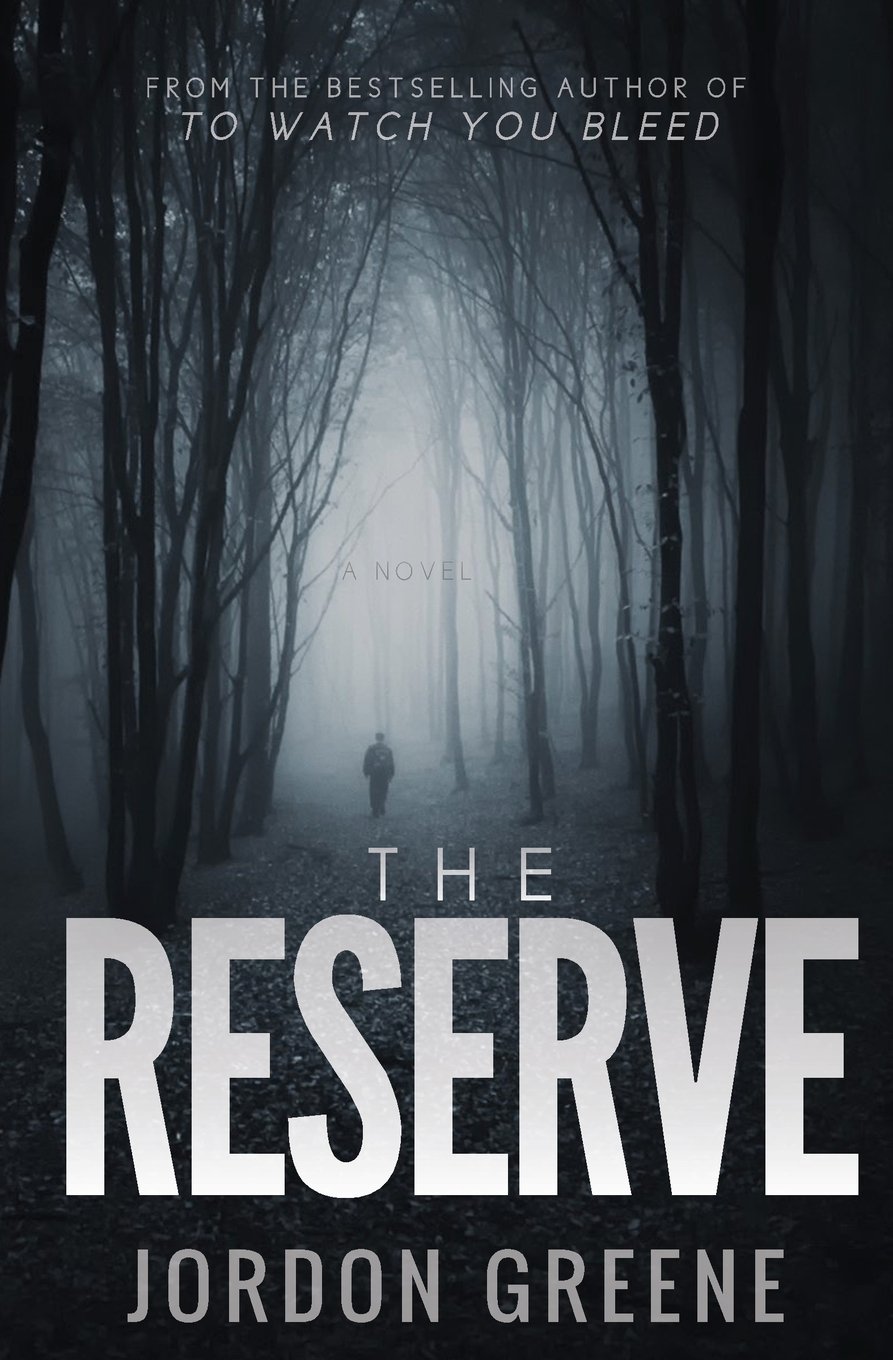 Cooper is just your regular, average guy doing his best to get over a recent break up and move on with his life. Taking a trip to New York to visit his brother Nick seems to be just the thing for a little unwinding and reflection. Not long after arriving his brother springs upon him, he’s gotten him a local acting gig in a small horror film production. Beyond elated, Cooper naturally accepts and the crew assembles to start shooting on a remote, deserted island. It doesn’t take long for things to go dreadfully awry however as the director, producer and stars soon realize they’re not alone on the set. Now in a struggle to stay alive, the shoot is swiftly abandoned as everyone desperately resists succumbing to the cutting room floor.

The Reserve will mark the first novel I’ve read by one Jordon Greene. I’m always immensely ecstatic to sample the prose of an author I’ve yet to explore. Make no mistake about it, Greene has an infectious style, paints a vivid picture and manages to lure in the reading audience from the initial paragraphs until the final bone chilling conclusion.

Drafted in a varying first and third person point of view, the author keeps the pace intriguing. In alternate chapters we get a broadened perspective of the here and now action. In contrast the following chapters pit the deep seeded emotions, thoughts and instincts of one main protagonist, Cooper.

The premise of a pre-production crew is unique and will appeal to horror fans of film and literature alike. Greene seems to have a firm grasp on what works in terms of developing and maximizing a devoted demographic. Readers will inevitably return for further novels, making this author a potential heavy hitter within the industry.

If I had to label one potential concern about the work of The Reserve is the initial ageism references in the early parts. By page twenty-five I had subconsciously noted at least two to three references as referring to forties as being ancient. Generally, its conveyed in jest and shouldn’t be taken seriously but would advise the author of being cautious of alienating his demographic unintentionally.

A little bit of exposition is showcased in Cooper’s life. We get a glimpse about what drives or motivates his character. Examples of heartbreak and betrayal are an effective segue into enabling the readership to empathize with our lead protagonist.

Cooper’s inner monologue is perpetually engaging. On an almost subconscious level we begin to cheer on our lead. The crush he develops on Ava is something just about any reader can live through vicariously.

A rising plot escalation is unleashed effectively. Greene has a firm grasp on how to captivate and accentuate the audience’s attention. We get subtle clues and hints as to what may unfold. The true terror begins to shine as the reader is invited to speculate as to what could possibly be lurking in the shadows.

Perhaps most impressive is Greene’s style. Each character has an opportunity to shine through inner voice. He creates a story with massive merit and draws upon all of the emotions. The Reserve is presented in a show, illustrative fashion as opposed to one of the many pitfalls novice writers fall into in creating more

of a tell narrative. One of the carnal rules of writing is to show not tell. Greene succeeds time and again through multiple points of view.

While the plot continues to whirl into the intense unknown the suspense is heightened. Each character’s individual hell is highlighted and exploited. We venture into their collective pasts and discover how their fate has unfolded.

A third and final act unfolds that few readers whether new or beyond seasoned will see coming. I anticipate a most bright future ahead for Jordon Greene in a realm that gravitates primarily to the darkness. I for one will be keeping an eye on this author and highly recommend fans of the great escape to set aside some time for The Reserve