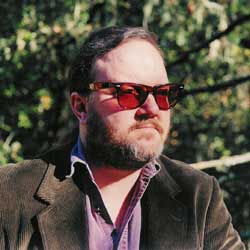 Can you tell us about your book, “Asia Shock: Horror and Dark Cinema from Japan, Korea, Hong Kong, and Thailand” ?

Well, Scarlett, I think the the title says it all. Actually the word “horror” wasn’t in the title originally. I’d developed the concept of “dark cinema” that included horror but extended to exploitation, black comedy, mysteries, thrillers and such — basically anything with the whiff of death. My publisher made me add “horror” to the title because he said it sells more books. But I discuss plenty of horror films in the book.

What sets apart Asian horror from the general corpus of American horror?

The first chapter of the book is devoted to that question. I look at cultural differences, as well as history and religion to understand why Asian horror films are so uniquely chilling (and, in some cases, hilarious).

What are the general similarities and differences between the various Asian horror genres discussed in your book?

That’s a good question, because a phrase like “Asian horror” is somewhat misleading. Actually there are vast differences between the horror films coming out of Japan, South Korea, Hong Kong and Thailand. For example, many of the Hong Kong horror films I screened had a rich vein of comedy running through them; dark cinema from Korea tends to have a higher level of explosive violence and rage; Thai horror often has a strong Buddhist nature; and of course Japanese horror is just plain freaky.

In an age of disposable entertainment, why has Asian horror become more popular?

There’s a timeless quality to many Asian horror films that transcends throw-away pop culture. A film like Oldboy or Suicide Club or The Untold Story — that stuff stays with you. You don’t just shake if off. Plus these countries are thousands of years old; there’s a certain grounded quality you get from them that you don’t find in most Hollywood entertainment.

Why are themes of sadomasochism and degrading violence more prevalent in Asian horror films?

I don’t know that they’re more prevalent (the Saw franchise seems to be doing well) but Asian filmmakers are certainly more frank about it. These are ancient cultures that have seen it all. Plus they aren’t saddled with the puritan hang-ups we have here in America.

Is there a reason why Asian horror appears to embrace the supernatural more than American horror?

Asian cultures tend to be more animistic than western ones — the realms of the living and the dead aren’t so separate over there. Whereas western man tends to believe “there’s no such thing as ghosts,” in China ghosts are still very much a going concern. Asian ghosts are also a lot more interesting than the sad, lost souls common to the West. They’re fierce! There’s a Thai film I review in Asia Shock called Body Jumper about a traditional Thai ghost called a pob. The pob is a liver-hungry ghost: It runs around ripping people’s livers out and eating them. Now that’s entertainment!

Sure. Start with all the films in Asia Shock. Then you can go to my blog, asiashock.blogspot.com for more.

That would probably be Men Behind the Sun, a Chinese film about the heinous atrocities committed by the Japanese Imperial Army’s infamous Unit 731 in Manchuria during the waning days of World War II. It’s not really a horror film, but it’s pretty horrific. There’s some animal abuse in it and just a very sick vibe.

What are your thoughts on the future of Asian horror?

The horror genre, no matter the nationality, is one of the most sturdy and always makes money, so we won’t be seeing the last of it any time soon. New artists will continue to appear and offer fresh takes on the business of bloody terror. Specific sub-genres come and go, like J-horror — that particular brand of long-haired lady ghost films peaked years ago. However the Japanese are an innovative people, and I have no doubt we’ll be seeing more compelling horror from them in the years to come.

I have to ask this, what’s the significance of the long dark creepy hair?

It’s a dramatic convention originally used in Kabuki theater. Popular thrillers of the 19th century often concerned a virtuous woman who is cruelly murdered only to come back as a vengeful ghost. Since Japanese women of a certain class tended to grow their hair very long, when they came back from the dead that stuff was all over the place. Modern Japanese filmmakers have seized on this cultural imprint, making their films resonate more with their audiences. But even if you don’t have this cultural conditioning, J-horror films are still sufficiently *ahem* hair-raising.

Thank you for stopping by! Any departing words you’d like to share with us before you go?

I encourage everyone to check out my website, cyberpat.com/, for more information about my books. 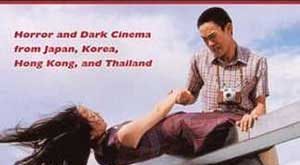