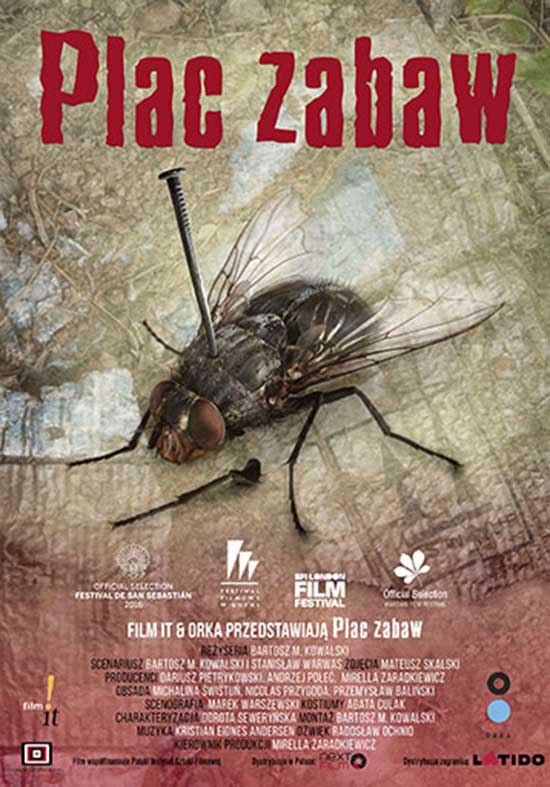 It’s the last day of school in small town Poland and Gabrysia wants to tell her classmate that she loves him. But it will not end well.

It’s not uncommon for genre cinema to receive adverse reactions when it plays the festival circuit. It’s not always a bad thing either. Whether it’s people passing out at a Toronto Film Festival screening of French cannibal movie Raw, or British critic Mark Kermode storming out of a Cannes screening of Funny Games, yelling ‘Il est merde!”, this kind of attention can light a fire in a potential audience, who may not ordinarily have wanted to see the film originally.

Polish director Bartosz M Kowalski’s Playground certainly received more than its fair share of column inches when it screened at the San Sebastian Film Festival in 2016. Variety reported on audience members running to the exits during the film’s protracted 20-minute finale. One outlet, Screendaily, described the film as ‘deeply troubling’. It’s the kind of publicity one can only wish for sometimes. As the adage goes, there’s such thing as bad publicity. Well…

Whilst this critic is not averse to these kind of ‘shocking’ and polarizing films – Raw is a masterpiece in my mind – Playground is in an altogether different ball park from the likes of Funny Games, or even A Serbian Film. One which makes it hard to recommend it. 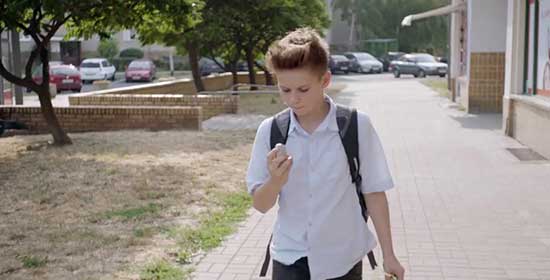 Broken up into several chapters, the film starts off mundanely enough with a young girl, Gabrysia (Michalina Swistun), getting ready for her last day of term. She toys with make-up and makes a special effort to ensure she looks good. We will find out soon enough that she’s getting ready to reveal a crush she has on classmate, Szymek (Nicolas Pryzgoda). Szymek, meanwhile, harbors a deep-seated anger that can surface without warning. In one early scene, an expressionless Szymek beats his bed-ridden father before leaving for school. We are also introduced to Szymek’s friend, Czarek (Przemek Balinski). Czarek lives with his mother and two siblings, one of whom is barely a year old. It’s suggested the mother is suffering from Post Natal Depression and this has led to her being unresponsive to Czarek’s need for love. Like Szymek, Czarek is angry at his lot in life and is seen passively torturing a stray dog by maliciously tempting it with food.

It’s clear from the get go that Playground is going to take us down a dark path and Gabrysia’s day is going to get a lot worse. And whilst her interactions with the two boys does lead to an aggressively sexual encounter, Kowalski hasn’t quite finished with his audience. Fair warning, those wishing to avoid spoilers may wish to click elsewhere.

In the film’s final and longest chapter, the boys go to a mall where they come across a toddler playing by himself. In CCTV footage, we see the boys lead the child away and out of the mall. For those who live, or have lived in the UK, the scenes will quickly evoke the memory of the murder of two-year-old Jamie Bulger by two ten-year-old boys. As of writing, it has been 25 years since he was killed, and the crime still ripples through the country to this very day. It’s made all the more horrific knowing there was no clear-cut reason for why they did what they did. Kowalski, supposedly having stumbled upon the case via the internet, wanted Playground to look at child psychopathy (aka conduct disorder) and the futility of trying to pin down why something like this could happen.

That all sounds very good on paper, but Kowalski does not only hint at the 25-year-old case, he shows us everything, right down to Szymek and Czarek murdering their new distraction in the exact same horrific manner as the tiny Bulger. Kowalski’s insistence on recreating Jamie’s last moments on earth detail for detail smell of opportunistic filmmaking, rather than serious analysis. If one does have to make a film about Jamie Bulger’s killers, then there’s enough information into their real lives to occupy a mini-series. This was, after all, a murder that was blamed on everything from bad parenting, to the class system, to Child’s Play 2. Australian drama Snowtown, although a slightly fictionalized account, is a good example of a film which took a tragedy – in this case the murder of eight people – and tried to understand what made the killer and his young ward tick. Yes, it’s as violent as Playground, but there’s never a ghoulish sense of rubbernecking.

Being so stringent around the details of Jamie Bulger’s death highlights how superfluous Kowalski’s efforts were. If everything else – from the killers’ background to their ages – is going to be changed, why spend so much effort trying to replicate a horrendous murder. Even the woefully boring Boy A managed to cover the same ground without alluding too much to the real case. And that’s why Playground feels so opportunistic. There is no insight, there is no greater knowledge gained. There is merely a film with a morbid selling point, and shock tactics for the sake of shock tactics. 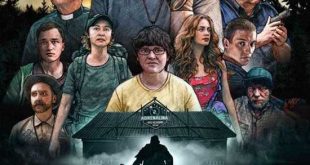 Film Review: Nobody Sleeps In The Woods Tonight (2020)