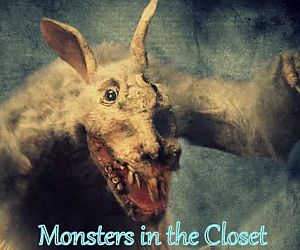 The Snygg brothers are both writing, directing and lighting their first feature film since BEASTER DAY: Here Comes Peter CottonHell.  They  are funding the film mostly by themselves, but need help in their completion of their project.

Feel free to donate (money or services in the tri state area) what you can to help feed their actors, crew and help them to improve their production values on the project.  They have the locations, crew and equipment already in place. We just need your help to give us funds so we can spend more time on this production to truly make it shine.

Tags MONSTERS IN THE CLOSET