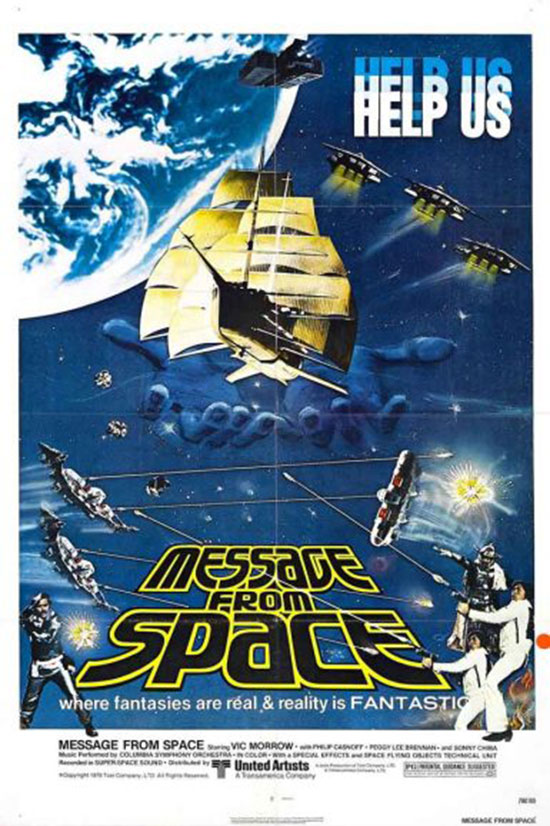 In this Star Wars take-off, the peaceful planet of Jillucia has been nearly wiped out by the Gavanas, whose leader takes orders from his mother (played by a comic actor in drag) rather than the Emperor. King Kaiba sends out eight Liabe holy seeds, each to be received by a chosen one to defend the Gavanas. Each recipient, ranging from hardened General Garuda to Gavana Prince Hans to young Terrans Meia, Kido, and Aaron all have different reactions to being chosen.

When I was asked to review Message from Space (1978), I was surprised. It was a movie I hadn’t heard of before. Considering my knowledge of B grade cinema tends to be vast (my girlfriend actually calls my brain a polluted wasteland of bad movies. I can’t say that I have good counterargument because I fear she may be right), it’s rare that there’s a B-film that I’m unaware of. After I did some research, I learned that it was Japanese production from 1978. After watching the film, it’ll take a very convincing argument to dissuade me from believing it was an attempt to cash in on the Star Wars craze. 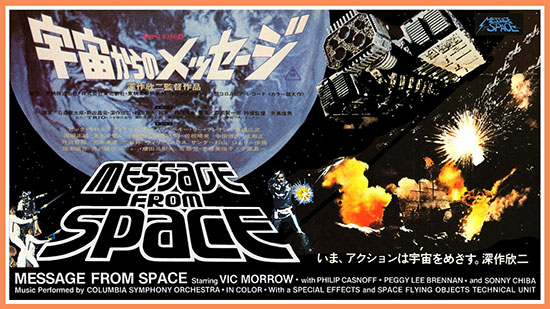 The film is about a peaceful planet in the Andromeda galaxy, Jillucia (sounds like something you’d get at an Orange Julius), being invaded by an evil empire that turns that world into a military fortress. Kido, the leader of Jillucia, sends out magic seeds into space to find heroes capable of saving their planet. His granddaughter, Princess Emeralida, follows the seeds with her bodyguard. I’m sure she had a good reason, but really she’s there because the movie needs her to fulfill her destiny of being a professional hostage. The seeds do end up in the hands of a warrior-prince from another world, a robot, a bunch of barely-likeable idiots from Earth, and the remains of Vic Morrow’s dignity. 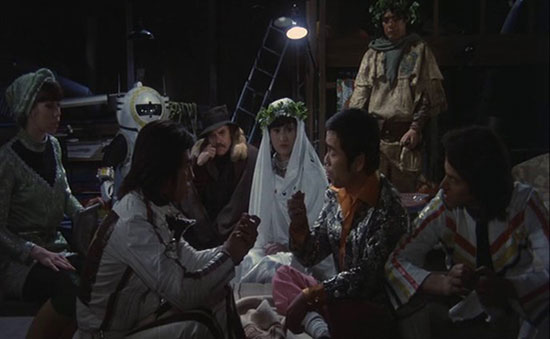 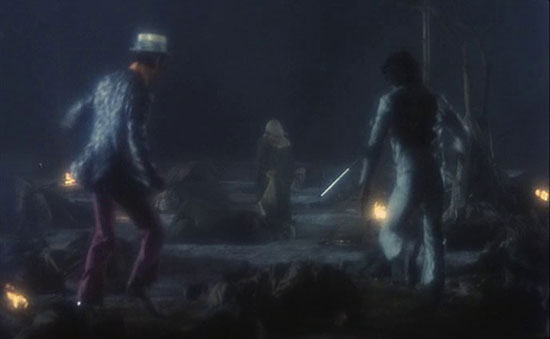 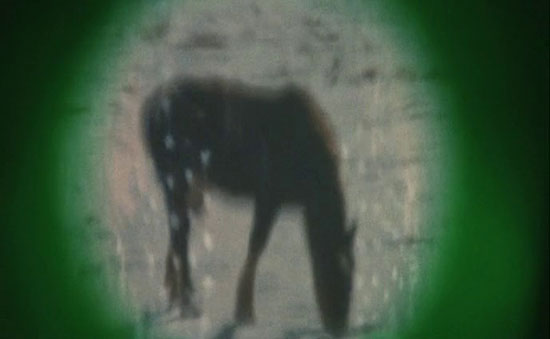 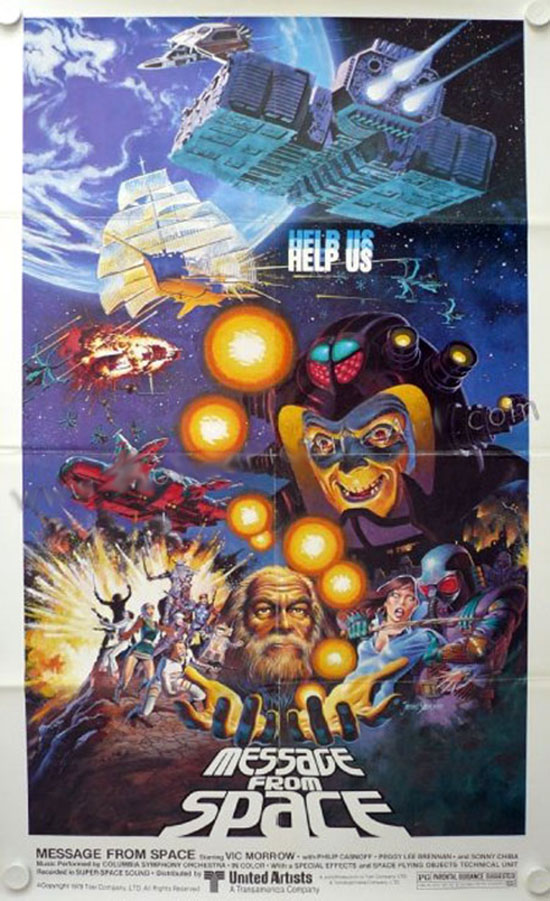 While doing some research (okay, I Googled it), I found out that this movie was the most expensive Japanese production ever made at the time. Sadly, everything looked cheap and the special effects were poorly executed. Instead of looking like something that could have been done by George Lucas himself, the special effects seem like they were done by someone who barely had a grasp of the concept of what they were doing. The filmmakers also didn’t seem to understand some very basic knowledge of astronomy, like the fact that humans actually need a full suit to go into the vacuum of instead of just putting on a helmet to go out of their ship. These are the things that tend to shatter the audience’s suspension of disbelief. If you’re not rolling your eyes at the effects, you’re then groaning when the film ignores the most rudimentary facts of science that even grade school children know. 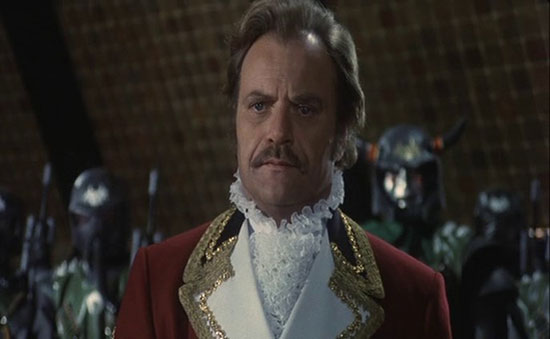 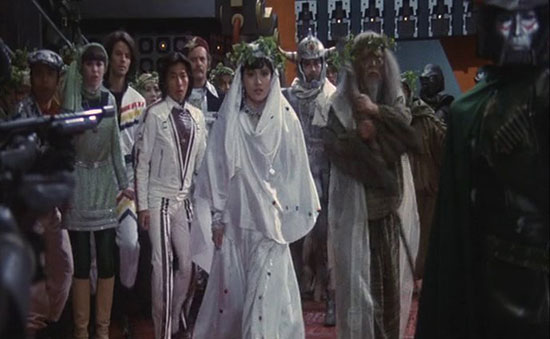 Not helping matters much is how underdeveloped the characters are. Most of them are barely two dimensional, and not much is done to flesh them out. Two of our would be heroes are pilots that like to race around in space. Basically, imagine them as street racers, just with spaceships. Beyond being in trouble with some mob-types, not much is done to really let us know who these people are or what their motivations are. At one point, one of them admits he’s in love with the Princess even though he’s barely had a real conversation with her.

The only interesting characters are Sonny Chiba’s Prince Hans and Vic Morrow’s General Garuda. Chiba is barely given anything to do until the end of the movie when he starts using his energy sword to fight.. General Garuda was intriguing because he’s a guy tired of all the crap he’s had to put up with in the military and is initially reluctant to get involved until later in the movie. However, Vic Morrow looked and acted like someone who’d rather be doing anything else than this movie, so his performance was pretty flat throughout the whole thing. I actually began to suspect all the alcohol we see his character drinking was real. 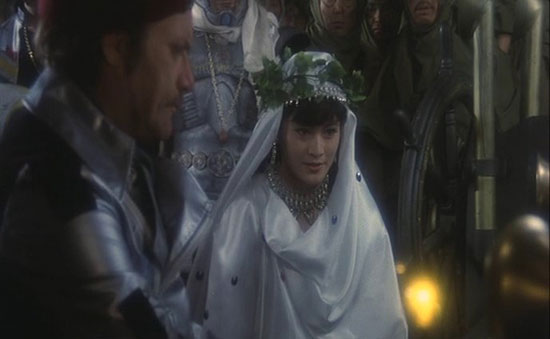 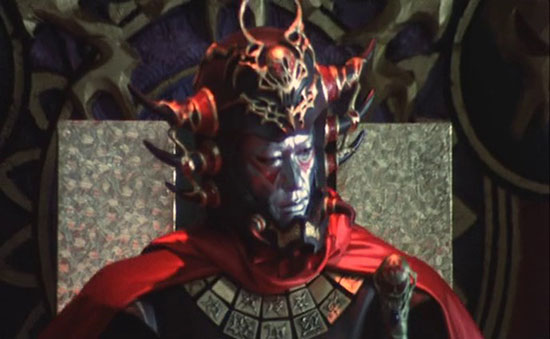 The battles weren’t interesting, the special effects were shoddy, and the acting uneven at best. it may not seem like there’s much to recommend, but I couldn’t help but finding some charm. A lot of the Japanese cast were pretty earnest in their roles and gave everything they could. That coupled with the gripes I had worked as some kind of strange alchemy that created a cornball goofiness that made me smile at times. Is it something I recommend you go out and watch? Only if you have some friends along for the ride to help you make jokes at its expense. Otherwise, you may want to avoid it.