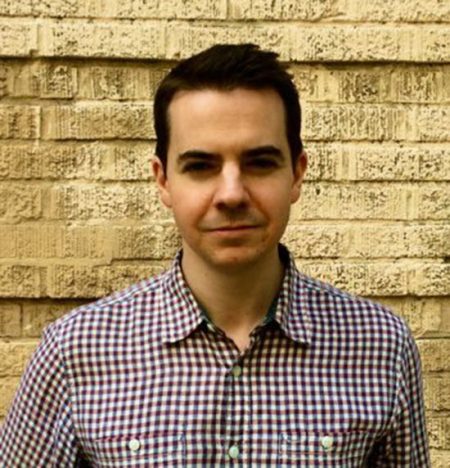 Hi Stephen, How are you doing?

Stephen- I am good. I am excited and I love chatting up horror and “Hell House”.

So tell us about “Hell House” and how the idea manifested for you?

Stephen- Okay! Great question! I love abandoned photography so I love abandoned buildings and old abandoned homes where there is a story there that nobody knows, it is just hidden inside this abandoned structure. I found this house outside of New York City up in Rockland County.

It was this beautiful abandoned house and it was kind of eerie and spooky. From there the story came about like well what if years ago there was a haunted house put on here and the people that put on Hell House use this abandoned building to build their new haunt outside the city so originally I was going to make a movie about someone who put on a haunted house and it went wrong. I thought it would be better if they came upon an abandoned site that had its own history first and the story evolved from there and they left the city, they went out and found this abandoned building and it actually turned out to be a hotel for filming reasons. It just kind of went from there. The story took a long time to write not because it was a complex story but it was more about perfecting the scares and making sure the scares aren’t cliché and not just little jump scares. Every scare we did and that people would enjoy and the kind of scare that I personally like myself which is very subtle. I don’t like monsters popping out of closets. I like the little things that happen that unsettle you and send a chill down your spine.

I think you did a great job! It had great scares, it kept you on the edge of the seat and the location was great!

Stephen- Thank you for that. I appreciate that. Whenever I am watching horror, even horror that I love I hate when they do a fake jump scare like when a cat jumps out. They jump the music up just to get you to jump because the cat jumps out and it is an unnecessary jump scare. So I just wanted to do away with all those and just have chilling moments. Some people seem to like that too and I am glad that there are a lot of people that like subtlety in horror. 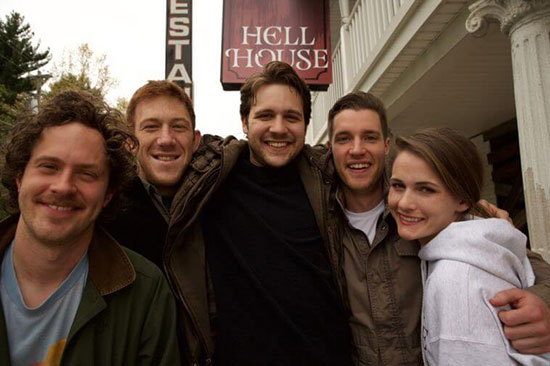 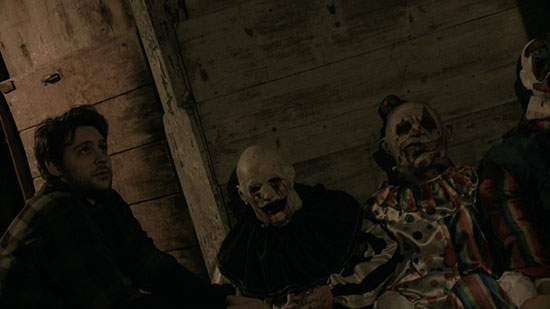 Did you always know that you wanted to get into filmmaking and writing?

Stephen- Yeah always directing and writing but the funny thing is I never thought I would make a horror film. All throughout film school and when I was younger I never once thought I would make a horror film. I always saw myself in comedy. All my student films and the shorts I’ve made in college were comedic based short films. My wife and I watch horror movies all the time. I’ve always loved the genre. Someone proposed to me and said hey we are considering making a horror feature and it ended up being one of my executive producers and I said yeah I love the genre I’ll give it a crack.  “Hell House” is the first horror I’ve ever written and it was just me adding a lot of what I look to see in horror films into a story.

There is a lot of craziness and various shots that are interesting. Did you face any challenges while shooting?

Stephen- Yes we shot for ten days and we packed about 96 pages of script into ten days.

Wow! That is crazy!

Stephen- I thought this and this is what every person on the crew said to me when I told them that and they are telling me the same thing for my scheduling for shooting “Hell House 2”. My logic on that was we are shooting mostly found footage so we can get away with a lot of pages per day. The biggest challenge was and the hardest thing to shoot was with all the extras and the scenes where there is chaos, firefighters, tour goers and EMT’s rolling up. It had to be timed and rehearsed and it had to be shot from very different perspectives. That added in a challenge. Everyone did a great job.

How did you feel the cast did and what was it like working with everyone and directing the cast?

Stephen- When we all first got together for our first table read I told them that the script, I don’t need any of you guys to say the lines word for word, the lines in the script word for word. I want you to say it as naturally as it comes to you so all I need you to do it get there. Natural ability in these things is what is going to drive it the most. I just told them don’t worry about getting everything line for line. If it ends up being fifty percent of what is actually scripted and fifty percent improv that’s fine. The cast was just great! 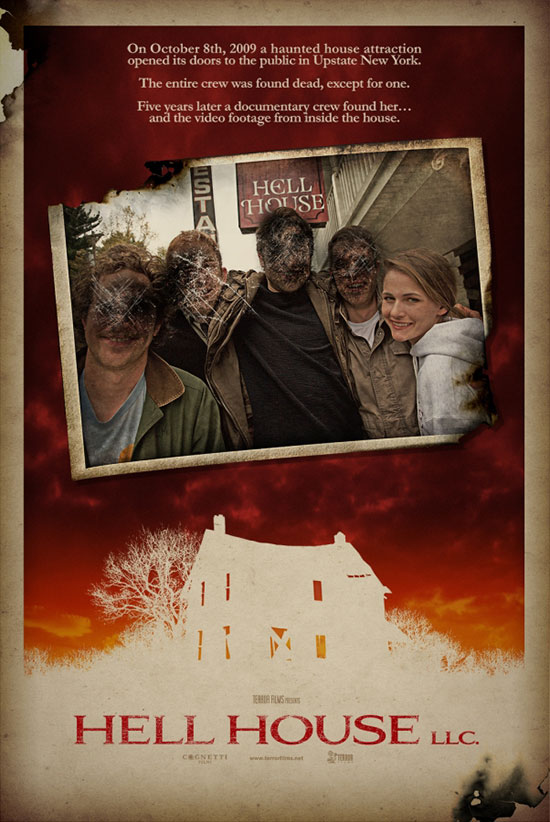 Do you have a favorite horror movie that you can watch over and over again?

When you watch “Hell House” you sort of feel the claustrophobia. Did you guys feel that way while filming?

Stephen- Yes absolutely. The hotel where we shot is a maze and it’s hard to get your bearings. You can get lost and not know how to get back to where you came from. It is a series of corridors and hallways that have trap doors. Everyone got turned around in there and you are in the dark and everyone had a walkie-talkie. It was a perfect place to shoot for that. In terms of the claustrophobia that was an inspiration for the scene where everyone is trying to get out of the hotel and escape. 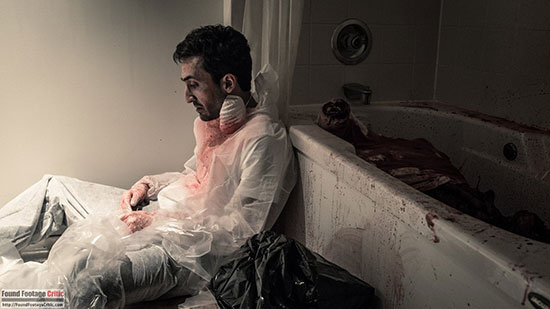 What is next for you and you mentioned a sequel? Is that your next project?

Stephen- The next few months is going to be pre-prepping and filming for “Hell House 2” and we are filming the majority of it is going to take place in the hotel where part one was shot. I want to tell more of the story of the hotel and when Hell House gets there and sets up their haunt there is so much more going on than just Hell House and the haunt gone wrong. There are people who want to know the history.

What do you want to say to the audiences that will be watching “Hell House”?

Stephen- We are coming out with the director’s cut DVD and the thing I like most about the director’s cut is it’s fully what we scripted. We cut a lot of scenes and my first cut of the film was about 97 minutes and we cut that down to 90 minutes and it was mostly for time reasons. I think fans of “Hell House” would love to see the full 97 page script in actuality and that’s what we are doing here. It is the slow burn of subtlety and you are going to slowly get creeped out as we get into the second act and we build from there with my favorite kinds of scares and I just hope people can appreciate that and check out “Hell House” and hopefully they like that too. 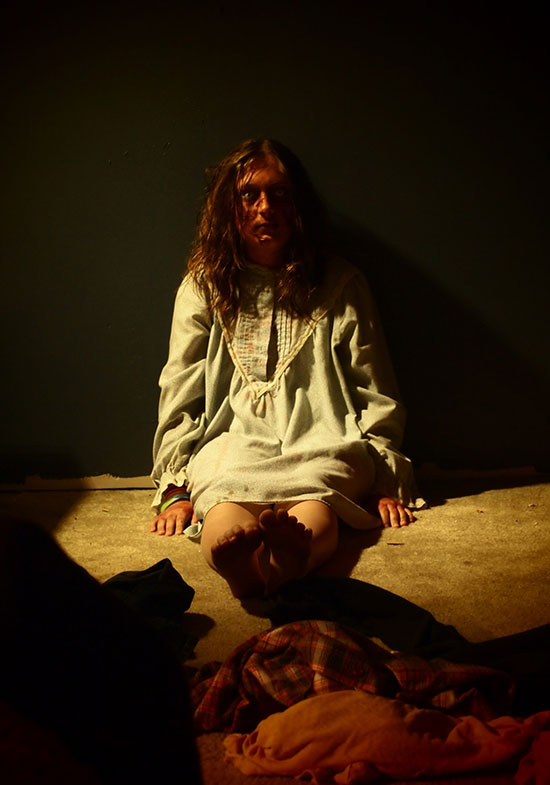 There are tons of bonuses on the DVD along with the Director’s commentary and more. So that is awesome for the fans.

Stephen- Yeah I just kind of give a little bit of insight into the scenes and where they originated from. My take on horror in a more specific fashion. I tried to make the commentary as enjoyable as possible.

Thank you so much Stephen. It was an honor to speak with you.

Stephen- Thank you so much Janel.

I do have to tell you that I did love the film and it sort of made you feel like you needed to run outside and take lots of deep breathes and you really feel for the people who are stuck in Hell House! You really did a great job.

Stephen- Oh thank you so much for saying that! 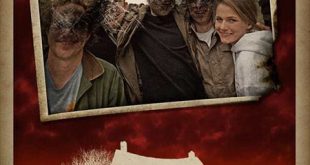 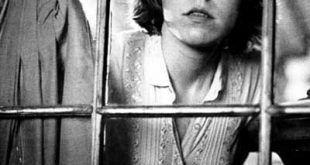