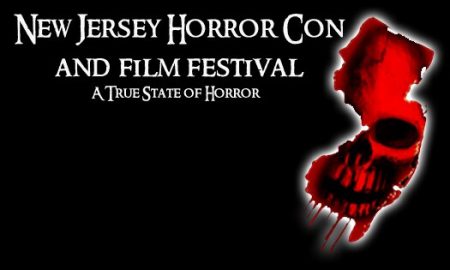 Bringing Filmmakers and Celebrities Together in an Awesome, Three-Day Event Held Twice a Year

The New Jersey Horror Con and Film Festival premiered in March in Edison, NJ. It will be held again in Central New Jersey and is set to be an even bigger event than the first. For starters, among the personalities scheduled to appear are a reunion of Wes Craven’s 1991 thriller The People Under the Stairs featuring Brandon Quinton Adams, Sean Whalen, Kelly Jo Minter, and Jan Birch. Also scheduled to be on hand will be Tyler Mane and Scout Taylor-Compton from the now ten year-old(!) Halloween reboot from Rob Zombie, Miko Hughes from Pet Sematary, director Kevin Tenney (Witchboard – that’s thirty years-old!!), Linnea Quigley, and Diane Franklin. The guest list is expanding weekly and the festivities include:

30 vendors who have paid on or prior to May 1st

The convention will be held at the Renaissance Woodbridge Hotel, 515 U.S. 1, Iselin, NJ 08830 which is half a mile away from the Woodbridge Center Mall, and two and-a- half miles away from the Menlo Park Mall on Parsonage Road in Edison, NJ.