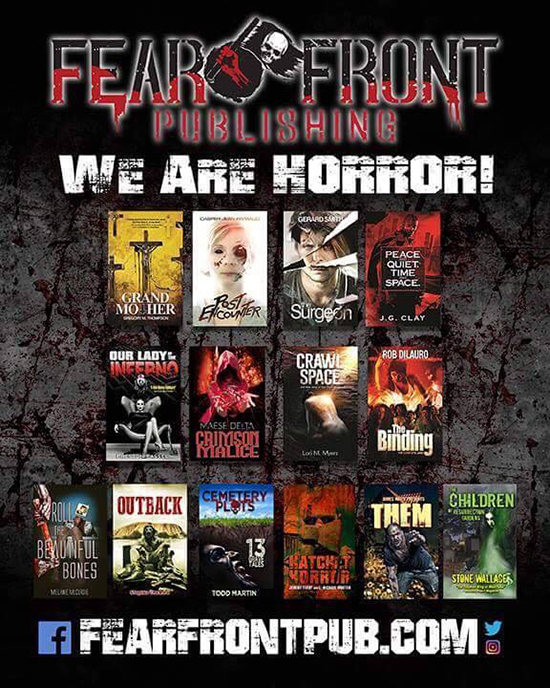 The warm skies grow dark and the temperature begins to chill the landscape like the blood when you are frightened, new literary horror is here to put a little sinister in Spring.
Six new writers bring you tales of terror that will captivate with fast-paced cinematic story and new takes on classic horror tropes.
Included in this wave of release are authors James Watts (THEM), Melanie McCurdie (Roll The Beautiful Bones), Todd Martin ( Cemetery Plots), Stone Wallace (The Children of Resurrection Gardens), Jeremy Terry and L. Michael Wooten (Hatchet Horror) and coming in early June Kelsey Bentley (A Journey Through the Zombie Apocalypse and I)
Synopses:
Stone Wallace-The Children of Resurrection Gardens
From “The Stephen King of Manitoba” (Western Report Magazine)
Bloody Mary, Bloody Mary
Lived in a house by the cemetery…
Clear Vista, California is picturesque town overlooking a tranquil bay on the Pacific. Quiet. Friendly. It’s a great place for children to grow up.
That is if they grow up.
But an unusual number of children in Clear Vista don’t live long enough to grow up. A car accident. A hit-and-run. A tumble down the basement stairs. A suicide. So many tragedies fill the plots in the local cemetery, Resurrection Gardens. The worst is the disappearance of the eight-year-old Loewen twins, Heidi and Holly. When their bodies are found in the cemetery’s tool shed, the horrified townspeople are desperate to find the predator that has come into their midst.
Under the mounting pressure, Police Chief Braden Powell searches for the culprit, but he soon finds himself investigating a string of additional deaths. Adults this time. All parents of lost children. They’re definitely not murders, but they’re definitely not natural, either. Is the town of Clear Vista just unlucky, or is something far more sinister moving over the horizon?
James Watts-Them
In the small town of Maple Grove, Alabama, an ancient evil resurfaces to claim its right to life and the human race be damned.
When Ray Sanders returned to Maple Grove to attend his mother’s funeral, he never planned to have to overcome all of his insecurities in order to save the town from an evil as old as time itself. For over a hundred years, the town of Maple Grove has suffered from the deranged minds and unquenchable hunger of parasitic creatures not of our Earth. Once before in a sacrifice of blood, the forces from beyond were locked away presumably forever. Now they have returned, hungering for their chance to evolve. It will be up to Ray Sanders, his cousin Roy, and a woman either them recall to stop this evolution and prevent the reign of these ageless creatures before their evil can spread. 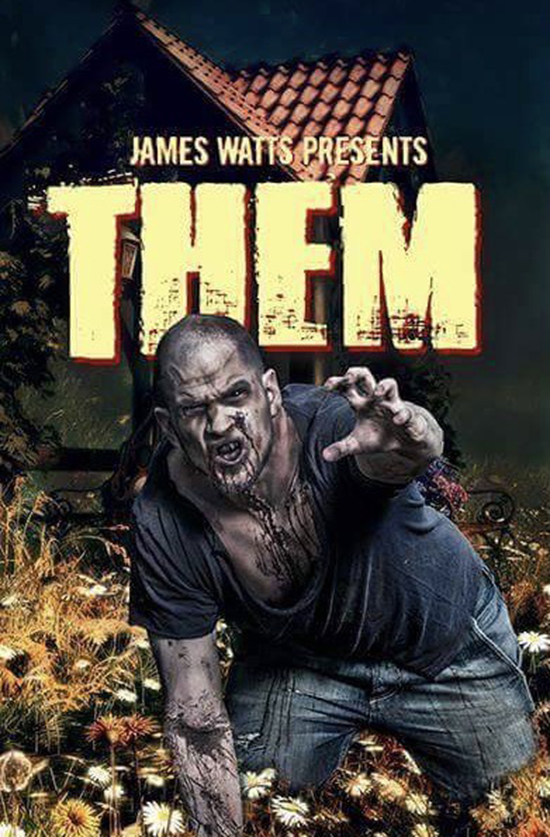 Todd Martin-Cemetery Plots
Horrible things happen to ordinary people all of the time. Just ask some of the people who appear in this book. People like Vince, just an ordinary businessman that makes the mistake of stopping in the wrong town one day and soon learns to regret it. Or how about Kate, a young teacher that hates her job and students who encounters the day from Hell during her last class of the day one afternoon?
Let’s not forget about Glen, whose joy of winning the contents of an abandoned storage unit at an auction soon turns to pure terror when he finds out what is inside of it. Then there’s always poor Quinn, whose dreams of wedded bliss become a nightmare when an uninvited guest crashes her bachelorette party.
You will encounter all of these terrifying experiences.  Just keep it mind that after reading it you may look at your own ordinary life a bit differently because you never know. Someday you may find yourself in a similar situation as the victims within these pages.
Cemetery Plots: 13 Graves Tales-the short horror story collection people are dying to read. 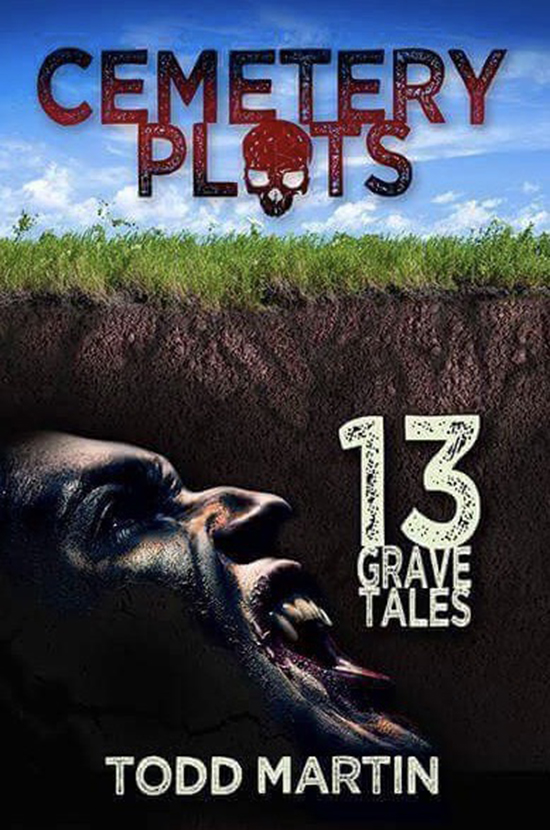 Jeremy Terry/L. Michael Wooten-Hatchet Horror
For Kevin and his group of friends their yearly camping trip is like coming home.
This year they are venturing into the wilds of the Great Smoky Mountains of Tennessee, unaware that they are headed straight into the bowels of Hell.
The Hatchet Man is the name the media gave to the most prolific serial killer in Tennessee’s history. Everyone believed him dead at the hands of the police many years ago, but sometimes dead isn’t forever, but sometimes there is a way back.
When the group of campers happens upon the Hatchet Man’s remote cabin miles from civilization a chain of events is set in motion that will paint the mountains blood red. With one of their own taken by the Hatchet Man, Kevin and the others must make a desperate dash through the forest with the specter of a killer hunting them.
Will any of them reach the bottom of the mountain, or will the Hatchet Man carve a new legacy of terror into their flesh? 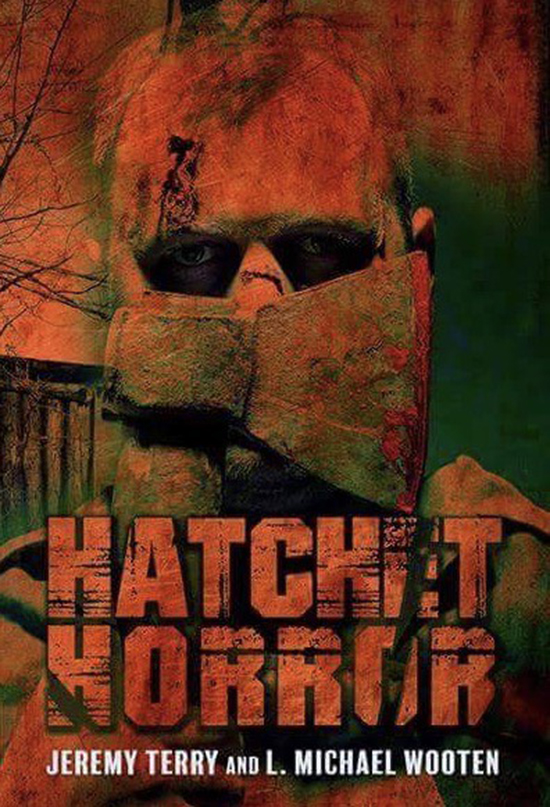 Melanie McCurdie-Roll The Beautiful Bones
In the small town of Skull Creek, death is on the prowl.  Some say that it is a copycat killer out for his moment of fame, but Jacqueline DePasse and her diligent crew of detectives soon learn that it is so much more than a tribute to the only known and convicted female serial killer in captivity,  Cathleen Carson.
Jacqueline with the assistance of crime reporter Jake Michaels and her team soon discover that one victim has survived and that she will be the one that must Roll the Beautiful Bones and find the key to stopping a killer before he strikes again.
Available this week in paperback and Ebook formats worldwide on Amazon for $11.99 and $7.99.
Coming June 1st:
A Journey Through the Zombie Apocalypse and I by Kelsey Bentley
Available now from Fear Front’s Fall and Winter Release Lineup:
The Surgeon by Gerard Smith
Crimson Malice by Maese Delta
Peace and Quiet, Time and Space by J.G. Clay
Our Lady of the Inferno by Preston Fassel
Crawlspace by Lori Myers
Grandmother by Gregory Thompson
The Complete The Binding Saga by Rob DiLauro
Spook Sleuths by Paul Counelis
Fear Front Publishing…We Are Horror!