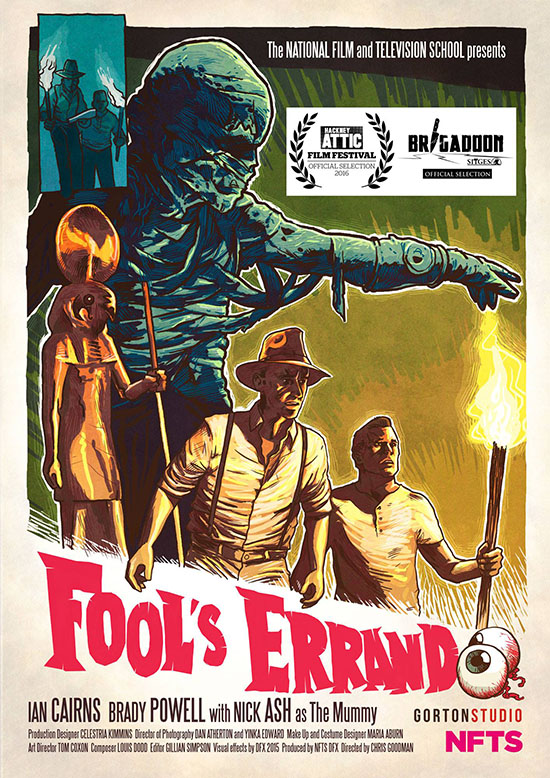 Two hardened mercenaries get more then they bargained for when they attempt to steal a priceless amulet from the tomb of a dreaded Egyptian sorcerer.

In this film, we meet two Indiana Jones-type explorers (played by Ian Cairns and Brady Powell) who have opened a tomb in Egypt attempting to steal a sacred amulet from the sarcophucus of a mummified wizard. Now if you know anything about this sort of story, you already know it’s not going to end well for somebody.

So this is fun. I wasn’t able to find out too much background on the film, but I did learn it was created as a learning tool for the National Film and Television School, a group founded in 1971 that provides training for new talent in the British film industry.

For what is basically a student film, the overall look of this film is quite incredible. Mr. Goodman’s company (Millennium FX) creates a  beautiful mummy, and all the effects that follow are simply brilliant.

The story is well assembled. You get pretty much everything you need to know in the time allowed. It feels like it should be a prequel to a larger story, which maybe someday we will get.

So using my special short scale of one to five, five being awesome, I’m giving this film 4 mummies.