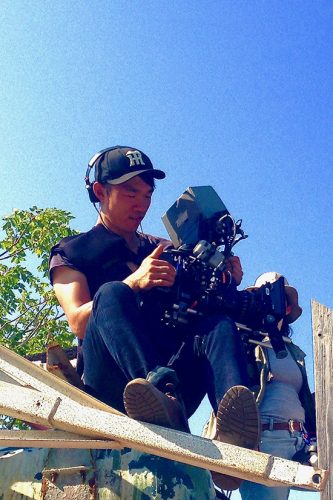 Sung Rae Cho (Shoichi) or Sho as he goes by, was born in Kyoto Japan and currently resides in New York City. He is the Director of Photography for The Transfiguration and has worked on numerous films.  The Transfiguration first premiered at the 2016 Cannes Film Festival in the Un Certain Regard section.  Sho captured the film’s moody images and shimmering visual tension on a Canon Cinema EOS C500 and EOS 1D C as well as Canon cinema zooms and primes.  The US premiere of the film was at SXSW 2017.

HNN was lucky enough to catch up with Sho during his busy schedule and have a conversation about his career, film making, trends in horror films and so much more!

Sho – Hi, this is Sung Rae Cho or just call me Sho.

Hi, Sho, I really do appreciate you taking the time to talk with me.

Sho – No problem, Thank you.

When did you know that you wanted to be a cinematographer and how did you first get into it?

Sho – Originally I was a Political Science student. Just out of curiosity I took a class in Theory of Cinema and I didn’t have enough extra credits for the class, so they offered for me to work on a short film. And I said yes and spent one weekend just doing everything. Then someone else asked me to work on a film and I did, and somehow the film was shown to a Professor who was a filmmaker who was teaching at the school. And he asked me if I would shoot his film.  And students asked me to shoot their films. And I was like, maybe okay this is what I want to do. I was an assistant for six years.  I was also fascinated with film and how people do it.

Do you have any influences? Are there any People who inspire you?

Sho – You know I’ve had interviews in the past and they all ask me the same question (laughs).  Really I would say Chris Doyle, not just because of his body of work, but culturally. I don’t necessarily agree with everything he does, but he’s worked not just with Chinese culture, but he has continued to work globally.  I grew up watching certain filmmakers work and would say I was probably influenced by that.

Do you prefer to shoot on film or digital and why?

Sho – Personally, if the condition meets, you know half of it is decided by the budget. You know there are big directors who go against digital media.  Anything that can be shot on film, usually instead of digital, usually they don’t want anything on analog. But, I prefer film, if it’s something that’s capable, as far as location, time, etc. 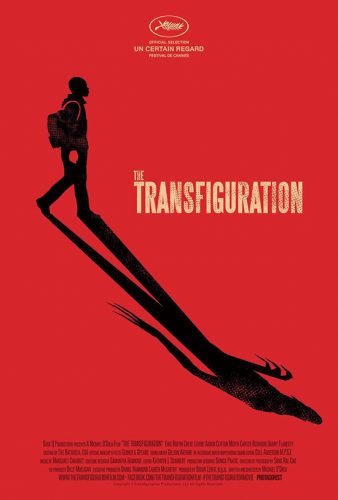 Did you know there are people shooting low budget films on iPhones?

Sho – Yes, I have seen them. A lot of things contribute to iPhones being acceptable. I think everyone is a filmmaker, everyone is just snapping everything. My 7 year old nephew is a filmmaker. So, I think people are used to that kind of look or the technology and the apps.

I saw The Transfiguration and I really loved it.  It has such a moody atmosphere and I thought the cinematography was excellent.  Do you have any favorite shots/scenes from the film?

Sho –  I like the scene where they go on the last date at Coney Island. It feels and captures… that was just shot much later in the schedule. We shot almost chronologically. The two actors, the guy who plays Milo and the girl who plays Sophie, they had somewhat of a chemistry and it shows. I had a hard time believing they were not emotional, because the first time we shot where they were supposed to be close, the actors were so used to each other. They’re just two kids and they got close and it shows. 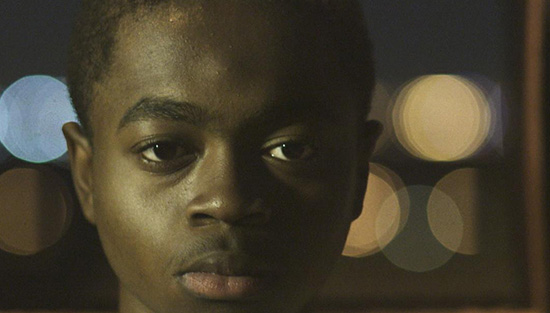 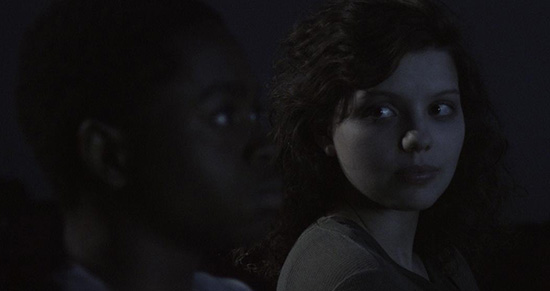 What is your favorite part of the process? Coming up with the look or executing it on set?

Sho – I think with the director, Michael O’Shea, we had a lot of stuff going against us, but we just kept talking and working together about specific scenes or shots. We talked about locations, every process that I was able to build the trust and synergy that comes with the process.  But once we started filming, everything was so hard, but it just went so quick. We had to screen a lot stuff to keep the shoot on schedule. Everyone worked hard, but we were working in New York City in the summer.  I had to walk the camera department through every process with the equipment, but they got better. Something worked out. We didn’t always have a second take on the shots. The director, Mike, told me what he wanted and we worked together on that.

How did it feel to have The Transfiguration featured at The Cannes Film Festival? It’s not usual of them to select a horror film, so how did that feel?

Sho – I think it’s certainly a challenge for a new film. It’s maybe not necessarily considered a horror film, but I think any genre, any good film that’s a drama, that takes a risk is good. And I know that some people didn’t necessarily agree with the choice.  But I think it’s an excellent choice for a film.  I’m excited.  It’s a unique achievement. You know it’s not your typical film. Some people might think it’s too artsy. The people that watch typical horror films might not go watch this film. 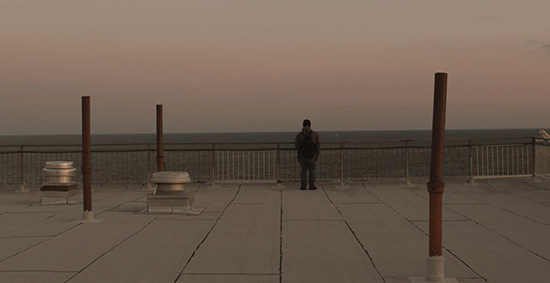 Are you working on any new projects that you can tell us about?

Sho – Yeah, right now I am prepping a horror/comedy.  He sent me a script and it’s basically, I would say, a better version of “Get Out.” I don’t know why “Get Out” was so successful. I saw it and it’s a huge success. That’s the trend of horror, the thing of the moment. Some people want to tell those stories. I think it’s important to work other people up.

For my last question, I wondered if you are a fan of horror movies and if so, what is your favorite horror film?

Sho – I’m from Japan originally. I like J-Horror or Korean horror. I grew up watching that.

I love J-Horror! I think Asian horror in general is much scarier than American horror and I think that American audiences can’t handle it.

Sho – Yeah.  My 64 year old mother, she watches all kinds of films, but sometimes she likes to watch horror films. And she asks me if I can work on an Asian horror film.  You know not everyone’s 64 year old mother is doing that (laughs). It’s different.  It’s scarier for Americans maybe because they question people’s faith, and that’s not so much for Japanese people. Japanese, you know, there is a spirit and there is a different way of looking at death, so it’s easier for Japanese to create characters based on ghosts. I think that’s the kind of thing that horror can teach you, a lot about tradition, and you get used to that. I think with Asian horror, at first it might seem silly , but after one or two, people start to understand the different culture and I think after a while it’s much easier for them to swallow. It doesn’t really make one (kind of horror) less or more, it’s just different.

I know you have a busy schedule and I really appreciate you taking the time to talk with HNN! I wish you so much success and again congratulations on the success of The Transfiguration!

Sho – Thank you so much. 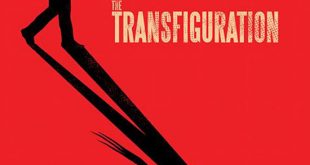