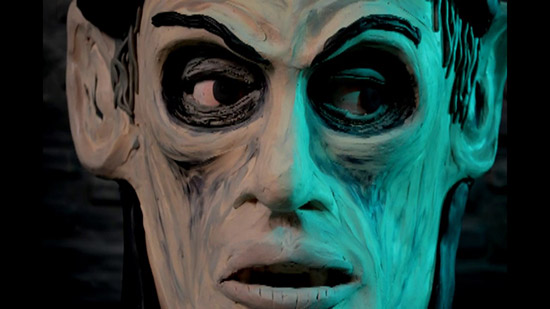 This is a clay animated horror taking place in WW2. It involves an enemy more dangerous than those encountered in war.

This is a clay animation film. For those who don’t know, clay animation is a process by which an animated film is created by photographing sculptures one frame at a time. It’s an arduous and time consuming process. If you’ve read any of my reviews in the past you will know how much I love these things. I lack the patience to create such works, so I have a lot of respect for people that can do it.

So our story here is set in World War two. A small group of German soldiers have discovered an old church and decide to take a look around it. Alas, if only they watched horror movies. Then they would have known better.

A single German soldier finds himself imprisioned in the church when an American (Canadian, maybe…allied forces, either way) comes along and discovers his plight. They decide to call a truce and work together to escape the horror. 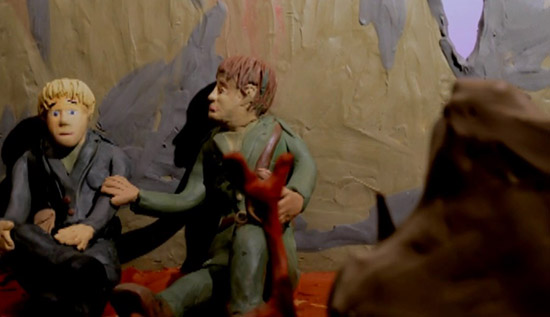 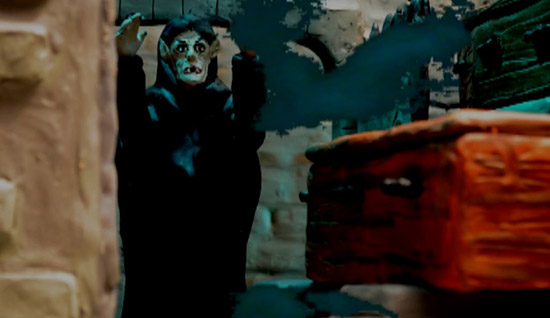 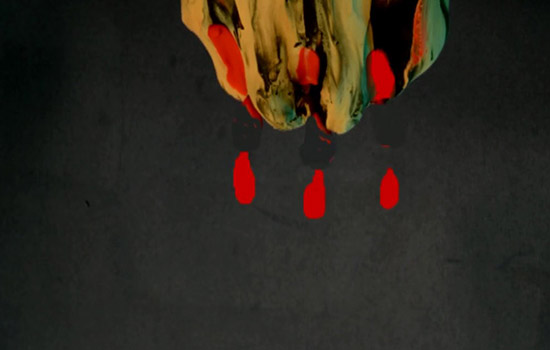 This particular film does not feature the kind of hyper-detailed figures or super-smooth animation that one would find in a huge production like THE NIGHTMARE BEFORE CHRISTMAS. However, the animation here is all done by hand and the sets and characters are well thought out and designed.

Lots of good stuff with the sound, foley, and score going on as well. Remember that, unlike a live action film, every single sound has to be created and layered in for animation. Some interesting sound choices going on in the background.

So using my special short scale of onto five, five being awesome, I’m giving this film 3 tombstones.