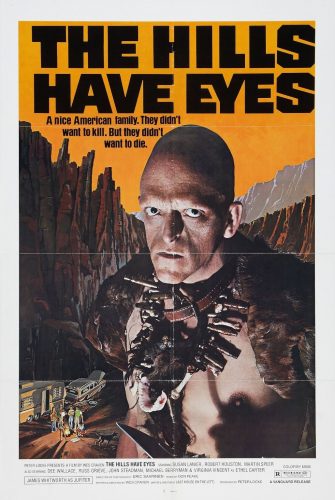 A family on vacation in a station wagon and trailer make a wrong turn into an off-limits territory that is inhabited by a family of cannibals who stake them out during the night.

As a teenager, my introduction to the cinema of Wes Craven came in the form of his 1981 rural Amish-like outing Deadly Blessing, which starred Maren Jensen of Battlestar Galactica (1981) fame as well as Jeff East from Superman: The Movie (1978), Lois Nettleton, Sharon Stone in one of her earliest film appearances, Susan Bruckner, and most notably Ernest Borgnine.  Like many of my contemporaries, I caught up with the film on home video. It’s by no means a classic, but it’s an enjoyable 103 minutes nonetheless. It whetted my appetite for more of Mr. Craven’s work.

One Saturday in July of 1984 I did my best to tune in a television station from Philadelphia, channel 29 WTAF-TV, which was airing his 1977 film The Hills Have Eyes. I didn’t know what to expect, but I loved the title and was very aware of the film from the movie adds that I used to see in the newspaper when it was shown theatrically seven years earlier. I can remember seeing a scene from it on the The Science Fiction Film Awards in 1978 (which deserves an award itself just for the opening dance number to the “Meco” version of the theme to Close Encounters of the Third Kind) when it was up for Best Horror Film and the award was given out by Wolfman Jack, Waylan Flowers and Madame (I kid you not) and The Little Girl Who Lives Down the Lane won(!)  However, I didn’t really know what it was about. 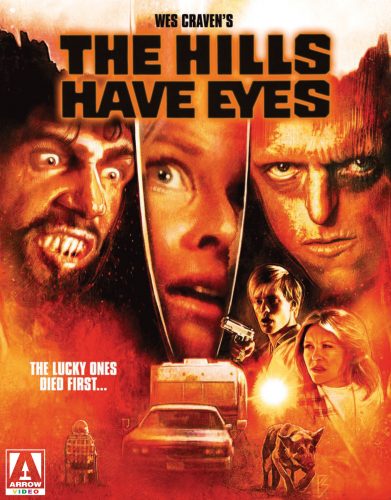 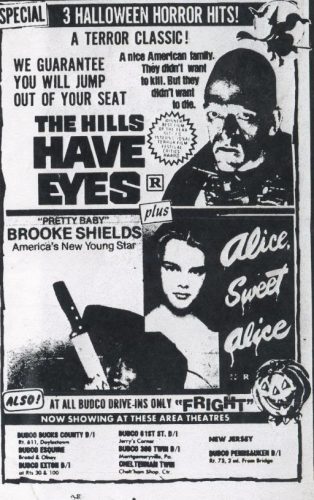 The interesting thing about The Hills Have Eyes, which opened on Friday, July 22, 1977, is that its genesis is in a purportedly real-life scenario which ostensibly took place during the 1500s.  Legend has it that Alexander Bean, nicknamed “Sawney”, was the son of a landscaper who settled in Bennane Head, Scotland with his wife.  Apparently, he has multiple sons, daughters, and grandchildren, some of whom were (ugh) the product of incest.  This ragtag group of social undesirables had no real skills other than sneaking out from their lair in the middle of the night and killing anyone who passed by, until others put two and two together and had Sawney’s family eradicated.  Naturally, this is based on legend and most people seriously doubt the veracity of these claims but it makes for decent horror film fodder. 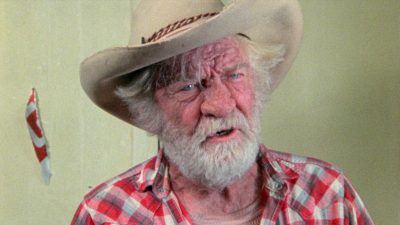 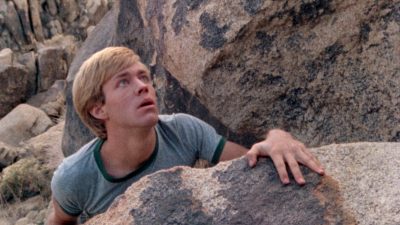 What makes the premise of The Hills Have Eyes so utterly gripping and terrifying is that it’s a story that is mired in everyday life, present day. The chances of the average American family, whatever that family consists of, running into a group of cannibals is, this scribe sincerely hopes, fairly remote. However, the idea of being out with one’s loved ones and having the car break down with no recourse, only to be terrorized by a gang of crazies is petrifying. How would one react in a situation like that? What makes the film so disturbing is that it’s not afraid to “go there”. We have Dee Wallace as the lovely young wife and her little baby which, I’ve always thought was a bad idea to put them in danger like this. There are some directors who simply go too far, and I do feel that in some respects this film contains scenes that do that. In some ways I’m reminded of Greg Lean’s superb Wolf Creek from 2005. 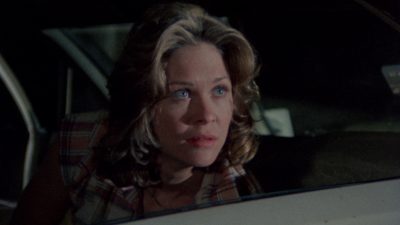 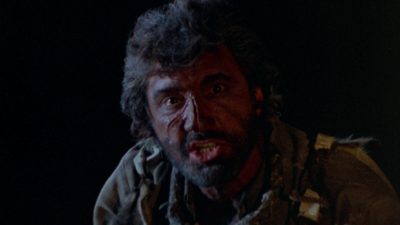 The new Blu-ray of the film contains a transfer that has been mastered from a 4K restoration from two separate 35mm Color Reversal Intermediate elements which were struck from the original 16mm negative which has reportedly been lost.  Needless to say, the film has never looked better. In some cases, the film looks too good, and the added resolution actually betrays some of the film’s more sinister moments, specifically the makeup on some of the mountain people looks like, well, makeup.

There is a wealth of extras on this disc as well, much of it ported over from the 2003 Anchor Bay Entertainment DVD but some new goodies as well:

Brand new 4K restoration of the film from the original 16mm negative, supervised by producer Peter Locke and viewable with both original and alternate endings

Optional English subtitles for the deaf and hard of hearing

Associated booklet featuring new writing on the film: Family Activities: Wes Craven’s The Hills Have Eyes by critic Brad Stevens, which looks at the film from the perspective of The Family Horror Film, The Western, and The Domesticated Male Strikes Back. Ewan Cant writes The Hills Still Have Eyes, which looks at how Mr. Craven only made the sequel to the film following the disappointing box office performance of his PG-rated Swamp Thing just prior to unleashing Fred Krueger on the world in 1984.  There are original archive stills sprinkled throughout the booklet.  This is a wonderful little addition that has become commonplace among the special editions.

Alternate ending, in HD for the first time