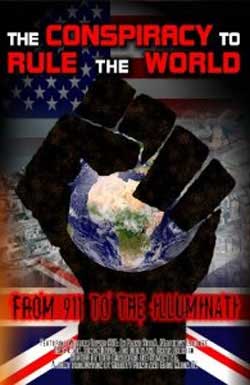 The individuals in this film all share a common bond – they were awakened. They awoke to a world that was unfamiliar to them and one that was often terrifying and bizarre. Suddenly those trusted men and women in power became manipulators and power hungry dictators and not the democratic leaders we are led to believe. A unique collection of evidence and theory is set out in this film to reveal a new world order.

I’ve seen my share of conspiracy series shows, especially when it comes to global takeovers, 911 and the underlying new world order agenda. I can’t say that they don’t intrigue my interest especially in these times as I feel like I’m experiencing life at ground zero. So when I do find a good one, I’m first to tell a few friends not only about the DVD itself but more so about the content covered. In the least, it makes for great table conversation, but in the thick of it…it’s due reason for concern. As I watched the film documentary “The Conspiracy to rule the world” I was reminded of scifi adventures I grew up on that I could safely say were just imaginative filmmakers.

Though when it’s real footage I remember clearly seeing on the nightly news, it’s much more that just fantastical cinema. We are told about the 911 incident and how the event is actually being spoken about these days as 2 conspiracies. The one we were led to believe with vindictive enemies that like to crash planes into skyscrapers and the one that conspiracy theorists have been analyzing since day 1.

The added dimensions to the bottom of the plane that crashed into the twin towers, the flash that went off right before impact, the idea that the passengers were actually taken off before and silenced by men in black suits. Oh, and if that peaks your interest then you might enjoy the segment about the supposed plane that was supposed to have crashed into the pentagon but yet is much larger than the damage done. How about the photos that reveal paper products that couldn’t have survived a plane fire and the weird BCC report that came in 20 minutes prior to the 911 crash even happening? All the evidence presented just doesn’t match the stories that they are giving us and that’s the thrill of these enigmatic circumstances. Are we living in a time that they only use to write about in past ages as fiction? Is the whole damn mess a piece of a larger puzzle thats being unveiled even as I type this? Watch this tape and let your gut feeling guide you. It may be the only truth your gonna get in these times. A fascinating study that kept me on edge and even had me rewinding to see portions again.

Other areas of the DVD include a study or discussion on the reality of the moon landings. I often heard about discrepancies, but till this day really didn’t know why there should be any. Once I watched this, it all started to make a bit more sense. For one we are told that at the time there was pressure to been have a moon landing, which falls into political agenda. Tools weren’t as advanced as now, so there could of been a problem with the original footage that didn’t quite turn out. We are also told that every mission had several practice missions on earth. Thru the footage we are led to believe that perhaps the footage we saw may have been earth footage for any of these reasons. Political, embarrassment or just public impression. Some fascinating stuff.

Who is the group that folks are now referring to as the “common purpose”? A researcher reveals that a underlying group has been formed in all walks of business and influence. The goal? to be groomed to handle a global agenda purpose as it is deemed necessary. This discussion is at the heart of global conspiracies that sounds more like science fiction. Well from recent events, it maybe just the kind of stuff that we all fear and are gearing up for.

In short, this is a fascinating study about specific events and circumstances that the public should hear. On of the bets in the series from this company I have seen yet. 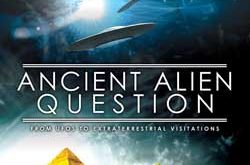