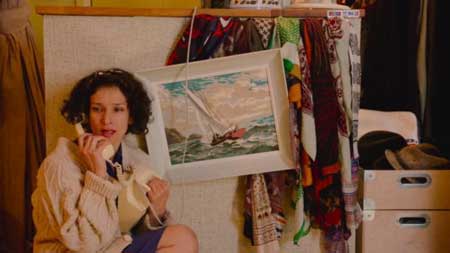 Another short film! Today we have a film from the UK called VINTAGE BLOOD, written and directed by Abigail Blackmore.

Ms. Blackmore plays Liv, a young urbanite who has just moved into a new home in a stylish part of London. As she shows her friend Charlotte (Ruth Syratt) around the new digs, they see a second-hand shop across the street with the words “evil” spray painted across the front. Obviously her friend is curious, and so Liv tells the story as she knows it. 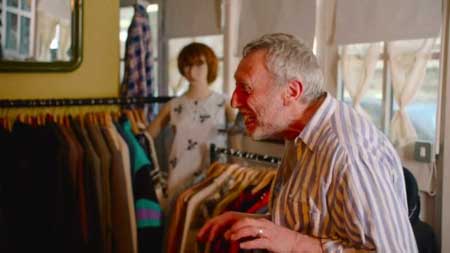 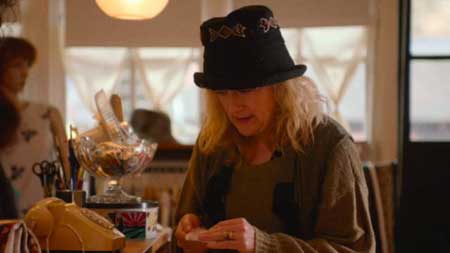 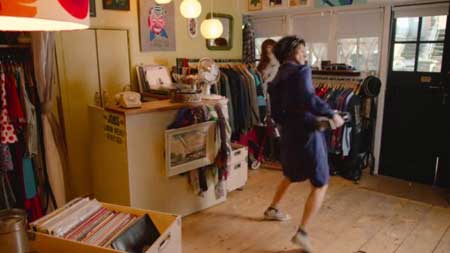 The former owner is a woman called Izzy (Indira Varma from GAME OF THRONES) who was cursed by an item she had purchased for her shop. An entity possessed one of her customers and said Izzy’s fiance  would die unless someone died in the shop first.

This is a perfect “ghost story with a twist”. It feels like an episode of TALES FROM THE DARKSIDE  or HAMMER HOUSE OF HORROR. It’s simple and effective.

Using my special short scale of one to five, five being awesome, I’m giving this film 4 pigeons.