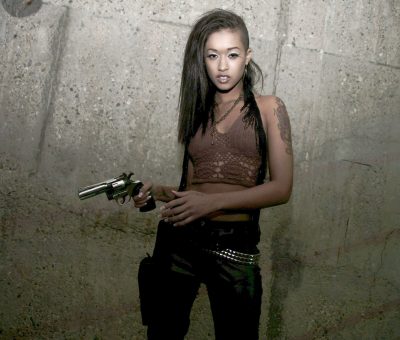 Skin Diamond is one of the most popular adult film performers in the world and she graces the cover of the penultimate issue of Filmrage (specifically Volume 2, Number 12).  Filmrage bills itself as “The World’s Most Exclusive Exploitation Film Journal”, but don’t let your preconceived notions of a “film journal” fool you.  This publication is not a magazine in the traditional sense of the word.  Rather, it is an oversized hardcover book that is designed to lie down on a large table.  Chock full of movie poster reproductions, lobby cards, and other black and white/color images of both sex and violence, it is a feast for the eyes.  While most publications have writers who write about certain films and directors, this one has essays written by the actual makers of the films they are writing about.

– A look at Harry Bromley Davenport’s Xtro by Tim Dry who played the monster in the film. 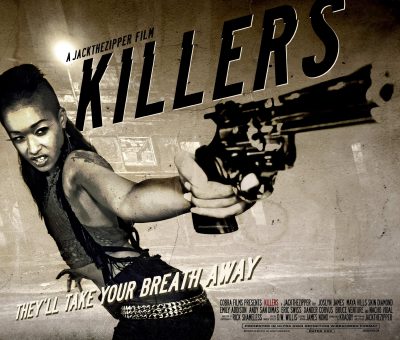 – Philippe Mora on his Howling sequels

– Barbie Wilde on Queen of the B’s!

– Reviews of The Beauties and the Beasts, The Amityville Horror, Maniac (with Elijah Wood), and Meet the Feebles (which needs a Blu-ray special edition, by the way!)

– The Dark Waters of Cecil by Rick Castro

There is also a PDF equivalent that can be downloaded for $10.00